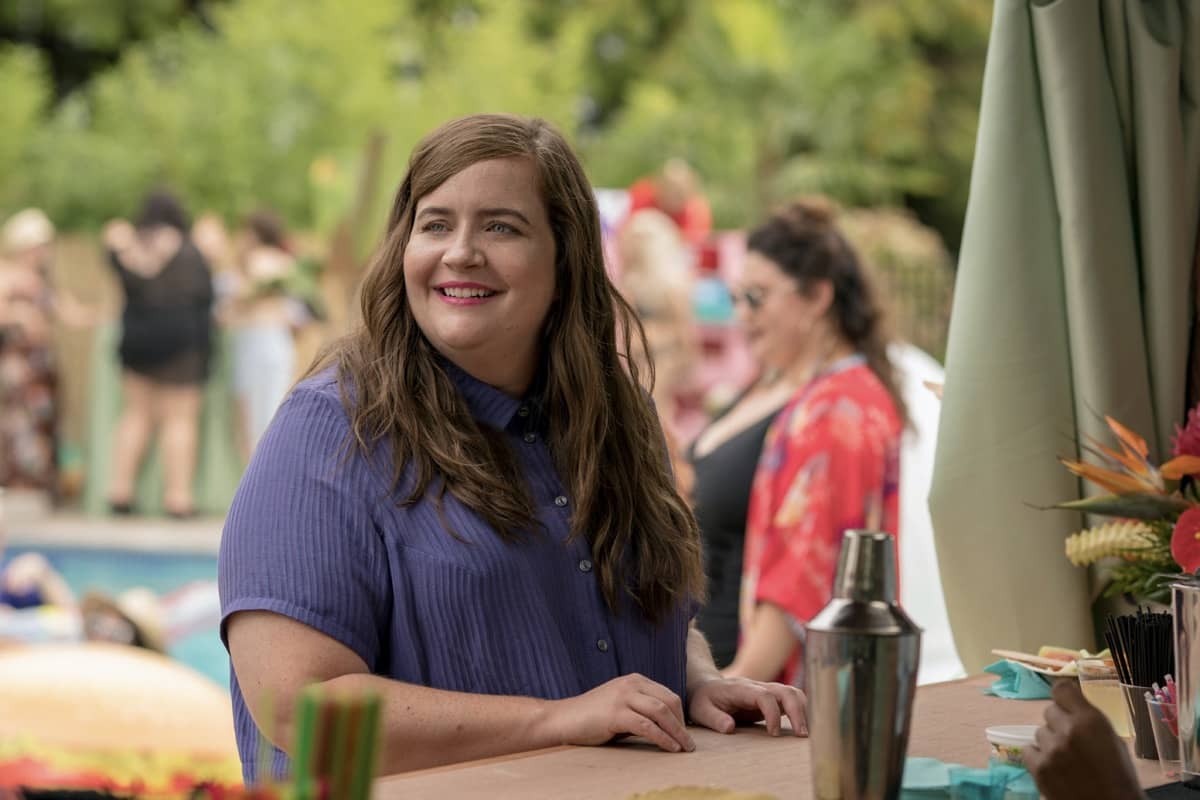 The fourth season of “The Handmaid’s Tale” premieres with three episodes on Wednesday, April 28. In the 10-episode upcoming season, June (Elisabeth Moss) strikes back against Gilead as a fierce rebel leader, but the risks she takes bring unexpected and dangerous new challenges. Her quest for justice and revenge threatens to consume her and destroy her most cherished relationships.

The third and final season of “Shrill” premieres all eight episodes on Friday, May 7. The new season finds Annie (Aidy Bryant) energized by her breakup with dud boyfriend Ryan (Luka Jones) and her newfound momentum at work. Annie feels like everything is finally falling into place for her, but does she actually know how to get what she wants?

Hulu’s new adult animated comedy series “Marvel’s M.O.D.O.K.” premieres all 10 episodes Friday, May 21. In “Marvel’s M.O.D.O.K.,” the megalomaniacal supervillain M.O.D.O.K. (Patton Oswalt) has long pursued his dream of one day conquering the world. But after years of setbacks and failures fighting the Earth’s mightiest heroes, M.O.D.O.K. has run his evil organization A.I.M. into the ground. Ousted as A.I.M.’s leader, while also dealing with his crumbling marriage and family life, the Mental Organism Designed Only for Killing is set to confront his greatest challenge yet!

The popular teen dramedy “Love, Victor” returns with all 10 episodes on Friday, June 11. Season two picks up with a newly out-of-the-closet Victor (Michael Cimino) entering his junior year at Creekwood High. However, being out brings new challenges as Victor faces a family struggling with his revelation, a heartbroken ex-girlfriend in Mia (Rachel Naomi Hilson), and the difficulties of being an openly gay star athlete — all while navigating the excitement of his new relationship with Benji (George Sear).

Hulu is the leading premium streaming service offering live and on-demand TV and movies, with and without commercials, both in and outside the home. Launched in 2008, Hulu is the only service that gives viewers instant access to current shows from every major U.S. broadcast network; libraries of hit TV series and films; and acclaimed Hulu Originals like Emmy® and Golden Globe® Award-winning series “The Handmaid’s Tale” and “The Act”; Golden Globe Award-winning, Emmy Award-nominated and Peabody-winning series “Ramy”; and Emmy Award-nominated series including “Wu-Tang: An American Saga” and “Pen15”; alongside hit series “Little Fires Everywhere” from Reese Witherspoon and Kerry Washington; “Normal People,” “The Great,” “Hillary,” “Shrill,” “Solar Opposites”; and Oscar® and Emmy-nominated documentary film “Minding the Gap”; and critically acclaimed Hulu Original films “Palm Springs,” “Run” and “Happiest Season.” The service also streams live news, entertainment and sports from 21st Century Fox, The Walt Disney Company, NBCUniversal, CBS Corporation, The CW, Turner Networks, A+E Networks and Discovery Networks – available all in one place. Upcoming Original releases include “The Dropout” based on the ABC News investigative podcast, and the book-to-screen adaptation of “Nine Perfect Strangers” starring Nicole Kidman and Melissa McCarthy.