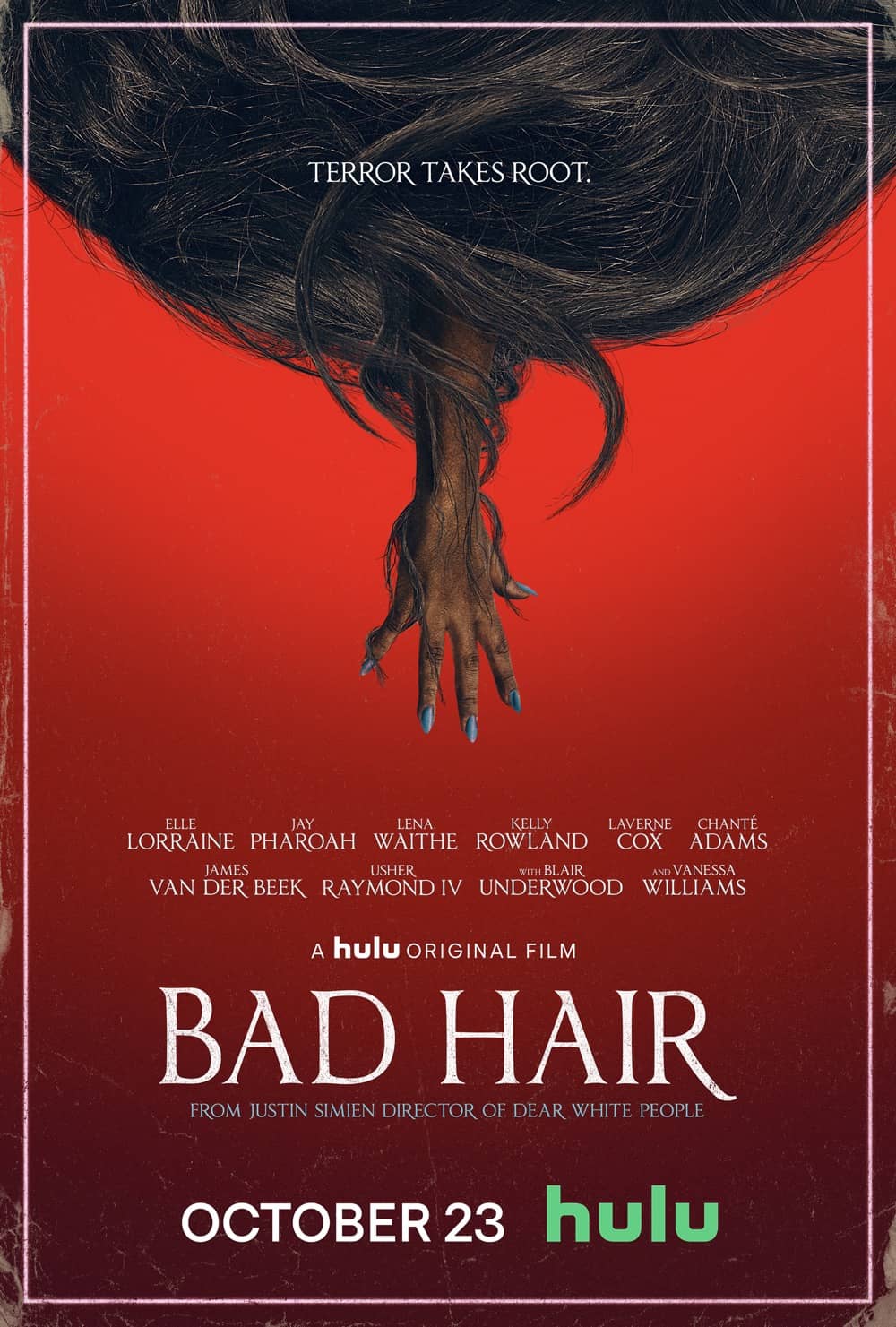 It’s time to celebrate National Hair Day with the official trailer for Hulu’s upcoming film BAD HAIR. The film will premiere on October 23rd, only on Hulu.

In this horror satire set in 1989, BAD HAIR follows an ambitious young woman (Elle Lorraine) who gets a weave in order to succeed in the image-obsessed world of music television. However, her flourishing career comes at a great cost when she realizes that her new hair may have a mind of its own.

BAD HAIR is written and directed by Justin Simien. Simien also serves as a producer alongside Julia Lebedev, Angel Lopez, and Eddie Vaisman. Executive Producers include Leonid Lebedev, Oren Moverman, and Alex G. Scott. The film is produced by Sight Unseen in association with Culture Machine.