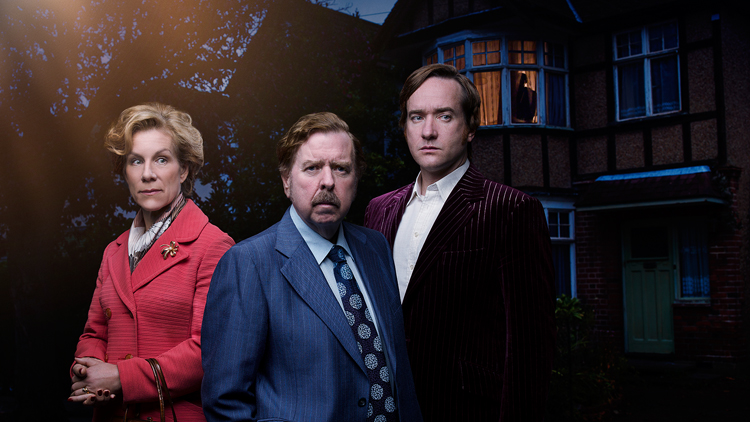 Leading independent studio Entertainment One (eOne) announced today it secured a deal with Hulu for the exclusive streaming rights in the U.S. for The Enfield Haunting, a three-part dramatization of the terrifying and bizarre real events that took place at an ordinary house in Enfield, London during the autumn of 1977. Produced by Eleven, the three-hour event mini-series will be available to stream on Hulu with either a commercial free or limited commercials subscription plan beginning October 27th.  The deal was brokered by eOne’s Joey Sabella, Director of U.S. and Latin American Sales.

Adapted from Guy Lyon Playfair’s book “This House is Haunted,” The Enfield Haunting draws on extensive documentation, recordings and witness statements recorded at the time. To this day, the incident remains the most documented account of poltergeist activity in British history and the basis of horror films including the upcoming The Conjuring 2. Sky Living in the UK originally commissioned the series which launched in May to a record audience, making it the channel’s best-rated show.  eOne also recently licensed the series to A&E in the U.S. and Shomi in Canada.

The Enfield Haunting stars Timothy Spall (Harry Potter, The King’s Speech) as Maurice Grosse, a rookie paranormal researcher, BAFTA nominated actress Juliet Stevenson (Emma, Truly Madly Deeply, The Village) as Maurice’s wife Betty and award-winning actor Matthew Macfadyen (Ripper Street, Frost/Nixon, Pride and Prejudice) as Guy Lyon Playfair, an experienced investigator who approaches the case with skepticism.  After a recent personal tragedy, Maurice is drawn to the house on Green Street after disturbing reports of a desperate family terrorized by malevolent unseen forces. Working together to get to the heart of the supernatural happenings, Maurice and Guy will both have to confront their own pasts.  Can they save this family from the hauntings and make peace with their own ghosts?