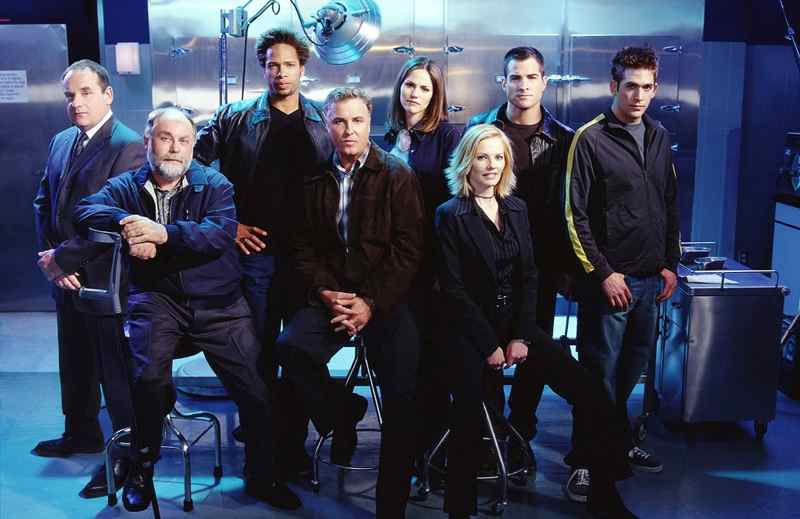 Hulu has acquired the exclusive subscription video on demand (SVOD) rights to all previous seasons of CBS’s award-winning, critically acclaimed crime drama CSI: Crime Scene Investigation, it was announced today by Hulu CEO Mike Hopkins, and Scott Koondel, Chief Corporate Content Licensing Officer for CBS Corporation. All episodes will be available for streaming on Hulu with a Plus subscription beginning early April.

Through the multi-year agreement, Hulu subscribers will be able to stream more than 300 episodes and all complete past seasons of CSI: Crime Scene Investigation. Hulu also becomes the exclusive SVOD home to all episodes of the series, and will add full libraries of past seasons ahead of future series premieres. The deal marks the first time CSI: Crime Scene Investigation has ever been licensed to an SVOD service.

CSI: Crime Scene Investigation premiered in the fall of 2000 with big ratings, ground-breaking production values and a storytelling form that influenced a generation of crime dramas. The series ranked as television’s number one drama for seven seasons and became a global phenomenon, earning the title of the “most-watched show in the world” on five separate occasions, most recently in 2012.  CSI has also developed into major a franchise for CBS, spawning three television spin-offs, books, video games and CSI: The Experience, an interactive educational exhibit about forensic science that travels around the world.

“CSI is one of the most popular television franchises in the world and we could not be more thrilled to make all episodes available to Hulu subscribers,” said Craig Erwich, Senior Vice President and Head of Content, Hulu. “This deal not only represents a huge growth in our offering of premium content, but it also represents an expansion in our partnership with CBS. We look forward to working with CBS to continue making some of the best shows on television available for viewers to stream on more screens in the future.”

“The original series from the most successful franchise in television history has been licensed to the SVOD market for the first time,” said Koondel. “This agreement and previous deals with our partners at Hulu further validates how well CBS procedural dramas perform on subscription services.  And, at a time when the CBS Television Network is getting ready to premiere the next generation of the CSI franchise with CSI: Cyber, it’s very exciting to make available all 14 seasons of the show that started it all to Hulu subscribers and CSI’s passionate fan base.”

Hulu will also soon become the exclusive SVOD home to all previous seasons of the CBS crime drama Elementary.