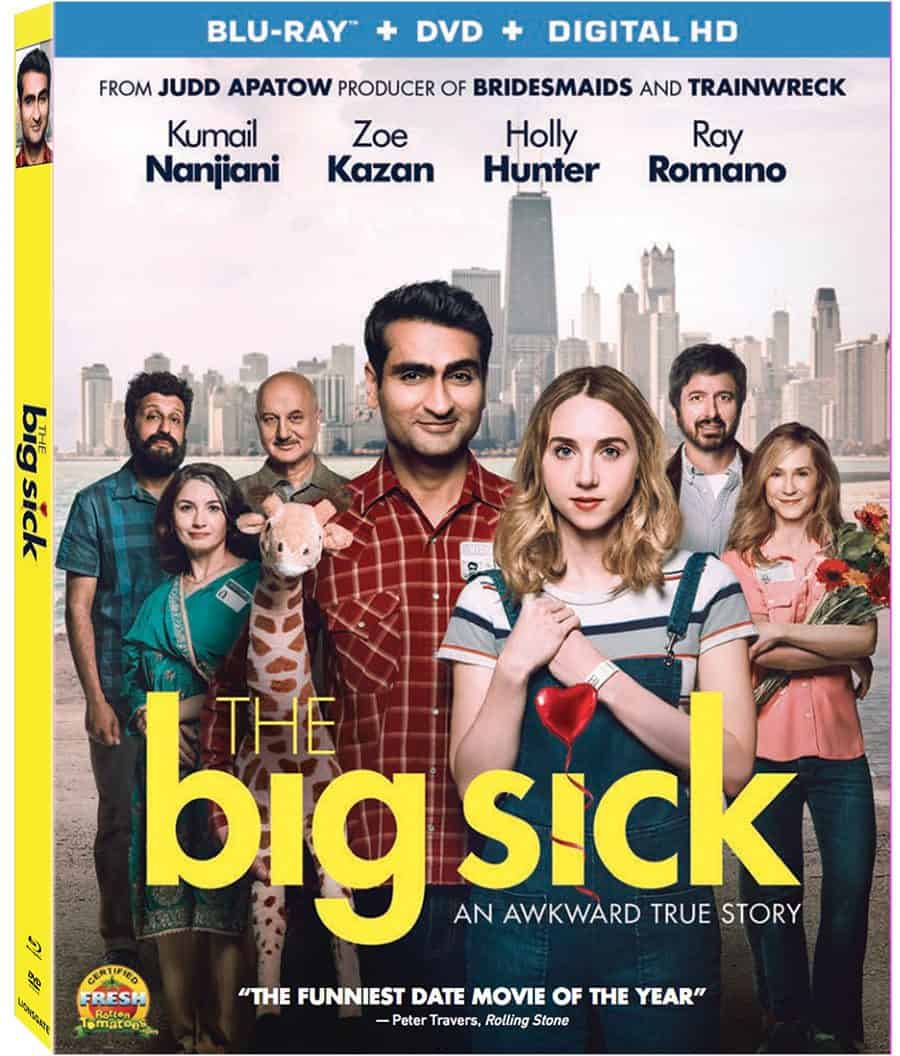 Seat42F and Lionsgate have teamed up to give FIVE lucky winners a copy of The Big Sick on Blu-ray. For a chance to win send an email to thebigsick@seat42f.com and tell us why you want to add The Big Sick to your Blu-ray collection. Only one entry per person. Contest ends December 19th. Winners will be notified on December 20th via email. Open to US Residents Only. No P.O. Boxes.

Based on the real-life love story between star and cowriter Kumail Nanjiani (“Silicon Valley,” Mike and Dave Need Wedding Dates) and his wife, The Big Sick arrives on Digital HD September 5 and on Blu-ray™ Combo Pack (plus DVD and Digital HD), DVD and On Demand September 19 from Lionsgate. Produced by Judd Apatow (Trainwreck, Bridesmaids) and Barry Mendel (Trainwreck, Bridesmaids), the winner of the 2017 SXSW Film Festival Audience Award is Rotten Tomatoes Certified Fresh with a 97% critic score. A New York Critics’ Pick, the hilarious film takes a comical look at the clash of two cultures in a moment of crisis. Filled with laugh-out-loud moments, the unconventional and authentic comedy also stars Oscar® winner Holly Hunter (Best Actress, The Piano, 1993), Emmy® winner Ray Romano (“Everybody Loves Raymond”) and Zoe Kazan (What If, Ruby Sparks).  Co-written by Nanjiani’s wife Emily V. Gordon (“The Carmichael Show,” “Explored”), the film is directed by Michael Showalter (Wet Hot American Summer).

Based on the real-life courtship between Kumail Nanjiani and Emily V. Gordon, The Big Sick tells the story of Pakistan-born aspiring comedian Kumail (Nanjiani), who connects with grad student Emily (Kazan) after one of his stand-up sets. However, what they thought would be just a one-night stand blossoms into the real thing, which complicates the life that is expected of Kumail by his traditional Muslim parents. When Emily is beset with a mystery illness, it forces Kumail to navigate the medical crisis with her parents, Beth and Terry (Hunter and Romano) who he’s never met, while dealing with the emotional tug-of-war between his family and his heart.