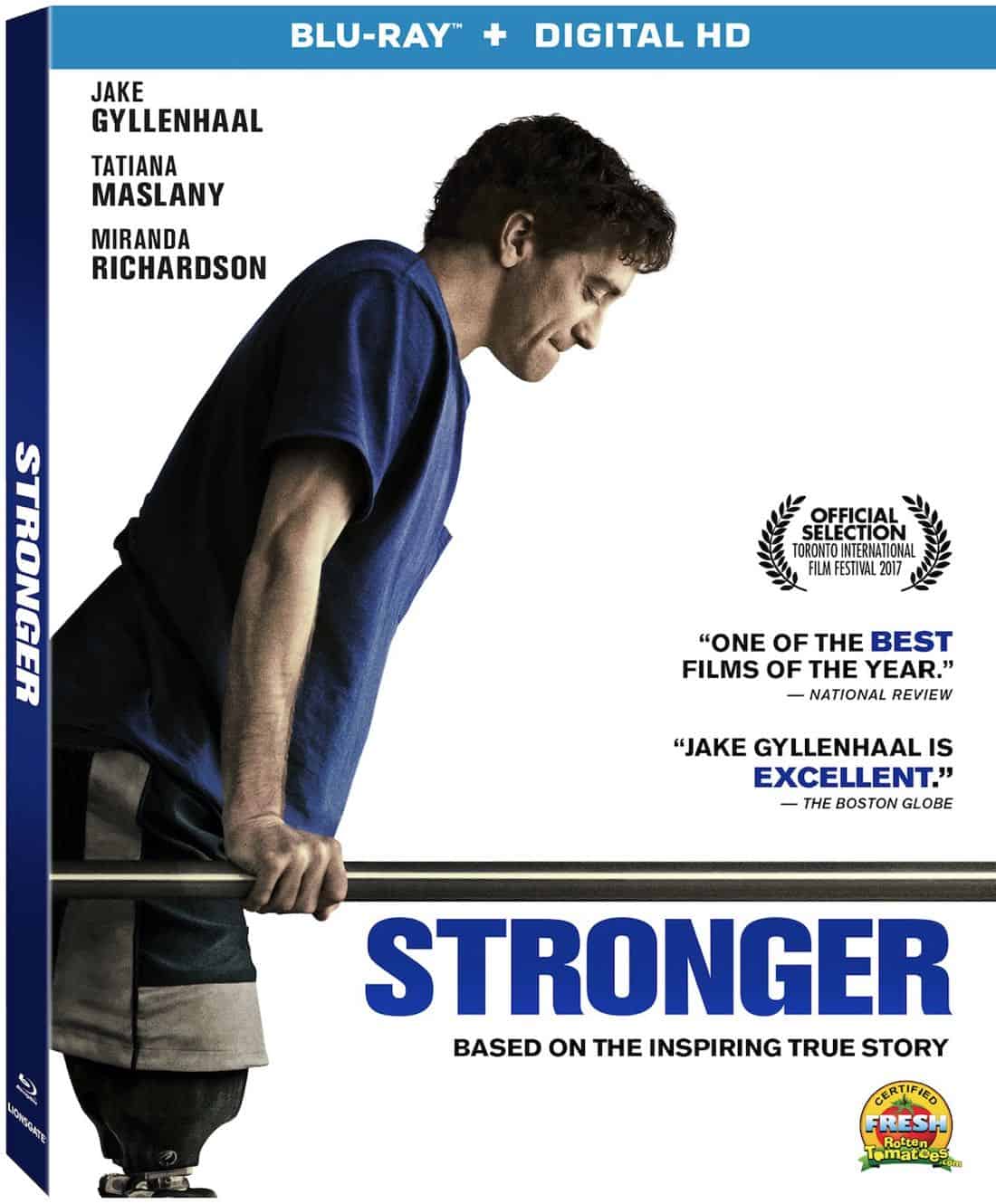 Seat42F and Lionsgate have teamed up to give THREE lucky winners a copy of Stronger on Blu-ray. For a chance to win send an email to stronger@seat42f.com and tell us your favorite Jake Gyllenhaal movie. Only one entry per person. Contest ends December 19th. Winners will be notified on December 20th via email. Open to US Residents Only. No P.O. Boxes.

Based on the inspiring true story of Jeff Bauman, a survivor of the Boston Marathon bombing, Oscar® nominee Jake Gyllenhaal (2005, Best Supporting Actor, Brokeback Mountain) and Primetime Emmy® winner Tatiana Maslany (2016, Outstanding Actress in a TV Series – Drama, “Orphan Black”) star in Stronger, arriving on Digital December 5 and Blu-ray™ (plus Digital), DVD, and On Demand December 19 from Lionsgate. Hailed as “one of the best films of the year” (National Review) and Rotten Tomatoes™ Certified Fresh™, Stronger is a deeply personal account of the infamous 2013 Boston Marathon bombing and its aftermath. Also starring Oscar® nominee Miranda Richardson (1994, Best Actress, Tom & Viv) and Clancy Brown (The Shawshank Redemption), the film chronicles the heroic story of Jeff Bauman, the man who became a symbol of hope and determination for a wounded city.

Inspired by the true story, Stronger stars Jake Gyllenhaal as Jeff Bauman, a working-class Bostonian who was at the 2013 marathon when the bomb blast occurred and he tragically lost both of his legs. After regaining consciousness Jeff was able to help law enforcement identify one of the bombers, but his own battle had just begun. Jeff’s deeply personal journey tests a family’s bond and defines a community’s pride as he overcomes adversity to become the living embodiment of “Boston Strong.”

Based on the New York Times best-selling memoir by Jeff Bauman and Bret Witter, Stronger celebrates Bauman’s unrelenting courage against unimaginable odds. Directed by David Gordon Green (Our Brand Is Crisis) and written for the screen by John Pollono (“This Is Us”), Stronger will be available on Blu-ray and DVD for the suggested retail price of $24.99 and $19.98, respectively.