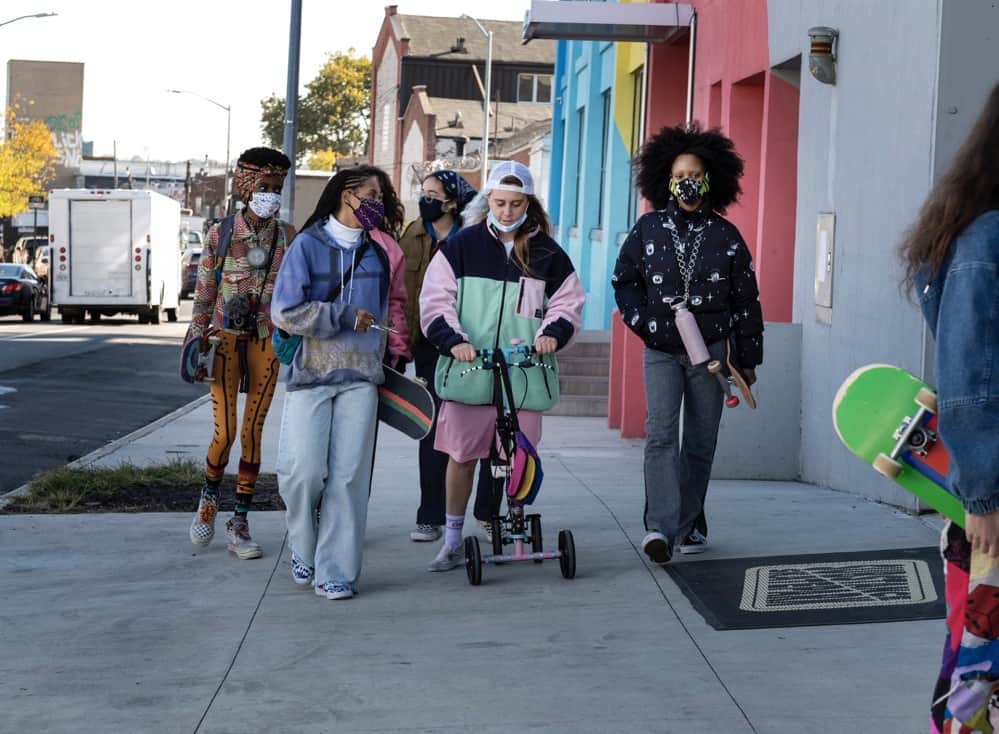 Based on creator Crystal Moselle’s 2018 Sundance hit “Skate Kitchen,” BETTY will return to HBO for a second season this June. The series follows five young women on journeys of self-discovery against the backdrop of New York City’s male-dominated skateboarding scene. BETTY will also be available to stream on HBO Max.

As Kirt (Nina Moran), Janay (Dede Lovelace), Honeybear (Moonbear), Camille (Rachelle Vinberg), and Indigo (Ajani Russell) cross the threshold to womanhood, they unite to protect and empower their skate community, fearlessly mining the nuances of their identities and embracing their differences along the way. Independent, strong-willed, and discerning, these women are brought together by skateboarding – but their bond goes far beyond the sport.

In season two, our five protagonists are stepping firmly into womanhood and tackling all the challenges it brings. As they navigate the pressures of adulthood, their male counterparts start to step up, step in, and become true allies, forming a united front for the greater good. Set in the last chapter of 2020, the season captures the late summer and early fall COVID-19 months in New York City, where masks and outside activities are the norm.

This season stars Nina Moran as Kirt, Dede Lovelace as Janay, Moonbear as Honeybear, Rachelle Vinberg as Camille, and Ajani Russell as Indigo.

Named a “must-see” by GQ, the first season premiered June 2020 and was hailed by The Wall Street Journal as “electric, energetic and certainly freewheeling.”