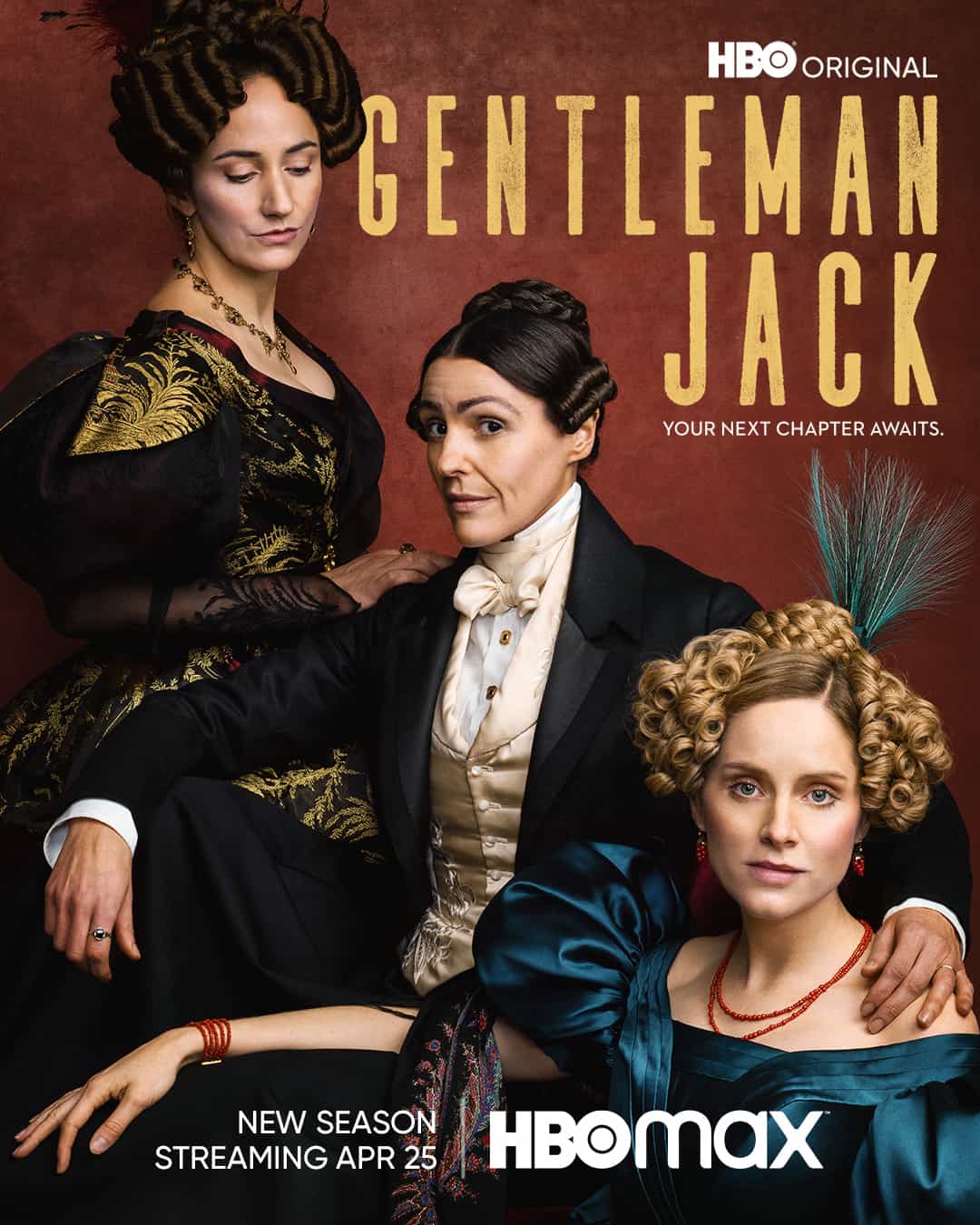 HBO has released the official trailer for the eight-episode second season of Sally Wainwright’s GENTLEMAN JACK ahead of its April 25 debut. GENTLEMAN JACK is a Lookout Point production for HBO and is co-produced with BBC One. Season one is available to stream on HBO Max.

Yorkshire, 1834. All eyes are on Anne Lister and Ann Walker as they set up home together at Shibden Hall as wife and wife, determined to combine their estates and become a power couple. Anne Lister’s entrepreneurial spirit frightens the locals as much as her unconventional love life and, with Halifax on the brink of revolution, her refusal to keep a low profile becomes provocative and dangerous.

Season two will again use the real life diaries of Anne Lister – part of which were written in code – as its source, with every part of Lister’s story based in historical fact and the five million words she wrote in her journals.