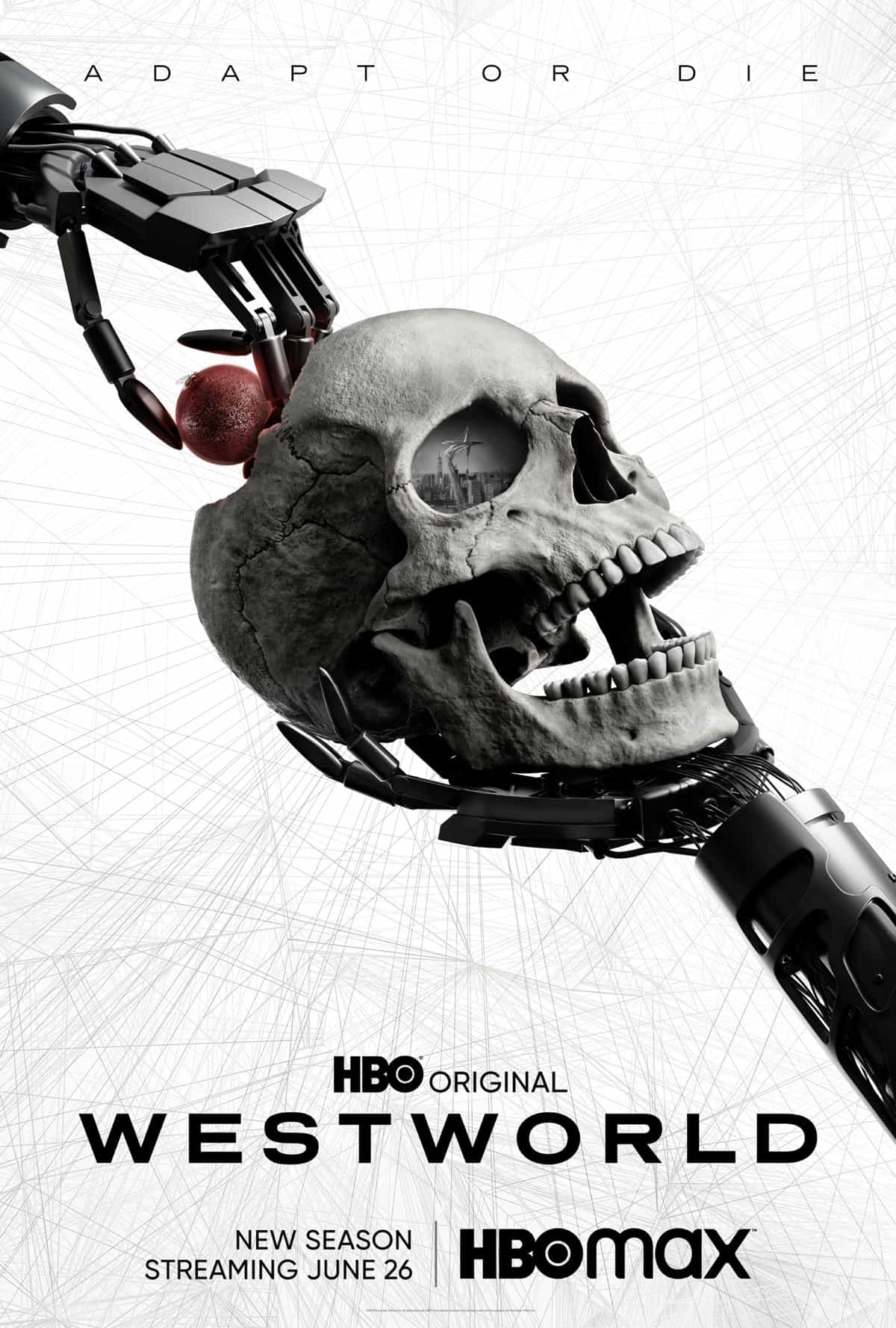 HBO released the key art for season four of WESTWORLD during its headlining ATX TV Festival Closing Night Event. The Emmy® winning drama series returns for its eight-episode fourth season SUNDAY, JUNE 26 at 9:00 p.m. ET/PT on HBO and will be available to stream on HBO Max.

James Marsden appeared as a surprise panelist announcing he will return for season four.

A dark odyssey about the fate of sentient life on earth.