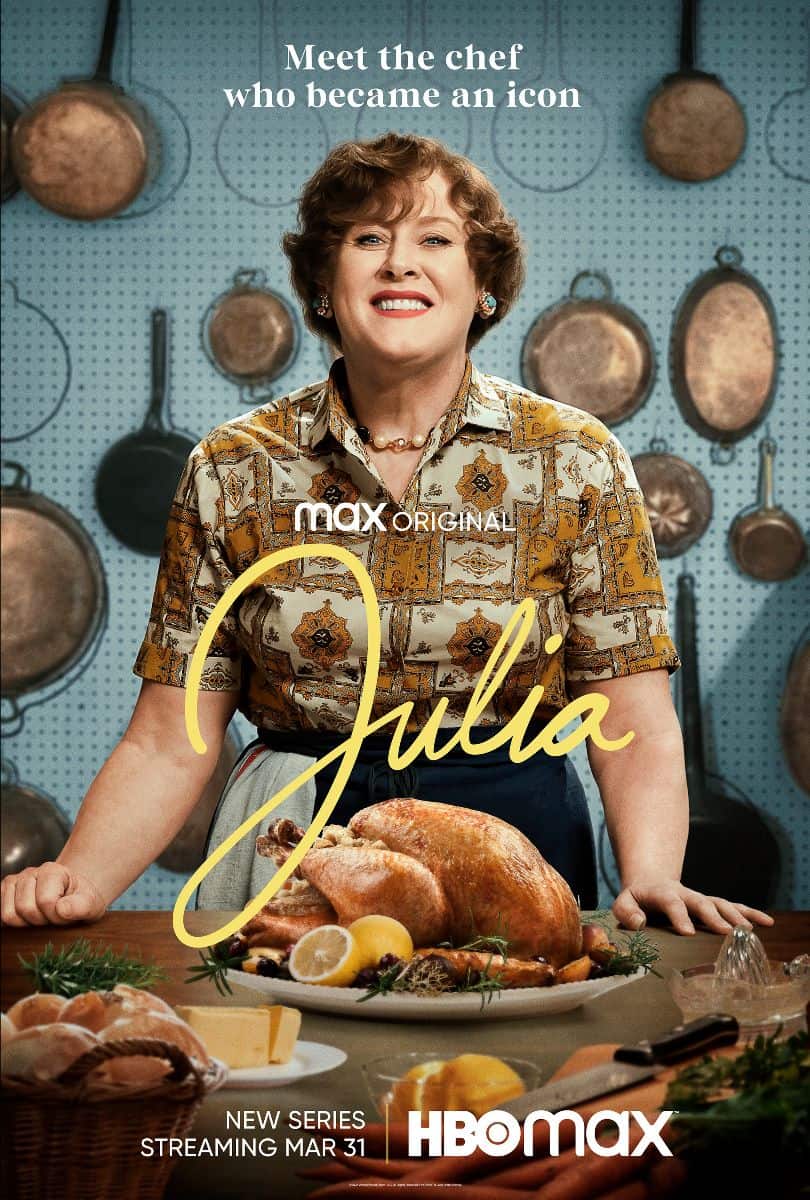 HBO Max has released the official trailer and key art for the eight-episode Max Original comedy series, JULIA. The series debuts with three episodes THURSDAY, MARCH 31, followed by one new episode each week through May 5.

JULIA is inspired by Julia Child’s extraordinary life and her long-running television series, “The French Chef,” which pioneered the modern cooking show. Through Julia’s life and her singular joie de vivre, the series explores a pivotal time in American history – the emergence of public television as a new social institution, feminism and the women’s movement, the nature of celebrity and America’s cultural evolution. At its heart, the series is a portrait of a loving marriage with a shifting power dynamic.

JULIA is produced by Lionsgate and 3 Arts Entertainment. Chris Keyser (“The Society”) serves as showrunner, as well as executive producer alongside creator Daniel Goldfarb. Erwin Stoff (“Edge of Tomorrow”) of 3 Arts Entertainment, Kimberly Carver, Charles McDougall and Erica Lipez also executive produce. Todd Schulkin is a Consulting Producer on behalf of The Julia Child Foundation for Gastronomy and the Culinary Arts.