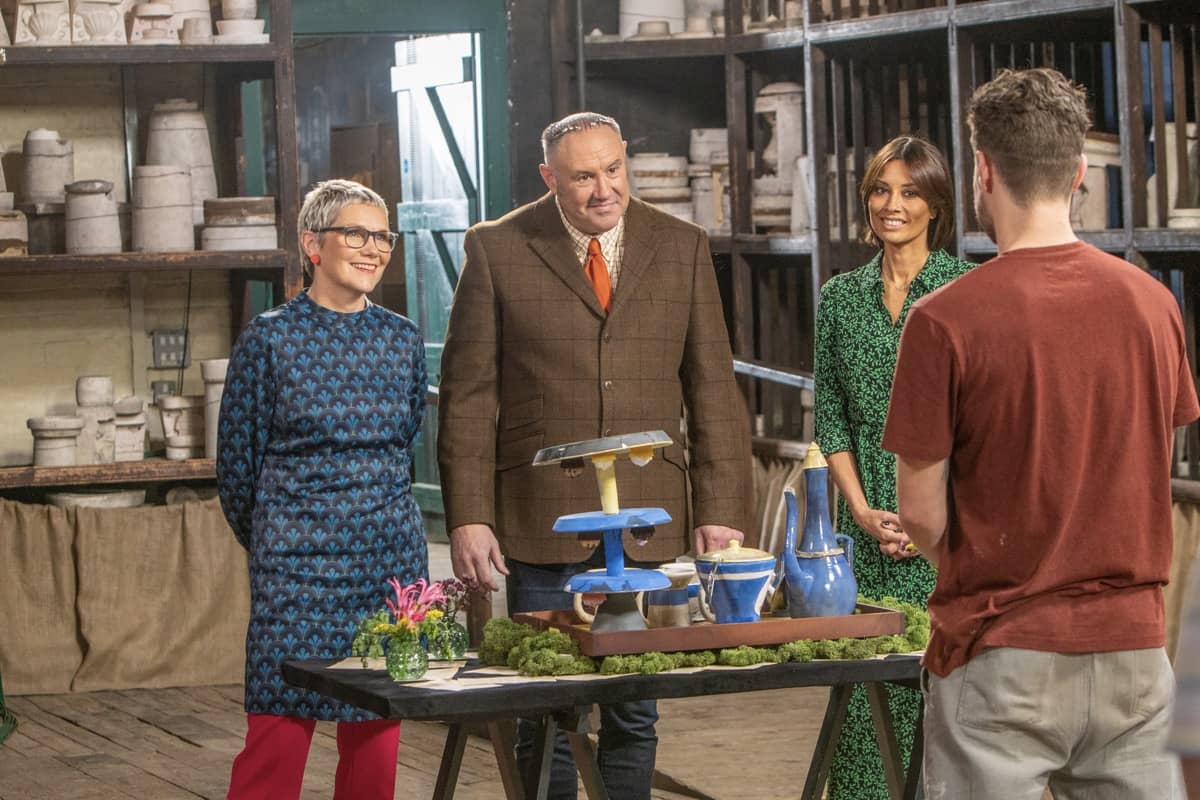 HBO Max has unveiled an expanded slate of acclaimed international originals coming to the streamer. In collaboration with some of the biggest names in international television, HBO Max has secured this wealth of programming and will bring these award-winning and acclaimed series to American audiences at a consistent cadence throughout the year.

As part of this all-new international originals slate, HBO Max will be home to all seasons of the iconic Italian crime series Gomorrah, based on Roberto Saviano’s bestselling book that examines the account of the decline of Naples under the rule of the Camorra. Seasons three and four, followed by the series’ feature film spin-off The Immortal and finally, the highly anticipated fifth season of the series, will be seen by American audiences for the first time on HBO Max.

Exclusive U.S. premieres also include the groundbreaking limited series Veneno, a Spanish language co-production between Atresmedia Studios, Suma Latina and HBO Max about Cristina Ortiz, Spain’s most famous trans TV personality; season one of the innovative new unscripted relationship series Singletown, which sees five couples press pause on their partnerships and embark on an extraordinary adventure back to the single life; and the first three seasons, and upcoming fourth season, of the original competition series The Great Pottery Throw Down, from the team behind the worldwide smash hit The Great British Bake Off.

“We are building strong collaborations as we source distinctive fare from top international partners for our US viewers, also with an eye to the near future when we will look to these partners to supply locally as we expand HBO Max internationally,” said Kevin Reilly, Chief Content Officer, HBO Max and President, TNT TBS and truTV.

“Jen has led the charge on this slate and her eye for storytellers with unique voices and talent is unmatched in this space. Her collaborative relationships with our international partners have proven key as we build this new home for their exceptional content,” added Sarah Aubrey, head of original content, HBO Max.

“As our world becomes more connected, so do our stories, and we are incredibly proud to be trusted as the U.S. home to this standout programming and to be working with such high-caliber talent from around the world,” said Jeniffer Kim, Senior Vice President, International Originals, HBO Max. “The exceptional creators behind this slate have crafted stories that cross cultural borders and language barriers, allowing us to bring their authentic, meaningful, and entertaining content to our domestic audience.”

These series join the previously announced international original titles including the six-part drama The Murders at White House Farm, centering around the infamous true story about the murder of a family in their isolated farmhouse outside of London, England; the powerful 1980s period drama series Boys, a co-production with the UK’s Channel 4; the coming-of-age comedy Pure, written by Kirstie Swain and based on Rose Cartwright’s acclaimed memoir; romantic comedy series Starstruck, also produced for the BBC, is written, created by, and starring 2018 Edinburgh Comedy Award winner Rose Matafeo; and debuting on the platform in July, the U.S. premieres of the dramedy Frayed, which follows a wealthy Londoner as she travels back to the Australian home she escaped as a teen starring BAFTA nominee Sarah Kendall, and the unscripted heartwarming British animal rescue series The Dog House: UK.

Additionally, as part of its previously announced deal with BBC Studios, HBO Max is the exclusive U.S. streaming home to drama series Trigonometry, a love story about three people who are made for each other; the comedy Ghosts, about a group of former inhabitants who haunt a country mansion; Home, following an average family and the refugee who escapes in the boot of their car; and the 2020 BAFTA TV® nominated comedy Stath Lets Flats where a terrible leasing agent aims to take over the family business in North London. HBO Max also offers BBC Studios titles including all 11 seasons, and upcoming season and special after they air on BBC America, of the BBC’s longest-running series Doctor Who, the Doctor Who spin-off Torchwood; Luther, starring Idris Elba; the nine-part miniseries The Honorable Woman; Ricky Gervais’ original mockumentary The Office; and seasons 17-25 of the hit car show Top Gear.

GOMORRAH
Gomorrah, which The New York Times recently rated #5 of the top 30 international shows of the decade, is centered in and around Naples, Italy, and chronicles the brutal world of the Camorra crime syndicate. Power, money, and blood are the values that the residents of the province of Naples and Caserta confront every day. They have practically no choice and are forced to obey the rules of the local Mafia and only a lucky few can even think of leading a normal life. In this series, five stories are woven together in this violent scenario, set in a cruel and ostensibly invented world, but one that is deeply rooted in reality.

Based on Roberto Saviano’s best-selling account, the acclaimed series is produced by Sky Italia and Cattleya, part of ITV Studios, in collaboration with Beta Film. Beta Film handles international sales for the title which has sold to over 190 countries worldwide.

VENENO (Poison)
Based on the memoir by Valeria Vargas “Not A Whore, Not A Saint: The Memories of La Veneno”, Spanish creators and directors Javier Calvo and Javier Ambrosi aka “Los Javis” bring the most beloved transsexual icon of the 90s, Cristina Ortiz (La Veneno) to 2020.

The series follows Valeria, a young journalism student who discovers she has more in common with La Veneno than she thought. The two women were born in very different times, but their stories become intertwined when Valeria writes a book about La Veneno. Through learning more about her, Valeria discovers her chosen family, how to love herself, and the impact of mass media in the life of an enigmatic entertainer.

SINGLETOWN
Singletown begins with a unique ending as five couples press pause on their relationships and spend one incredible summer living their best single lives in the city. The newly separated couples and their four new flatmates move into two luxury Singletown apartments, which, to their surprise, are located in the same building and come with a celebrity mentor. Supported by their mentor’s matchmaking skills, the singletons embark on an indulgent summer full of money-can’t-buy exclusive dates, out of this world parties and unforgettable experiences. At the end of each week, the couples meet to take part in the Love Locket ceremony. Will they choose to reunite and leave the show as a couple or will one, or both of them, choose to stay single and remain in Singletown?

THE GREAT POTTERY THROW DOWN
Seeking to unearth Britain’s best home potter, each season of the series follows ten potters as they forge fantastic creations in a competition-style format. At the conclusion of each episode, one potter faces elimination after the judge’s scrutiny and review for the chance to become Potter of the Week.

The top-rated program has received high praise, being hailed as “beautiful and mesmerizing” by The Guardian, and “endearingly human” by The Telegraph.

The series is produced by Love Productions (The Great British Bake Off) with Seasons 1-3 originally airing on the BBC and Channel 4.

THE MURDERS AT WHITE HOUSE FARM
An infamous true crime story. Over thirty years ago, three generations of one family were murdered at their isolated farm. Initial evidence pointed the finger at the daughter of the family who had a history of mental illness, however one detective refused to accept this and delved deeper into the investigation. His determination uncovered new evidence that shed suspicion on another family member. This is a dramatized true crime story based on extensive research, interviews and published accounts, looking at the mystery behind what happened that fateful day.

Produced by New Pictures in association with all3media international and written by Kris Mrksa (Requiem, The Slap) and Giula Sandler (Nowhere Boys), the six-part series is directed by BAFTA nominee Paul Whittington (The Moorside, Cilla). The series is produced by Lee Thomas (The Last Tree). Executive producers are Willow Grylls (The Missing), Kris Mrksa, Elaine Pyke (The Innocents, The Missing) and Primetime Emmy winner Charlie Pattinson (Elizabeth I, Catherine the Great).

BOYS
The five-part series charts the emotional journey of five friends during the 1980s, a decade in which everything changed, most notably with the rise of AIDS. HBO Max will be the exclusive U.S. home of the period drama in partnership with Britain’s Channel 4.

Directed by Peter Hoar, and produced by Phil Collinson, the series is written by Russell T Davies who serves as an executive producer with Nicola Shindler. Produced by RED Production Company, a STUDIOCANAL company, the series is a co-production between HBO Max and Britain’s Channel 4.

PURE
Twenty-four year old Marnie has bad thoughts all the time and she can’t tell anyone. Her mind is XXX-rated and intrusive thoughts are piling up inside her head. She is caught in the grip of an excruciating form of obsessive compulsive disorder – nicknamed ‘pure O’ – where her obsessions take the form of intrusive sexual thoughts, and the compulsions are unseen mental rituals that deeply affect her daily life. After imagining her parents engrossed in an orgy at their 25th wedding anniversary party, Marnie is at breaking point. Something. Has. Got. To. Give. She packs a bag and, with no plan, jumps on a coach to London. In the capital, Marnie soon discovers she’s not the only one who’s lost. Pure is a story of self-discovery, finding friends and learning how to love.

STARSTRUCK
Starstruck follows a 20-something millennial in London, juggling two dead-end jobs and navigating the awkward morning-after when she discovers the complications of accidentally sleeping with a movie star.

Rose Matafeo is a comedian, writer and actress who won “Best Comedy Show” at the prestigious Edinburgh Comedy Awards 2018 for her solo show Horndog which has enjoyed sell-out performances around the world including the New Zealand International Comedy Festival and a Barry Award nominated run at the Melbourne Comedy Festival. Her comedy special Horndog will premiere on HBO Max.

THE DOG HOUSE: UK – Available on HBO Max Thursday, July 23rd
Finding forever homes for rejected dogs isn’t easy – but that’s exactly what the staff of Wood Green do every day. Set inside a rural British animal rescue center known for its commitment to matching homeless dogs with eager owners, The Dog House: UK captures the joy and complexity of the human-dog “dating” experience. Each of the first season’s eight episodes introduces tearful tales of abandoned dogs, while also touching on relatable backstories of families, couples, and singletons all hoping their lives will be changed by a new four-legged friend. It’s up to the center’s dedicated staff to match pet with potential new owner – and to arrange an all-important first date that will determine if the adorable pups and hopeful humans have that fated connection. The show was originally produced by Five Mile Films for Channel 4 in the UK for distribution by all3media International.

FRAYED – Available on HBO Max Thursday, July 30th
2020 BAFTA® TV Nomination for Female performance in a comedy programme
Set in 1988, this comedy follows the journey of Sammy Cooper, a fabulously wealthy London housewife who is forced to return to her hometown in Newcastle, Australia. In coming home, Sammy must revisit her past and the events that led her to flee as a teenager years ago.