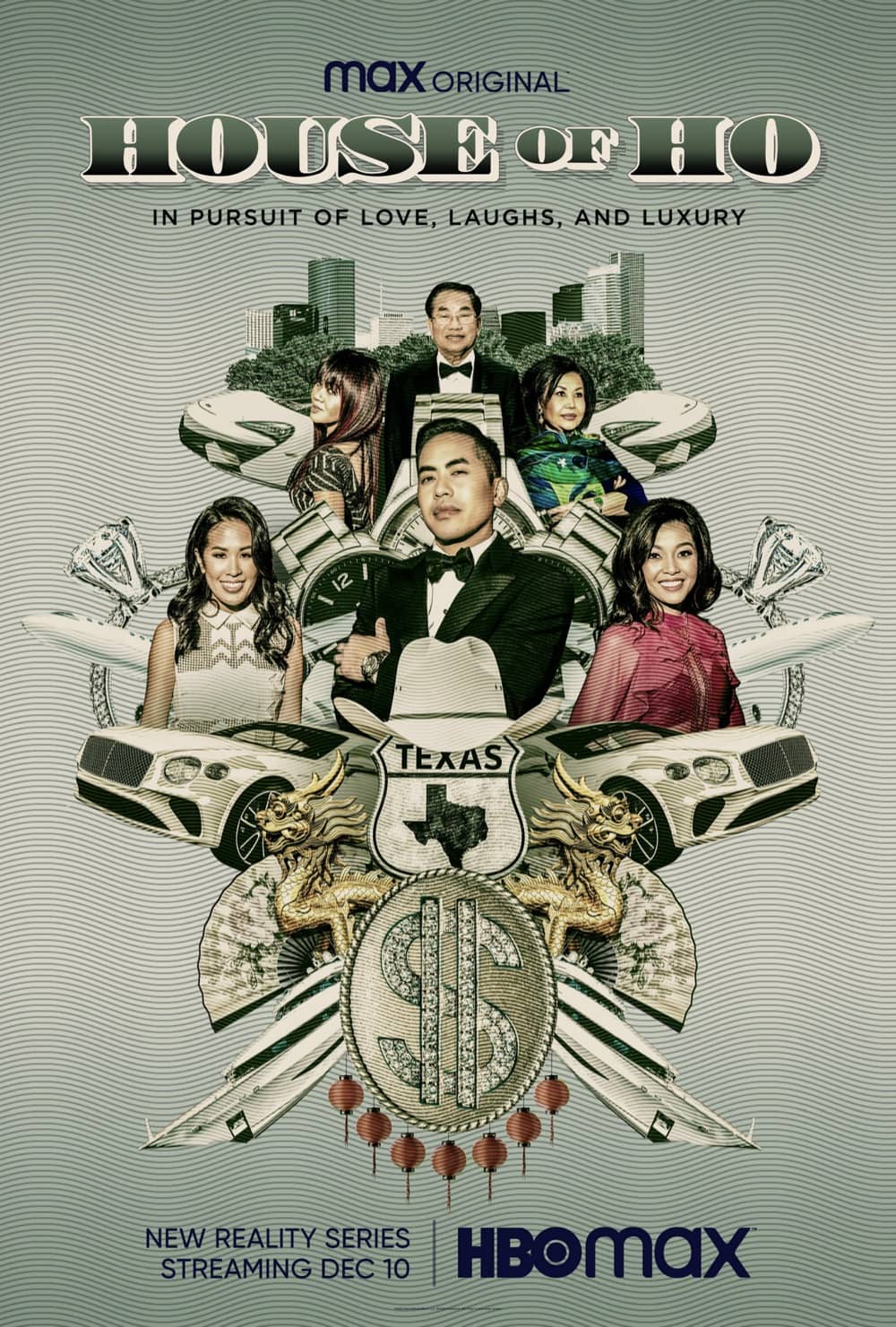 The official key art and trailer for Max Original “House of Ho” are now available. The original series will launch all episodes on HBO Max on Thursday, Dec. 10.

Follow the lives, loves, and conflicts of the Hos, a wealthy Vietnamese-American family in Houston who’ve built a multimillion-dollar empire. In this unique and wildly entertaining new reality series, power struggles and family drama collide as Binh and Hue, immigrants who proudly achieved the American dream, attempt to control the lives of their adult children Washington and Judy, who find themselves under constant pressure to live up to their parents’ impossible expectations. Along with Washington’s wife Lesley, kooky Aunt Tina, and party girl Cousin Sammy, the Ho household is filled with love, laughter, and of course, designer handbags.