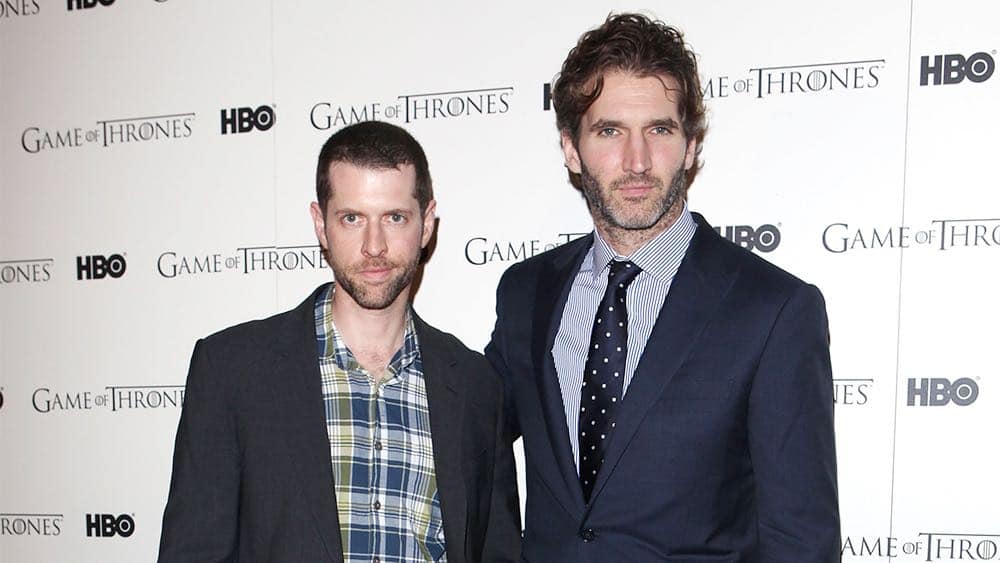 “Game of Thrones” creators/showrunners David Benioff and D.B. Weiss will return to HBO with their new original series CONFEDERATE, it was announced today by Casey Bloys, president, HBO Programming.

CONFEDERATE chronicles the events leading to the Third American Civil War. The series takes place in an alternate timeline, where the southern states have successfully seceded from the Union, giving rise to a nation in which slavery remains legal and has evolved into a modern institution. The story follows a broad swath of characters on both sides of the Mason-Dixon Demilitarized Zone – freedom fighters, slave hunters, politicians, abolitionists, journalists, the executives of a slave-holding conglomerate and the families of people in their thrall.

“As the brilliant ‘Game of Thrones’ winds down to its final season, we are thrilled to be able to continue our relationship with Dan and David, knowing that any subject they take on will result in a unique and ambitious series,” said Bloys. “Their intelligent, wry and visually stunning approach to storytelling has a way of engaging an audience and taking them on an unforgettable journey. CONFEDERATE promises to be no exception, and we are honored to be adding the talented team of Nichelle and Malcolm Spellman to the mix.”

“We have discussed CONFEDERATE for years, originally as a concept for a feature film,” add Benioff and Weiss. “But our experience on ‘Thrones’ has convinced us that no one provides a bigger, better storytelling canvas than HBO. There won’t be dragons or White Walkers in this series, but we are creating a world, and we couldn’t imagine better partners in world-building than Nichelle and Malcolm, who have impressed us for a long time with their wit, their imagination and their Scrabble-playing skills.”

CONFEDERATE will be written and created by Benioff and Weiss, who will also serve as showrunners on the series. Partnering with them as executive producers and writers on the series will be Nichelle Tramble Spellman (“Justified,” “The Good Wife”) and Malcolm Spellman (“Empire,” the forthcoming “Foxy Brown”). Carolyn Strauss (“Game of Thrones”) and Bernadette Caulfield (“Game of Thrones,” “Big Love”) will also join as executive producers.

Production will begin following the final season of “Game of Thrones.”