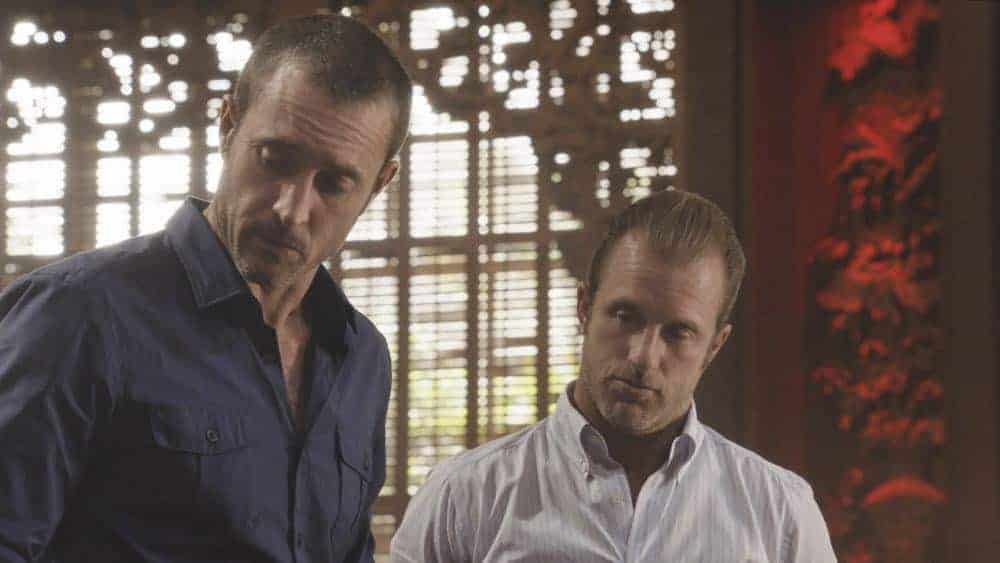 “Ka Hana a ka mākua, o ka hana no ia a keiki.” – McGarrett and Five-0 take on the mob when a former boss is killed and Junior’s friend Cammy Lin (Cindy Chu) is on the run after witnessing the hit, on HAWAII FIVE-0, Friday, May 4 (9:00-10:00 PM, ET/PT) on the CBS Television Network. Will Sasso guest stars as Eddie’s veterinarian. HAWAII FIVE-0 Season 8 Episode 23 Photos.

(“Ka Hana a ka mākua, o ka hana no ia a keiki.” is Hawaiian for “What Parents Do, Children Will Do.”)