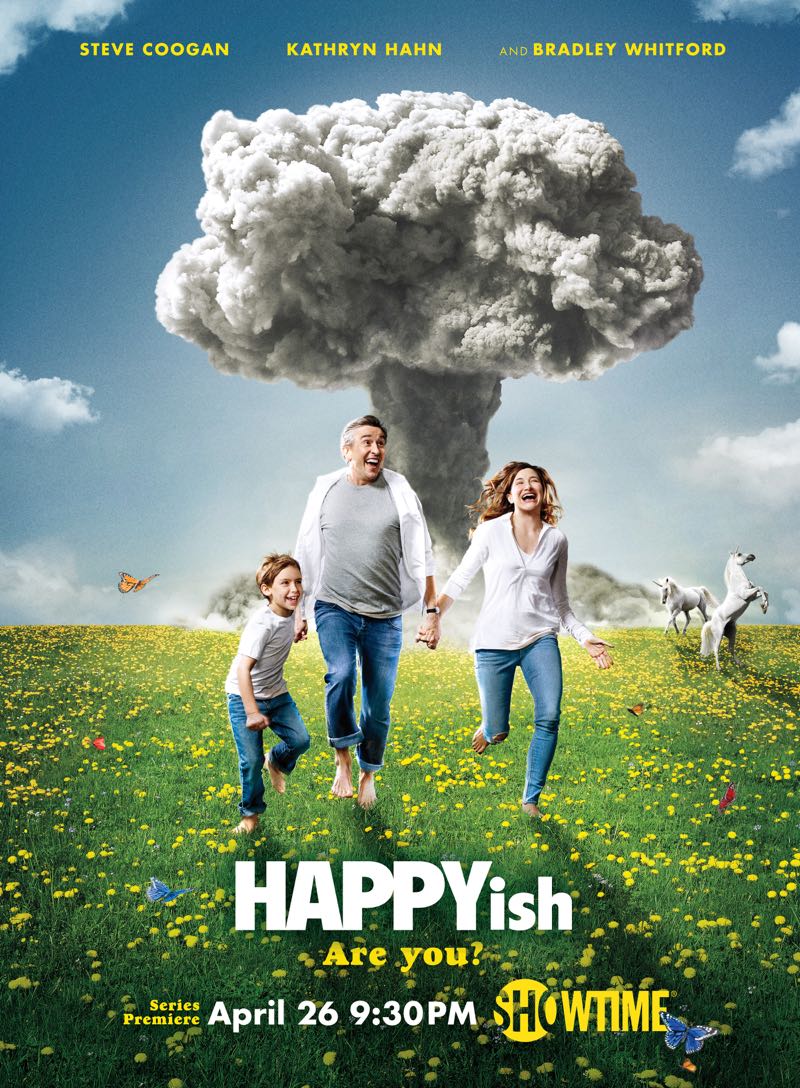 Coogan stars as Thom Payne, a 44 year-old man whose world is thrown into disarray when his 25 year-old wunderkind boss arrives, saying things like “digital,” “social” and “viral.”  Is he in need of a “rebranding,” or does he just have a “low joy ceiling?”  Maybe pursuing happiness is a fool’s errand? Maybe, after 44 years on this ludicrous planet, settling for happyish is the best one can expect. HAPPYish is created, written and executive produced by critically acclaimed author and regular This American Life contributor Shalom Auslander.  Emmy® Award nominee Ken Kwapis (He’s Just Not That Into You, A Walk In The Woods) executive produces and directed the pilot. Kwapis’ producing partner Alexandra Beattie co-executive produces under their In Cahoots banner.