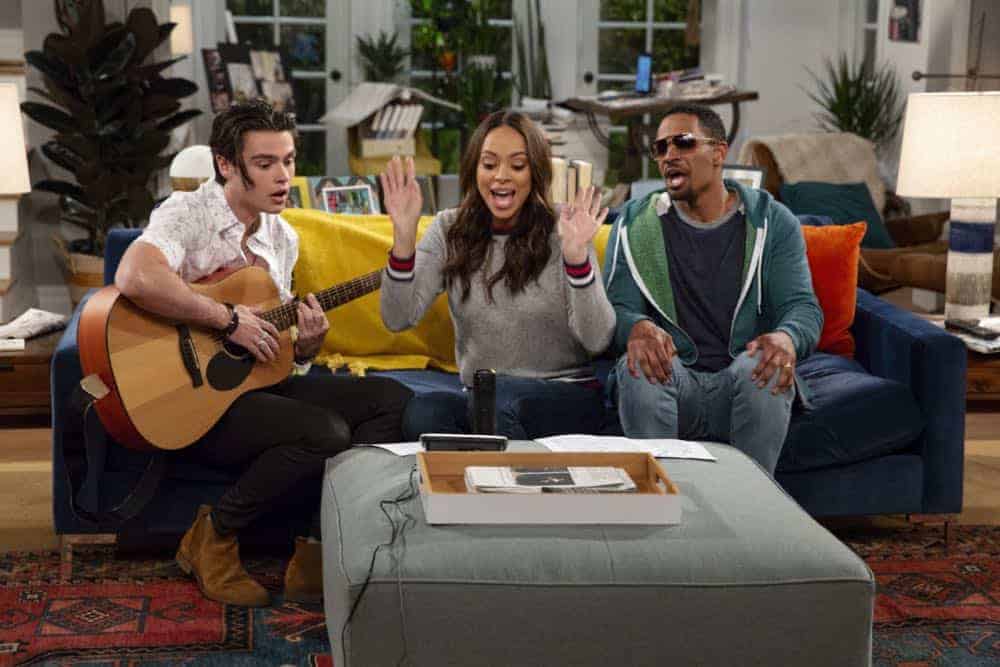 “Pilot” – Damon Wayans Jr., Amber Stevens West and Felix Mallard star in a new comedy about a 30-something, happily married couple who begin to reconnect with their younger, cooler selves when a young pop star drawn to their super-ordinary suburban life unexpectedly moves in with them, on the series premiere of HAPPY TOGETHER, Monday, Oct. 1 (8:30-9:00 PM, ET/PT) on the CBS Television Network. Stephnie Weir, Victor Williams and Chris Parnell also star. HAPPY TOGETHER Season 1 Episode 1 Photos Pilot.

Jake, an accountant, and his dream wife, Claire, a restaurant and bar designer, are very comfortably settled into their marriage, enjoying evenings together on the couch watching TV and scheduling time to change their outgoing voicemail message. Their tame routine gets a makeover when Jake’s client, exuberant music superstar Cooper James, arrives on their doorstep looking for refuge from the paparazzi following a high-profile break-up with his girlfriend.

Jake and Claire quickly discover there’s no way they can keep up with their world-famous houseguest’s effortlessly cool, fast-paced lifestyle. Cooper, however, enjoys Jake and Claire’s more relaxed way of life, discovering that a touch of ordinary can be extraordinary for all three of them.