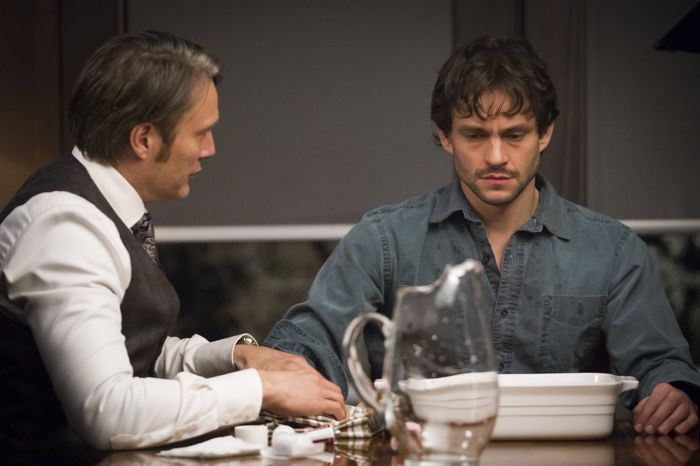 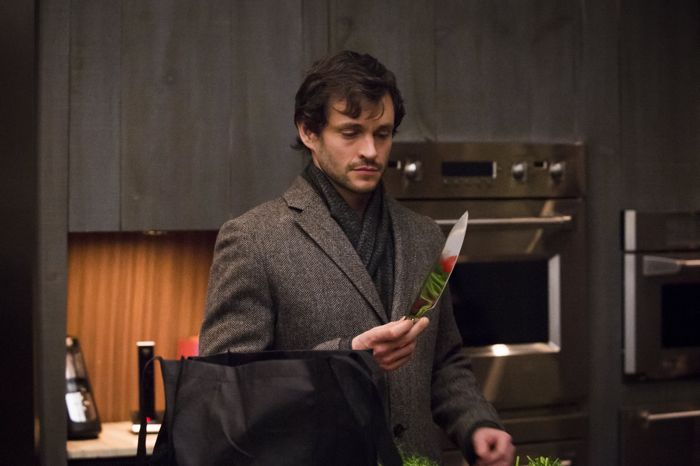 HANNIBAL Episode 2.10 Photos Naka-choko : A DISTURBING PARTNERSHIP EMERGES AS HANNIBAL LECTER (MADS MIKKELSEN) ASSISTS WILL GRAHAM (HUGH DANCY) THROUGH A DARK TRANSFORMATION, WHILE JACK (LAURENCE FISHBURNE) AND THE TEAM INVESTIGATE A DISTURBING TABLEAUX – MICHAEL PITT GUEST STARS AS MASON VERGERThe bond between Hannibal and Will grows after Will demonstrates his willingness to go to dark places, a shift that does not go unnoticed by Jack. Jack and the FBI team investigate a tableau made of Randal Tier (Mark O’Brien) and his animal exoskeleton, fully realized as the vicious hunter he yearned to be (episode 209). Hannibal advises Margot Verger (Katherine Isabelle) regarding her concerns over her brother Mason’s violent nature, a fear that intensifies when Mason demonstrates how he has trained pigs to consume human flesh. Will agrees to an interview with Freddie Lounds (Lara Jean Chorostecki) for her upcoming book, and learns that she is looking into his allegations of Hannibal’s possible guilt.Also starring Caroline Dhavernas and Aaron Abrams.