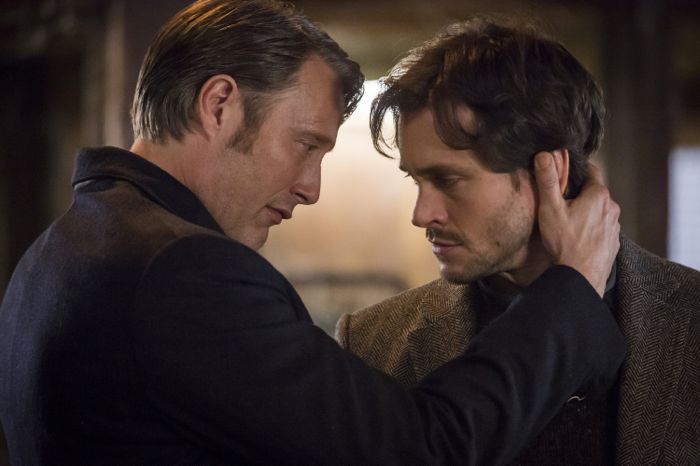 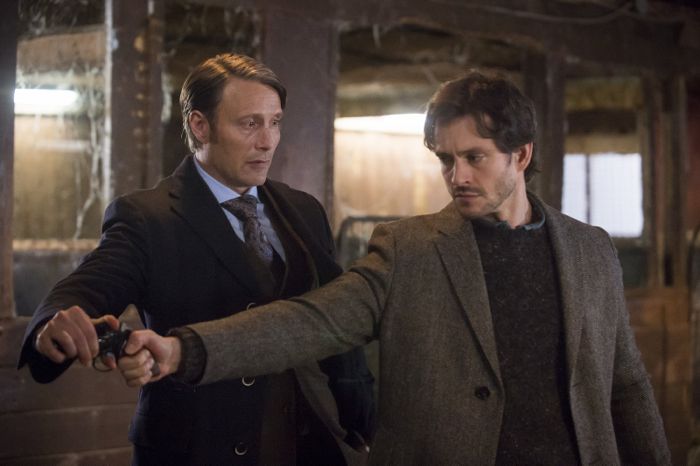 HANNIBAL Episode 2.08 Photos Su-zakana : JACK CRAWFORD (LAURENCE FISHBURNE) INVITES WILL GRAHM (HUGH DANCY) TO REJOIN THE FBI TEAM, TO HELP WITH THE INVESTIGATION OF A DEAD WOMAN FOUND INSIDE OF A HORSE AS JEREMY DAVIES GUEST STARSWhen a young woman’s body is discovered inside of a horse, Hannibal suggests to Jack that Will be brought in to help crack this peculiar case. Will has seemingly cast aside his suspicions of Hannibal (Mads Mikkelsen), resuming their doctor-patient relationship, but Alana (Caroline Dhavernas) remains skeptical regarding Will’s true intentions and worries that Hannibal may still be in danger. The FBI questions the man they suspect to be the killer in their case, but lack of evidence forces them to let him go. Will and Hannibal race to guard the safety of a witness they believe is in jeopardy, but it might be Will’s own judgment that is in peril. Also starring Aaron Abrams, Scott Thompson, Chris Diamantopoulos and Jeremy Davies.