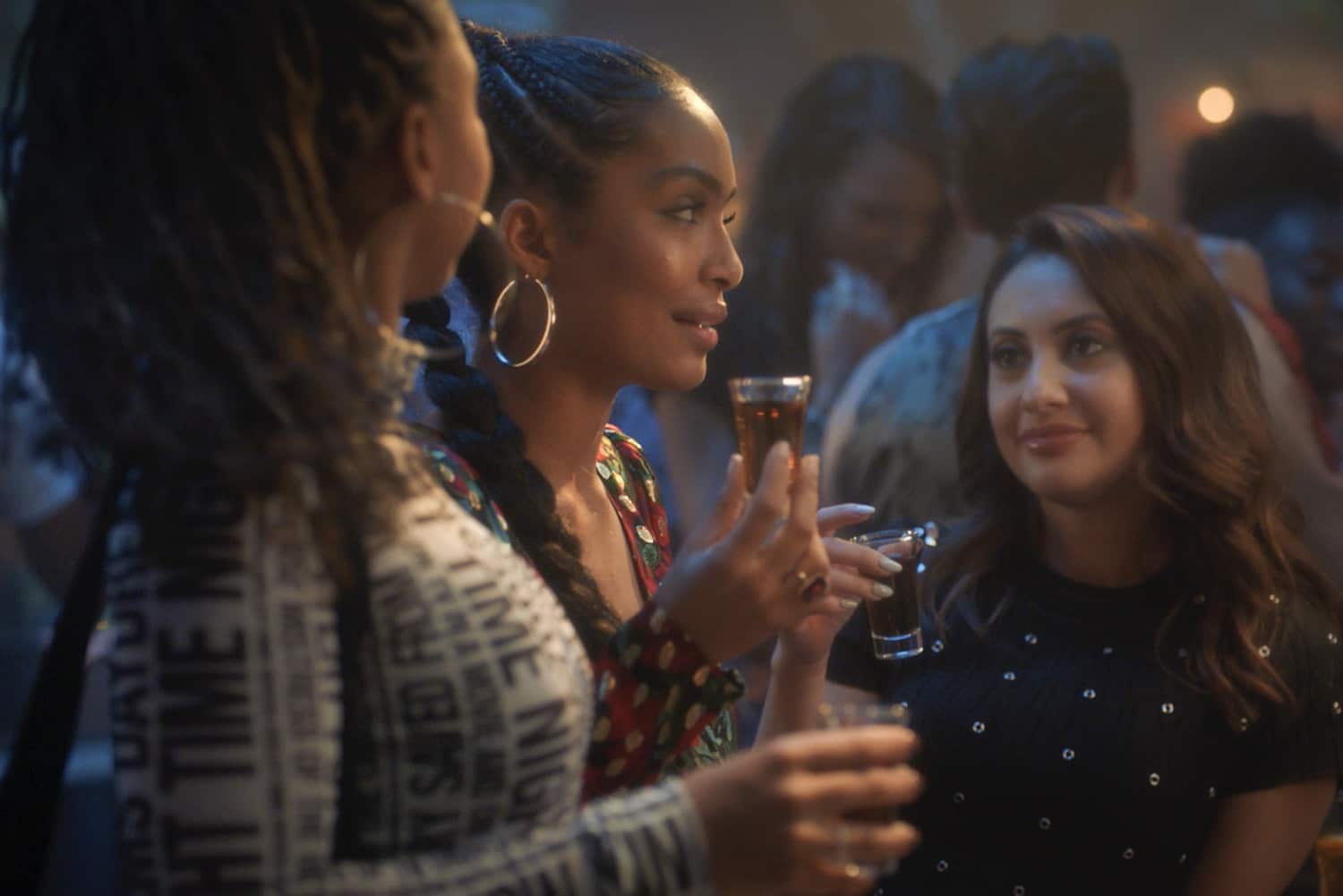 Promo photos from Grown-ish season 3 episode 17 Who Do You Love? March 18 (8:00-8:30 p.m. EDT) – Episode #3017 – “Who Do You Love?” – Spring Finale With the support of the senior class, Aaron turns his graduation ceremony into a protest against the University’s investment in private prisons. Zoey debates backing away from Aaron … but is that what they both want? Meanwhile, Jazz and Doug make a decision about their relationship.

A contemporary take on the current issues facing both students and administrators in the world of higher education. Yara Shahidi portrays Zoey – Dre (Anthony Anderson) and Rainbow’s (Tracee Ellis Ross) popular, entitled, stylish and socially active 17-year-old daughter — as she heads off to college and quickly discovers that not everything goes her way once she leaves the nest. Yara is joined by ”black-ish”’s Deon Cole (Charlie) who portrays Charlie, Dre’s eccentric and unpredictable co-worker at Stevens & Lido. Zoey runs into Charlie during college orientation where she learns that he moonlights as an adjunct marketing professor. Arlook will portray Miriam, a freshman know-it-all at Southern California University with a no-holds-barred attitude. Parnell will portray the dean of Southern California University, and Jackson will portray a socially conscious sophomore at Southern California University.

GROWN-ISH Season 3 Episode 17 Photos Who Do You Love?