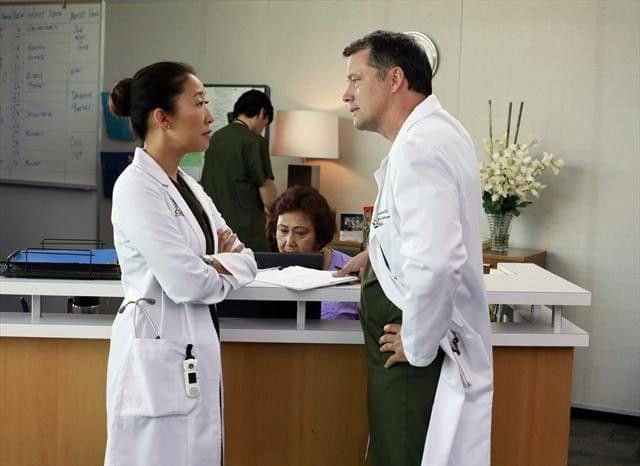 GREY’S ANATOMY Season 9 Episode 3 Love The One You’re With Sneak Peek Clips : “Love the One You’re With” – The survivors from the crash are asked to make an almost impossible decision that will affect the rest of their lives. Meanwhile, tension grows between Jackson and April after they’re forced to work together, and Alex tries to restrain himself with one of the interns, on “Grey’s Anatomy,” THURSDAY, OCTOBER 18 (9:00-10:02 p.m., ET) on the ABC Television Network.