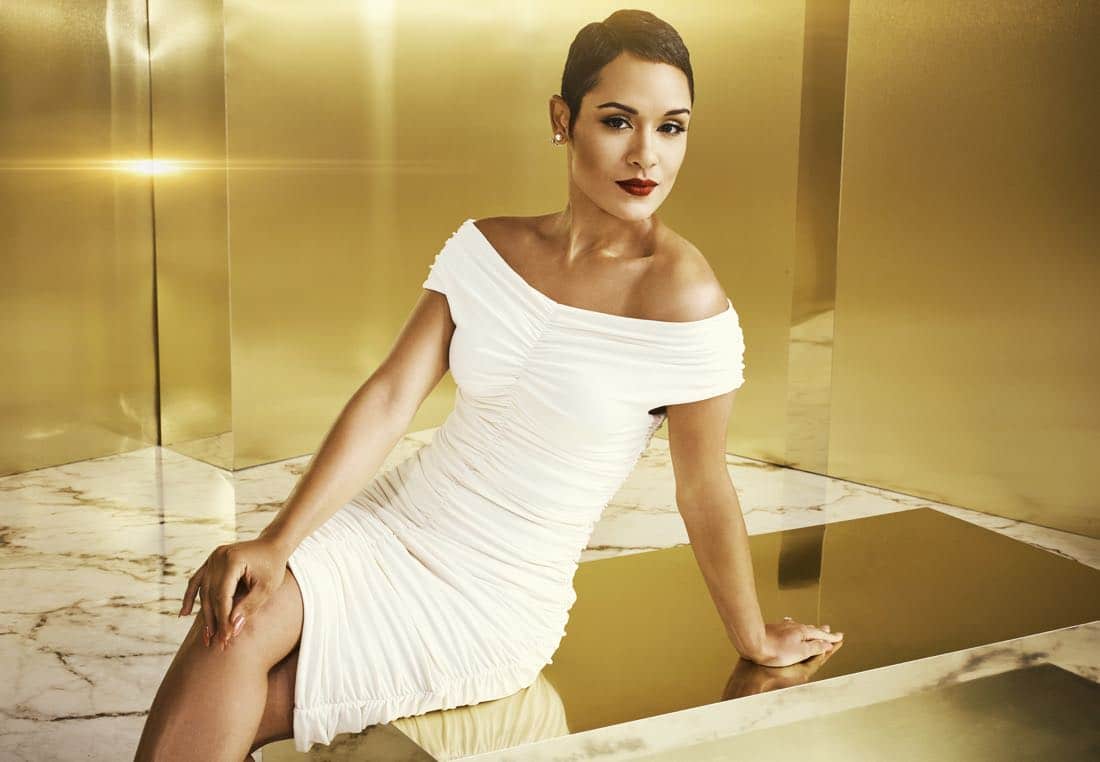 BYERS’ CHARACTER WILL TEAM UP WITH POLARIS, ANDY AND THE FROST SISTERS IN THE “INNER CIRCLE”

Byers will play REEVA, a smart, charming, authoritative, elegant, beautiful woman who is ruthless in her efforts to fight for her people. She leads an elite band of followers and has a soft spot for her new recruits, but is still capable of extreme violence in defense of her vision.

“THE GIFTED” SEASON TWO RETURNS TUESDAYS THIS FALL ON FOX!

NEED TO CATCH UP ON “THE GIFTED” BEFORE SEASON TWO?

WATCH THE ENTIRE FIRST SEASON NOW WITH ON DEMAND, FOX NOW AND HULU!

Fans also can Stream the Episodes on FOX NOW and Hulu.

ABOUT GRACE BYERS:
Caymanian actress Grace Byers moved to the U.S. to attend the University of South Florida in Tampa, where she received a B.A. in theater arts. During her time at USF, acting afforded her the opportunity to communicate viscerally – a desire that came from being a child of deaf adults (CODA). Upon graduating from college, Byers was accepted into the University of California Irvine’s graduate program and obtained her M.F.A. in acting. A successful showcase took her from Los Angeles to New York City, where she performed professionally. Several theater productions, short films and national commercials led her to Chicago. Byers’ breakout role came in 2015 when she was cast as “Anika Calhoun” in the FOX music industry drama EMPIRE, opposite Terrence Howard and Taraji P. Henson. In 2017, she appeared as “Kate,” a jazz singer and lounge owner, in the indie thriller “Bent.” In addition to her successful acting career, she is also a New York Times bestselling author, publishing a children’s book called “I Am Enough.” The book was born out of her impassioned desire to empower young girls against the negative effects of bullying. In between filming, Byers is actively involved with the non-profit anti-bullying organization, Saving Our Daughters.