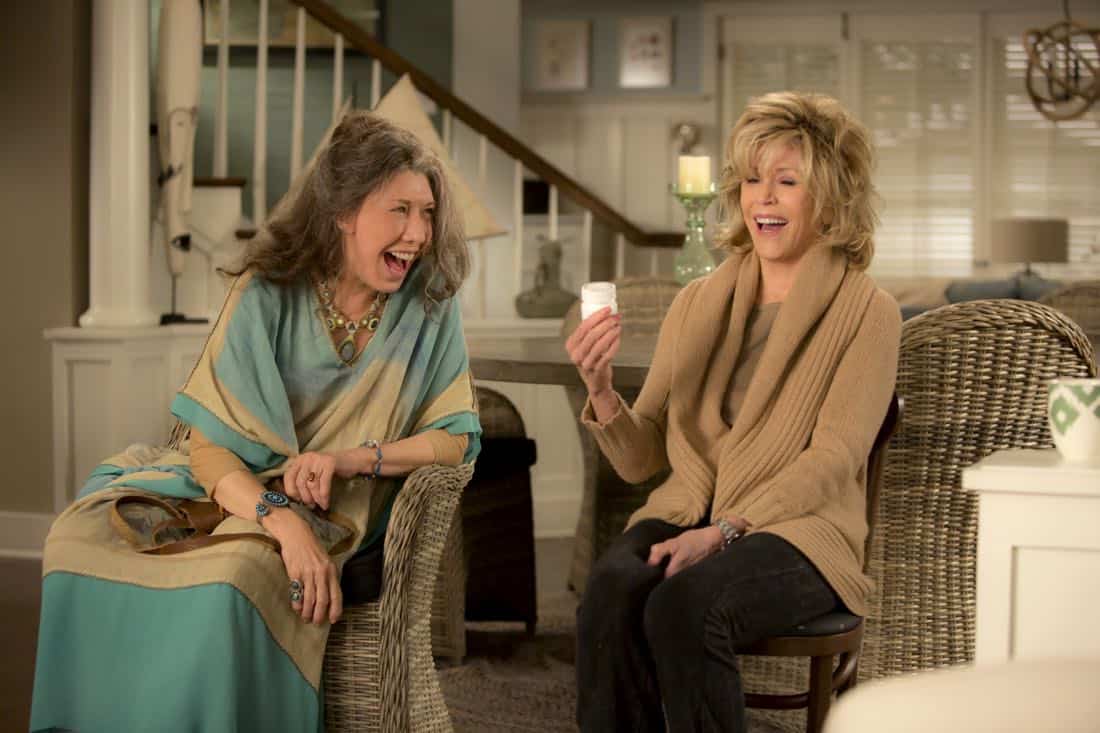 Netflix announced today the renewal of its hit show Grace and Frankie for a fifth season. The series, produced by Skydance Television and starring Jane Fonda, Lily Tomlin, Martin Sheen, and Sam Waterston, will return in 2019.

In addition, RuPaul joins the cast as a guest star in season five as ‘Benjamin Le Day,’ a formidable and quick-witted adversary who faces off with Grace and Frankie.

Season 4 of Grace and Frankie premiered globally on January 19.

About Grace and Frankie
In Grace and Frankie, Jane Fonda (“Grace”) and Lily Tomlin (“Frankie”) star as two women whose lives are turned upside down when their husbands reveal they are gay and leave them for each other. Both sparring partners and partners-in-crime, Grace and Frankie form an unlikely and unbreakable bond and face their uncertain futures head-on, hand-in-hand. Together with their ex-husbands and children, they discover the true definition of “family,” with laughter, tears and plenty of mood enhancers along the way.

About RuPaul
Named one of Time Magazine’s 100 Most Influential People of 2017, RuPaul is a renaissance performer who has created an unprecedented career for over 35 years. Singer, songwriter, actor and author, RuPaul is also host and Executive Producer of the world-wide hit reality competition series RuPaul’s Drag Race, for which he has received two Primetime Emmy Awards.