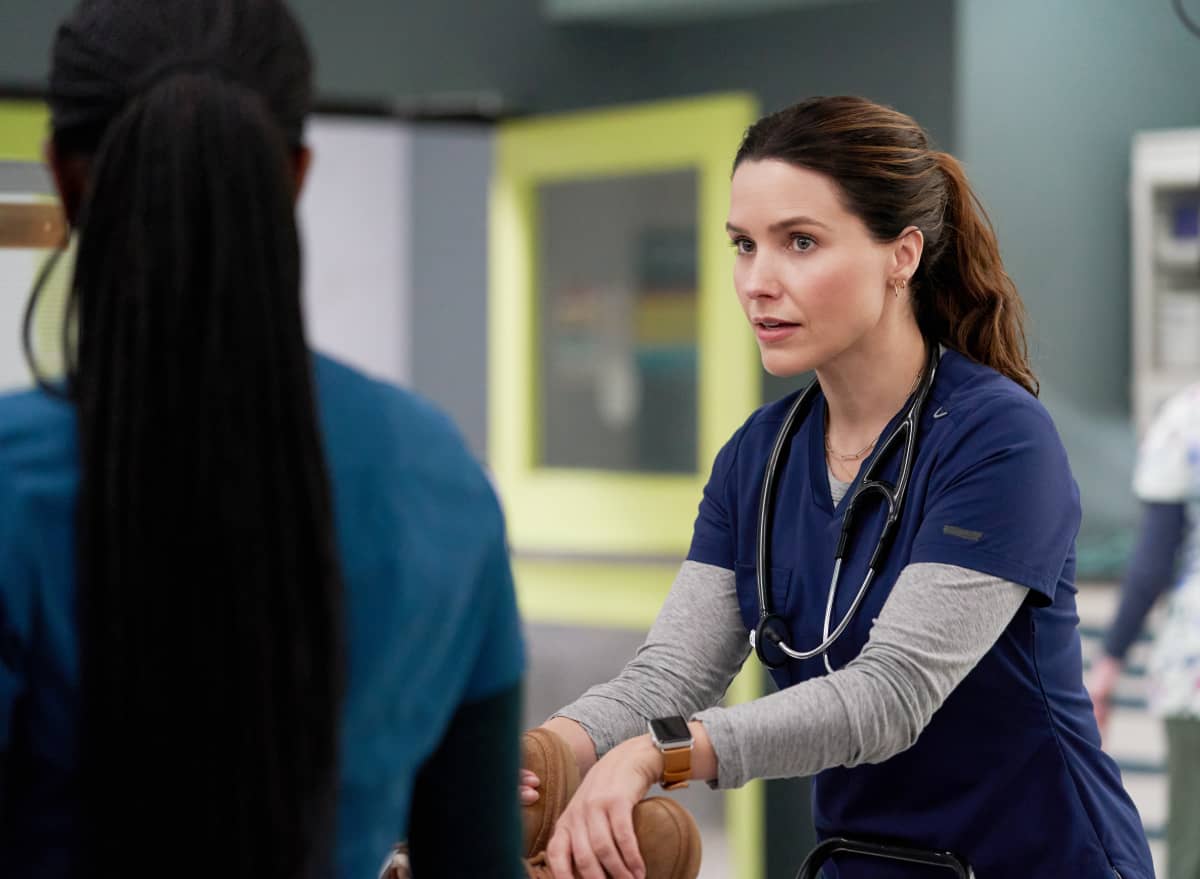 GOOD SAM Season 1 Episode 9 Photos A Light In The Storm – When a devastating storm leads to an overflow of patients and limited resources, Dr. Sam Griffith and her team are forced to make impossible choices about their patients’ care. Also, Dr. Rob Griffith connects with a young patient admitted with a rare heart condition, on the CBS Original series GOOD SAM, Wednesday, March 30 (10:00-11:00 PM, ET/PT) on the CBS Television Network, and available to stream live and on demand on Paramount+*. s01e09 1×09 1.09 s1e9

GOOD SAM stars Sophia Bush and Jason Isaacs in a drama about Dr. Sam Griffith, a gifted heart surgeon who excels in her new leadership role as chief of surgery after her renowned boss falls into a coma. When her former boss wakes up months later demanding to resume his duties, Sam is tasked with supervising this egotistical expert with a scalpel who never acknowledged her stellar talent.

Complicating matters, the caustic and arrogant Dr. Rob “Griff” Griffith also happens to be her father. As Griff defies Sam’s authority and challenges her medical expertise, the big question becomes whether this father and daughter will ever be able to mend their own relationship as expertly as they heal the hearts of their patients.