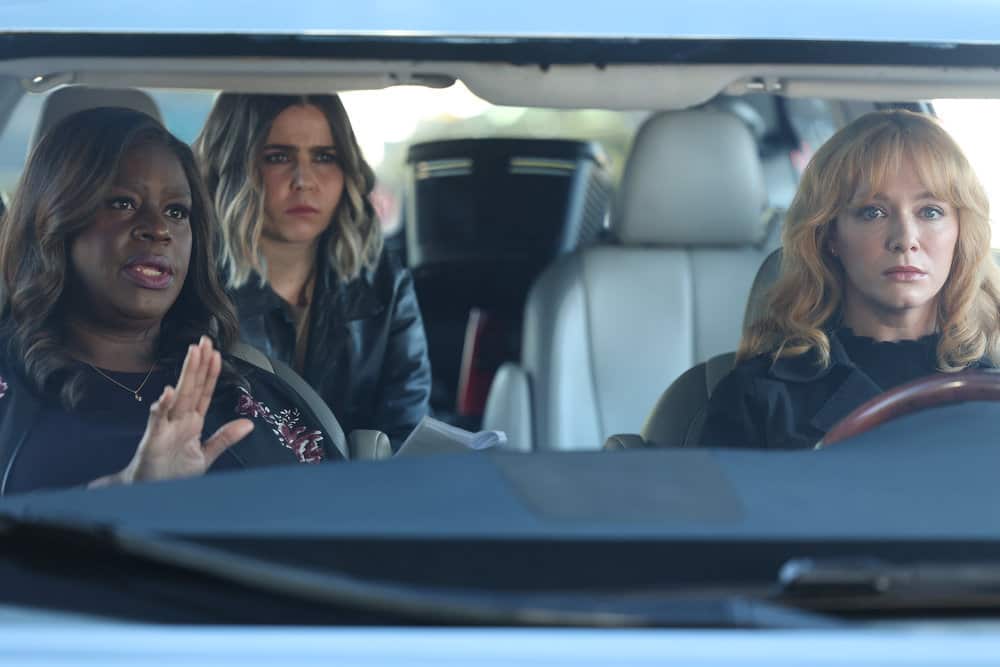 GOOD GIRLS Season 4 Episode 3 Photos Fall Guy – “FALL GUY” (Sunday, March 21 at 10 p.m. ET/PT)
Beth and Dean deal with the aftermath of his arrest. The ladies must find a fall guy to take Dean’s place. Ruby enlists Stan’s help in getting dollar bills to implicate the new fall guy. Annie feels a growing distance between herself and Ben.