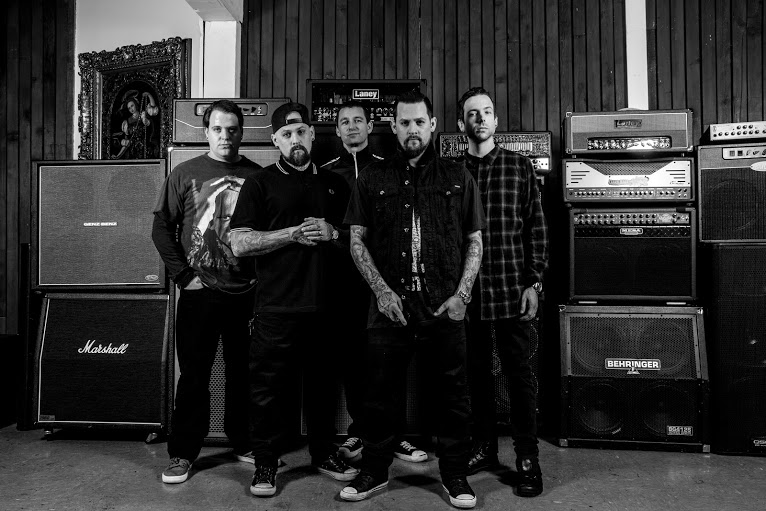 GOOD CHARLOTTE are set to return with their sixth studio album via the multi-platinum-sellingband’s own indie label MDDN, distributed worldwide through Kobalt. The group’s first single will premiere on April 4 with the album to follow this summer (exact release date is TBA). While the pop-punk icons are currently in the studio finishing the album, they’ve announced four special one-night-only shows. The trek will launch Monday, April 18 at TLA in Philadelphia, PA and hit the following cities: Wednesday, April 20 at 9:30 Club in Washington, DC, Thursday, April 21 at Webster Hall in New York, NY and Friday, April 22 at Paradise Rock Club. Special album pre-order and tour pre-sale bundles are available starting this Wednesday at: www.goodcharlotte.com.

GOOD CHARLOTTE are as inspired and committed as ever to making music that positively impacts the lives of their fans. They say:

“The new album is like our previous albums in that it’s for people who love music and are constantly motivated and trying to live a rad life. Everyone has something to prove to themselves, waking up every day and deciding to change their life for the better and help others do the same. GC has always been about doing this together, motivating each other, finding the unity and energy that exists in taking life’s challenges and coming out on the other side. It’s about being inspired and excited to be both who you are and who you want to be.” –GOOD CHARLOTTE

Formed in the mid-90s, GOOD CHARLOTTE have five albums and two collaborations under their belt. The band was integral in establishing a global critical mass for the pop-punk genre. The group’s 2000 self-titled debut laid the foundation with the singles “Little Things” and “Festival Song.” Then in 2002 the breakthrough success of The Young and the Hopeless catapulted pop-punk into the stratosphere, and set them on the path to worldwide superstardom. The group followed with multi-platinum albums including The Chronicles of Life and Death(2004) and Good Morning Revival (2007). Following their most recent release Cardiology (2010), the group needed to take a breather.

“We had grown up inside the band and it was all we knew,” Benji says. “We all needed to step away to find out who we were outside of it as well as do some growing personally.”

The Madden brothers focused on the fully-functional recording studio they own and operate in the heart of Hollywood where they write, record and produce music for other artists in many genres. The brothers also serve as coaches on the highly-rated Australian version of “The Voice.” The drive resurfaced and Benji and Joel credit the young Australian pop-punk group 5 Seconds Of Summer for re-igniting the GOOD CHARLOTTE spark. After working with 5SOS since 2014, it reminded the brothers of how much fun they’d had with their own band–and in 2015, the timing felt right.

“We got the bug and the writing just started flowing,” explains Joel. “We worked on a few records that made us realize it would be fun to make our own record again. There’s a certain record that only we can make; those Good Charlotte records. We got a little nostalgic and we went our best instincts.”

In November 2015, GOOD CHARLOTTE released a one-off video for the song “Makeshift Love,” a classic anthem that unabashedly screams early 2000s. Recorded with longtime writer/producer John Feldmann, the infectious song captures the vibe that made GC so revered. They quickly followed it up with a triumphant, sold-out show at The Troubadour in West Hollywood, CA. Now, after a limited run of U.K. shows in February, a summer 2016 release date for their first new album since 2010’s Cardiology on the horizon, and the overwhelmingly positive and warm welcome they’ve received from the masses, GOOD CHARLOTTE is ecstatic to get back to their true purpose.

Catch GOOD CHARLOTTE on their east coast trek, dates below.