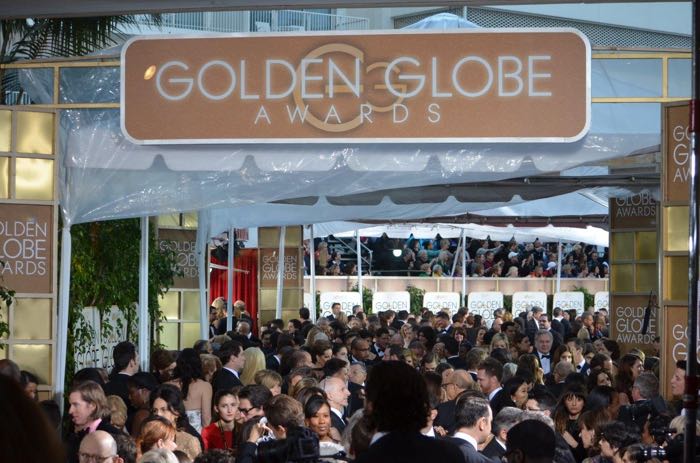 While at the 72nd Golden Globes, the casts from some of our favorite shows took the time to share scoop, teasers and their joy over the Golden Globe winners from the red carpet.  Here’s what they had to share:

THE BLACKLIST‘s Ryan Eggold talked about what he most admires about his character Tom Keen, whether there is still love between Tom and Liz, and if we will see Tom and Red face-off.  Imagine just how hair-raising is it when this is said: “I never told her about us.”

ABOUT A Boy’s Benjamin Stockham talked about Marcus starting to go through his rebellious phase, standing up to his mom Fiona, goofing off with co-star David Walton and gives shout-out to the fans: “Thanks for watching — keep us on the air!”

STATE OF AFFAIR’s Sheila Vand, Cliff Chamberlain and Tommy Savas talked about how the show feels really relevant right now, how the decisions that their characters make are never just black-and-white, and getting to visit CIA headquarters at Langley.

BITTEN’s Laura Vandervoort teased Season 2 and how Clay and Elena’s romance might be heating up or taking another unexpected direction, performing her own stunts, getting to play a female werewolf, and the success attributable to the passion of the book fans.

MARRY’s Ken Marino talked about meeting Jakes’s groomsmen (Jerry O’Connell, Steve Little, Brendan Johnson), getting ready for the season finale wedding, and how blessed it is to be working on a fun and funny show.

PARENTHOOD’s Xolo Mariduena talked about going out for pilot season and what is next on the horizon for him after PARENTHOOD wraps.

JANE THE VIRGIN’s Andrea Navedo talked about what’s next for Xiomaro and Rogelio, how wonderful it is working with co-star Jaime Camil, and happiness over Gina’s big Golden Globes win.

JANE THE VIRGIN’s Azie Tesfai talked about Michael and Nadine’s blossoming romance, how the killer will be revealed soon, and how surreal it is to be on the show with the People’s Choice Award, Gina’s Golden Globes award and the show being picked up for a second season.  She also teased how incredibly funny co-star Brett Dier is and how much fun it is working with him on the show.

JANE THE VIRGIN executive producers Gary Pearl and Jorge Granier talked about finding “lightening in a bottle” with the show and all the secret ingredients that were whipped together to make the show such a success and the appeal of the “one degree of separation” in our increasingly intertwined world.

And if you have not had a chance to peek at them, be sure to check out our exclusive photos from the red carpet!