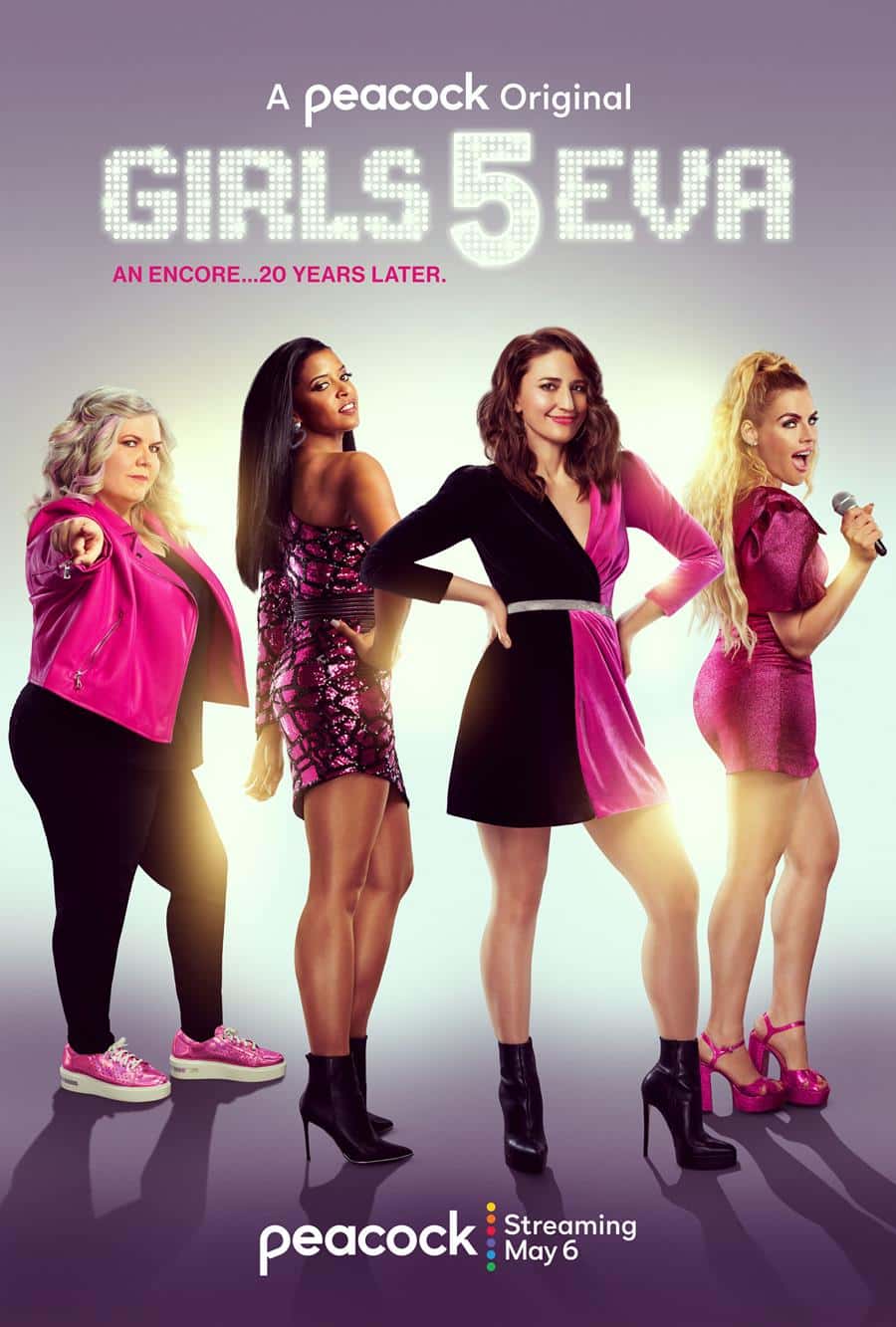 Peacock Original comedy GIRLS5EVA will premiere Thursday, May 6. All eight episodes will drop at once on Peacock.