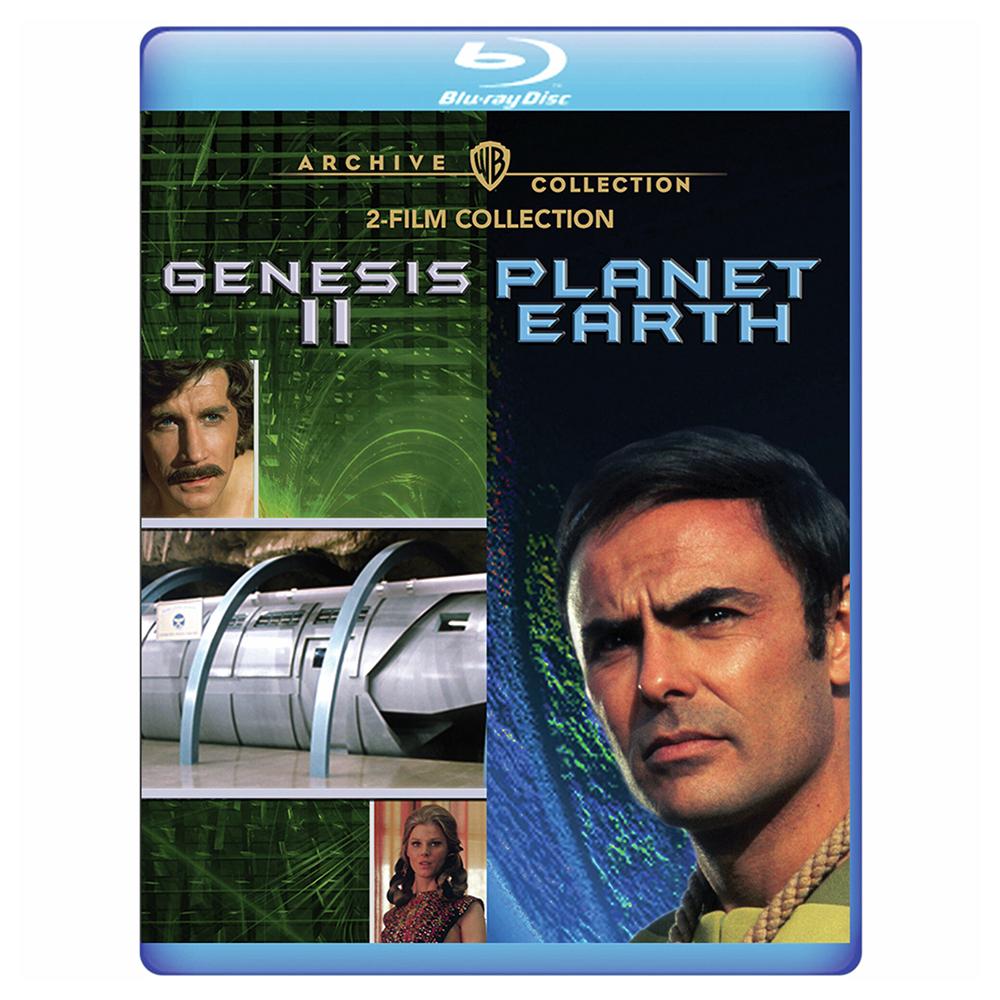 “My name is Dylan Hunt. My story begins the day on which I died.” So begins this sci-fi saga from visionary creator Gene Roddenberry (Star Trek). Genesis II follows NASA scientist Dylan Hunt (Alex Cord), who’s buried in his own suspended-animation machine at NASA’s underground Carlsbad complex following an earthquake. Revived in the terrifying 22nd century by the pacifists of PAX, descendants of his fellow scientists, he learns of The Great Conflict, a third and final world war that destroyed everything he knew. As an agent of PAX, Dylan seeks to spread the message of science and peace throughout this savage and strange new world called Earth. In Genesis II, he encounters the Tyranians, a mutant, militaristic neighboring civilization. In Planet Earth, Dylan (now played by John Saxon) journeys to the Confederacy, where a despotic matriarchy enslaves all males.