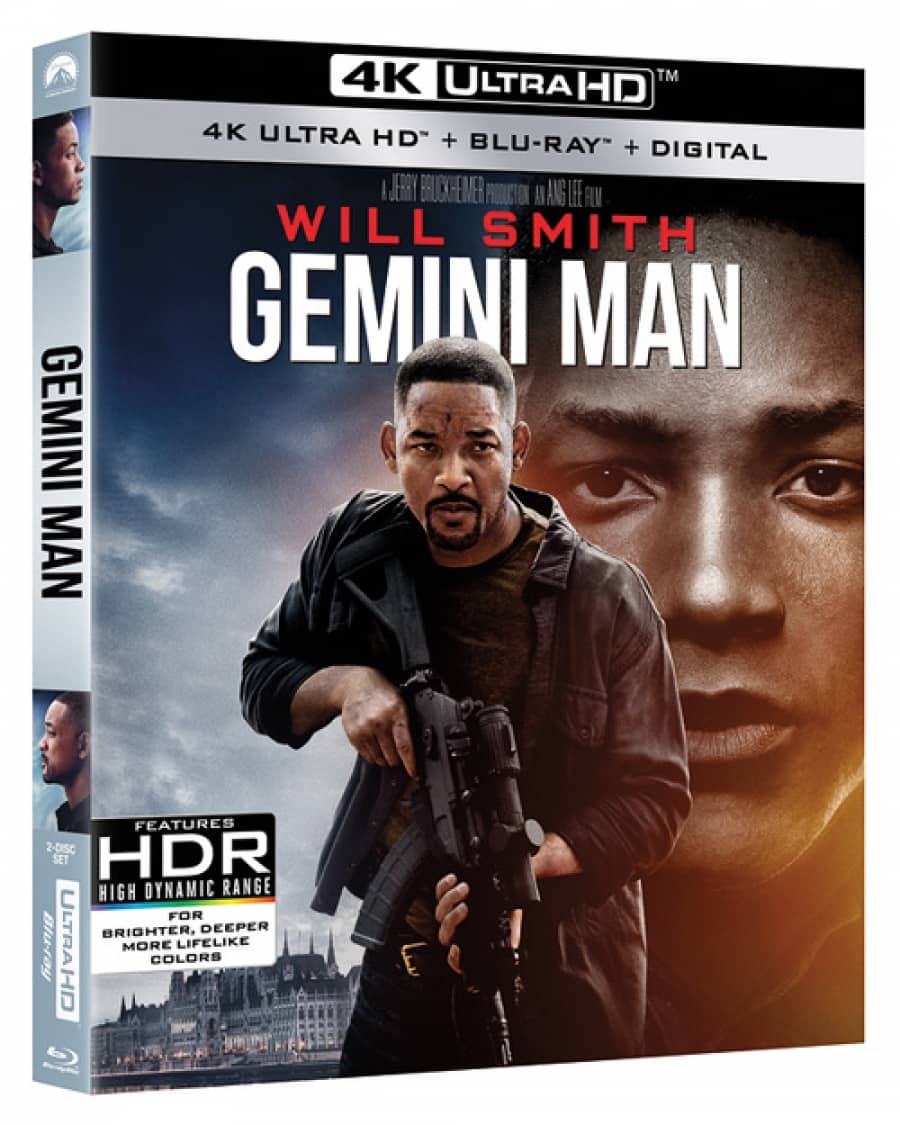 Seat42F and Paramount Home Media have teamed up to give three lucky winners a copy of GEMINI MAN on 4K Ultra HD Blu-ray.  For a chance to win send an email to contest@seat42f.com and tell us your favorite Will Smith movie. Only one entry per person. Contest ends January 21st. Winners will be notified on January 22nd via email.

The Digital**, 4K Ultra HD, and Blu-ray releases are packed with over an hour of fascinating bonus content, including an alternate opening, deleted scenes, behind-the-scenes explorations of the film’s groundbreaking technology, interviews with the cast and crew, and more.

Also, in a first for Paramount, the 4K Ultra HD disc is encoded in 60FPS (frames-per-second) for exceptional sharpness and clarity vs. the standard 24FPS and also includes an exclusive visual effects scene breakdown presented by WETA in 60FPS, Ultra HD and High Dynamic Range.

The 4K Ultra HD disc and 4K Ultra HD Digital releases present the film in Dolby Vision®, which brings entertainment to life through ultra-vivid picture quality with spectacular colors, highlights that are up to 40 times brighter, and blacks that are 10 times darker***.  GEMINI MAN is the first ever Dolby Vision high frame rate disc to be released.  The film also boasts a Dolby Atmos® soundtrack remixed specifically for the home to place audio anywhere in the room, including overhead***.  In addition, both the 4K Ultra HD and Blu-ray Combo Packs include access to a Digital copy of the film.

Will Smith stars as retired hitman Henry Brogan, forced on the run by a young, highly skilled operative who will stop at nothing to eliminate his target.  Now on a race around the globe, Henry must outsmart the mysterious assassin at every step – but how far will he go once they finally come face to face?  Packed with epic fight scenes and groundbreaking visual effects, GEMINI MAN is the future of action movies.