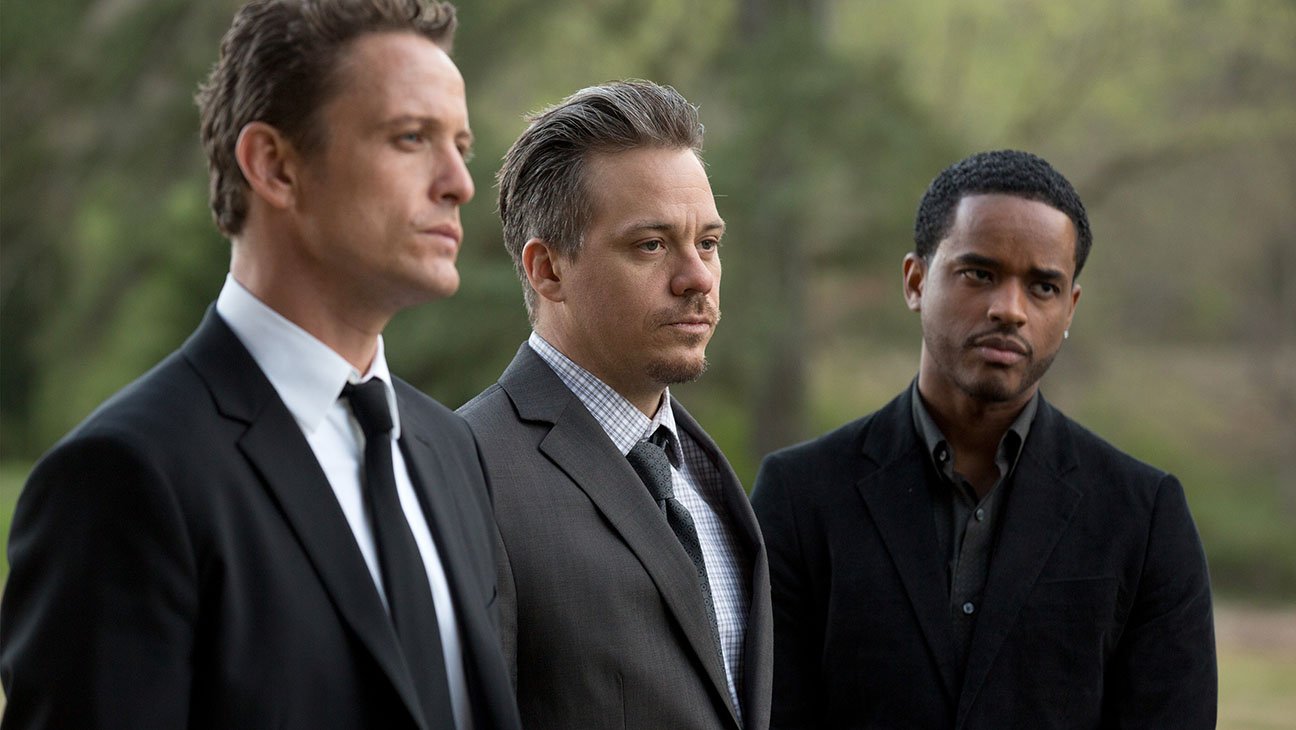 NBC’s latest drama, GAME OF SILENCE, is based on a Turkish show. Four best friends went through a traumatic experience in their childhood that changed everything for them. Now, as adults, they remain scarred by their experience, and at least one of them would like to do something about it. Are they getting in over their heads?

Honestly, I don’t like GAME OF SILENCE very much. The story is somewhat interesting and seems constructed well enough. They cast is fine. Events are over the top to the point where they don’t seem believable, but one could say the same about most television shows. Superficially, it seems like a good premise. So what is it that doesn’t sit right with me?

Well, for one, the characters are a little flat. The central protagonist is Jackson Brooks (David Lyons, Revolution), who has left the old neighborhood behind to become a lawyer. Everything is going right in his life before the others come back, engaged to an intelligent, beautiful woman (Claire van der Boom, Hawaii Five-O) and about to make partner, a very tired set up. Yet, while Jackson resists giving that up when his buddies ask for his help, he doesn’t exactly stay out of things. Why did he try so hard to leave in the first place if he wasn’t going to stay out?

There is a girl the group looked out for, Jessie (Bre Blair, Last Vegas), whom Jackson used to have a thing for. Now, Jessie is with someone else, but that feels false, too. It seems like TV programs always have to force a love triangle, and this one feels particularly strained, given who her current partner is. How many folks in real life break up with one person and then start dating their friend? It doesn’t seem such a common occurrence, and I struggle to comprehend why the characters in GAME OF SILENCE felt this would be OK. The formula is sometimes acceptable when the story justifies it enough or there are fitting distractions from it, but that is not the case this time.

The other players are even more underdeveloped, at least at the start. Jackson’s gang, which includes Gil (Michael Raymond-James, True Blood), Boots (Derek Phillips, Friday Night Lights), and Shawn (Larenz Tate, House of Lies), all appear to be one-note, despite the fact that they are all played by recognizable faces from quality shows. Viewers are shown what the guys want, but not why exactly, and while to some degree that is being saved for frequent flashbacks, more could easily be done to differentiate their personalities and motivations than is present.

GAME OF SILENCE feels a lot like a number of films and miniseries from the past few decades. Some kids got into trouble, and then it comes back to bite them. From It to Mystic River, the main premise has been done before at a higher quality level. Why make something that so obviously invites comparisons if it’s not going to stand up to the level of what’s come before it?

That’s probably my biggest problem with GAME OF SILENCE. It just doesn’t feel fresh and exciting. It’s almost like I’ve already seen it before, even though I know I haven’t. It relies far too much on the familiar and the cliché, rather than building a world that viewers can get lost in. With the steep competition on the airwaves today, it’s got to do better than this to stand out. I applaud NBC for making something that’s not just another crime drama, but am disappointed by the lack of creativity that went into something like this.

GAME OF SILENCE premieres Tuesday, April 12 at 10/9c on NBC.