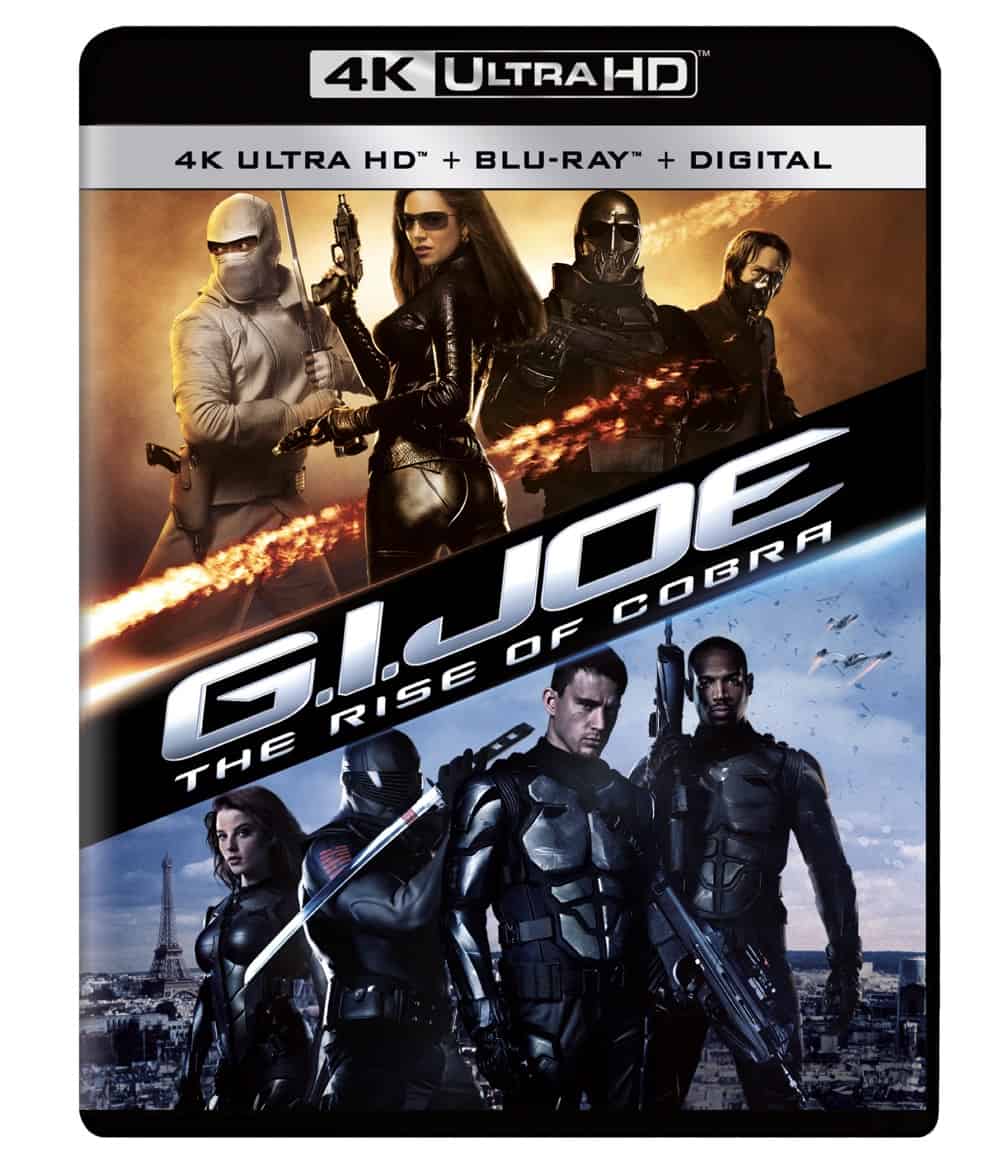 For the first time, both G.I. JOE: THE RISE OF COBRA and G.I. JOE: RETALIATION will be available on disc in 4K Ultra HD with Dolby Vision® and HDR-10 for ultra-vivid picture quality.*

Starring Channing Tatum, Marlon Wayans, Sienna Miller, Joseph Gordon-Levitt, Rachel Nichols and Ray Park, as well as veteran actors Dennis Quaid and Christopher Eccleston, G.I. JOE: THE RISE OF COBRA follows a top-secret elite strike force featuring the best operatives from around the globe.  After a high-tech secret weapon is stolen by a mysterious and evil organization known as COBRA, it’s a race against time for the G.I. JOE team to avoid their enemy from plunging the world into chaos.

Dwayne Johnson, Channing Tatum and Bruce Willis star in the explosive global hit G.I. JOE: RETALIATION.  The G.I. JOE team has been set up to take the fall for a terrible crime they didn’t commit.  Now, ROADBLOCK, DUKE, and the rest of the team must once again face their mortal enemy COBRA, as well as dangerous new threats operating within the government. When all else fails, one option remains —RETALIATION.

The G.I. JOE: THE RISE OF COBRA two-disc 4K Ultra HD Blu-ray set includes access to a digital copy of the film along with previously released bonus content:

G.I. JOE: THE RISE OF COBRA U.S. Rating:  PG-13   For strong sequences of action violence and mayhem throughout

G.I. JOE: RETALIATION U.S. Rating:  PG-13   For intense sequences of combat violence and martial arts action throughout and for brief sensuality and language