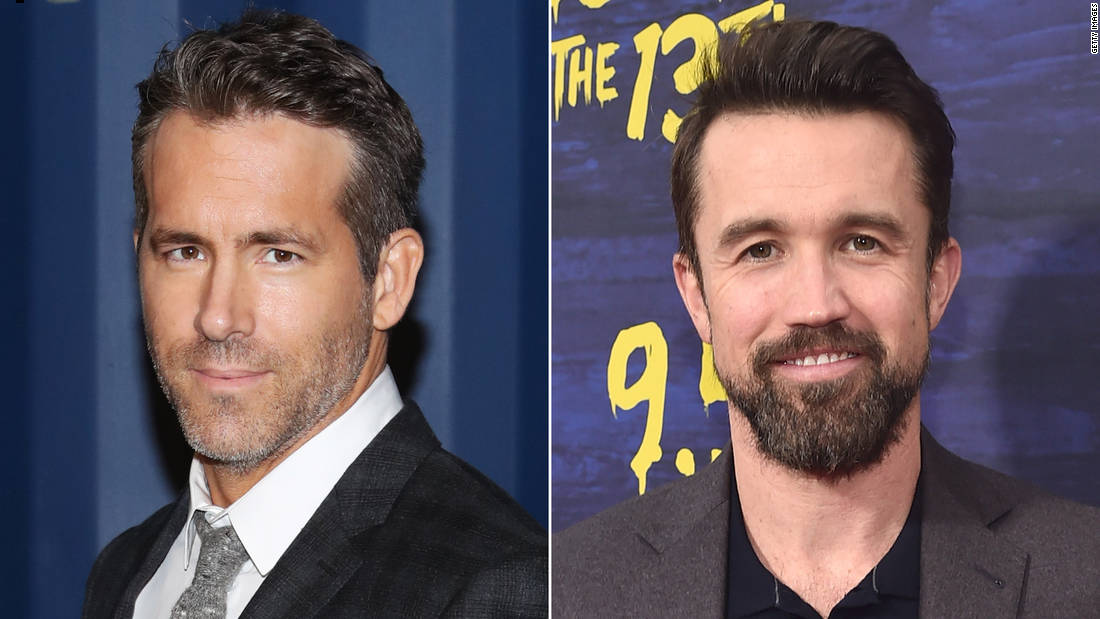 FX has placed a two-season order for Welcome to Wrexham, a docuseries tracking the dreams and people of Wrexham, a working-class town in North Wales, UK, as two Hollywood stars take ownership of the town’s historic yet struggling football club, it was announced today by Nick Grad, President, Original Programming, FX Entertainment.

In 2020, Rob McElhenney (It’s Always Sunny in Philadelphia) and Ryan Reynolds (Deadpool) teamed up to purchase the team in the hopes of turning the club into an underdog story the whole world could root for.  The worry?  Rob and Ryan have no experience in football or working with each other.  That said, they are serious about their investment in Wrexham, improving the club and doing right by the townspeople.

“Rob McElhenney has been an all star on Team FX for years and now has partnered with the formidable Ryan Reynolds to bring glory to the ‘Red Dragons’ in the docuseries Welcome to Wrexham,” said Grad. “Rob and Ryan will take fans inside the sport as never before, pairing their genuine love for the game with the welcome challenge of building on the heritage of this club.”

Founded in 1864, the “Red Dragons” are one of the oldest football teams in the world and currently compete in the National League, the fifth tier of the English football league system.

From Hollywood to Wales, the pitch to the locker room, the front office to the pub, Welcome to Wrexham will track Rob and Ryan’s crash course in football club ownership and the inextricably connected fates of a team and a town counting on two actors to bring some serious hope and change to a community that could use it.

Welcome to Wrexham will be executive produced by McElhenney, Reynolds, Nick Frenkel and John Henion.  The series is produced by Broadwalk Pictures.

Rob McElhenney is the creator, executive producer and star of FXX’s It’s Always Sunny in Philadelphia, which was recently renewed by the network for four additional seasons, and upon its season 15 premiere will make history as the longest running television sitcom of all time. He is also the creator, executive producer and star of Apple TV+ critically-acclaimed comedy series Mythic Quest, which recently debuted its anticipated second season, and currently has a 100% Certified Fresh score on Rotten Tomatoes.

Ryan Reynolds is a Canadian actor, producer, screenwriter and entrepreneur. He has been nominated for Golden Globe® and Grammy® awards for his work on the Deadpool film franchise and has been recognized as one of the most creative people in business by both Fast Company and AdWeek. After beginning his acting career in 1991, Ryan rose to prominence in comedy series Two Guys, A Girl and a Pizza Place and dozens of films including The Proposal, Definitely, Maybe, Mississippi Grind and Free Guy. He is also an award-winning marketer, creating breakthrough campaigns for Deadpool as well Aviation Gin, Mint Mobile and the Match Group. He is an owner of Aviation Gin, Mint Mobile, Wrexham Football Club and a co-founder of Maximum Effort, a production company and marketing firm.

FX is comprised of the networks FX, FXX and FXM, the video on-demand app FXNOW, and the streaming hub FX on HULU that features exclusive FX series, next day access to current FX and FXX series, and FX Networks’ library of legacy series.

FX on Hulu exclusive series include Devs, Mrs. America, A Teacher and the upcoming The Old Man, Y: The Last Man, American Horror Stories and Fleishman is in Trouble. FX, the flagship general entertainment basic cable channel, launched in June of 1994 and is carried in 86 million homes. The diverse schedule features a growing roster of critically-acclaimed and award-winning hit drama series including Pose, Snowfall, Mayans M.C., and Taboo; the critically-acclaimed limited series American Horror Story, Fargo, American Crime Story, FEUD, Black Narcissus and the upcoming Shōgun and Pistol; acclaimed hit comedy series including Atlanta, Better Things, What We Do in the Shadows, Breeders and the upcoming Reservation Dogs; the half-hour series Mr Inbetween, The Choe Show and the Untitled B.J. Novak Project; a slate of docuseries and documentary features, including The New York Times Presents, The Most Dangerous Animal of All, AKA Jane Roe, A Wilderness of Error, Hip Hop Uncovered and Hysterical; and the FX Original Movie A Christmas Carol. FX is the former home of the critically-acclaimed and award-winning hit drama series The Shield, Nip/Tuck, Rescue Me, Damages, Sons of Anarchy, Justified and The Americans.

The network’s library of acquired box-office hit movies is unmatched by any ad-supported television network. FXX, the newest network, launched in September 2013 and is carried in 82 million homes. Geared towards a young adult audience, the schedule features original series, movies, and acquired series.

The channel is anchored by the acclaimed hit comedies It’s Always Sunny in Philadelphia, the Emmy® Award-winning comedy series Archer, DAVE and Cake, a weekly showcase of short-form comedy programming. FXX is also the cable home to The Simpsons, the longest-running comedy in TV history. FXM was launched in October of 1994 and is now carried in 57 million homes. Its schedule features classic films during the day (FXM Retro), contemporary box office hits and acclaimed, award-winning films, and short-form award-winning original programming in the evening.