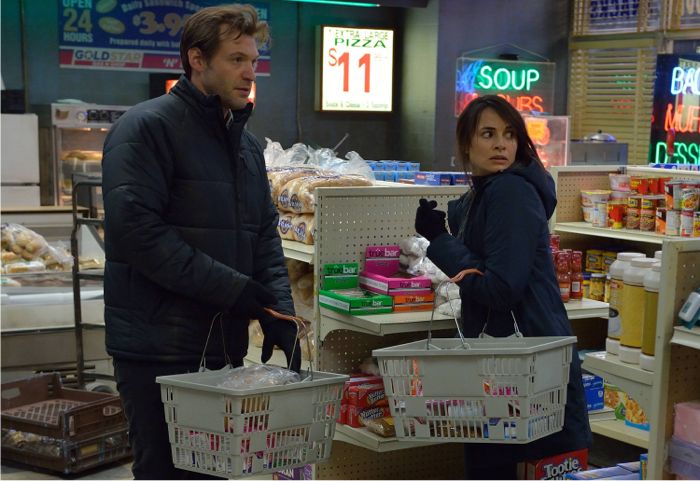 FX Networks has set the premiere dates for the highly-anticipated third seasons of The Strain and You’re the Worst, it was announced today by Chuck Saftler, President of Program Strategy and COO, FX Networks. The Strain returns to FX with a 10-episode season on Sundays at 10 PM ET/PT starting August 28.You’re the Worst is back for 13 episodes on FXX on Wednesdays at 10 PM ET/PT beginning August 31.

The Strain, the acclaimed thriller from Guillermo del Toro and Carlton Cuse, based off of the best-selling “The Strain Trilogy” by del Toro and Chuck Hogan, will begin its third season on FX on Sunday, August 28 at 10 PM ET/PT. As season three begins, New York City is a battleground. Written off by the federal government, the people of New York City must fight for survival on their own. The question is who will win? Humans or strigoi? Our heroes win victories, but are not winning the war. Beset by personal conflicts – betrayal, disappointment, paranoia – our group is splintering… Meanwhile, the Master is close to executing an irreversible transformation of the world. Is there still hope to save the city and humanity? The ensemble cast stars Corey Stoll, David Bradley, Kevin Durand, Jonathan Hyde, Richard Sammel, Natalie Brown, Miguel Gomez, Max Charles, Ruta Gedmintas, Rupert Penry-Jones, Samantha Mathis and Joaquín Cosío. The Strain hails from Showrunner/Executive Producer/Director/Writer Carlton Cuse along with Co-Creators/Executive Producers/Writers Guillermo del Toro and Chuck Hogan. Gary Ungar, J. Miles Dale, Bradley Thompson, David Weddle and Regina Corrado also serve as Executive Producers. The Strain is produced by FX Productions.

You’re the Worst, the critically-acclaimed comedy series from Stephen Falk, will return to FXX for its third season on Wednesday, August 31 at 10 PM ET/PT. You’re the Worst is a modern look at love and happiness told through the eyes of two people who haven’t been very successful with either. It’s the story of Gretchen and Jimmy, fear, heartbreak, romance, sex, food, Los Angeles, Sunday Funday, friendship, and the fact that sometimes the worst people make the best partners. An original comedy from writer and executive producer Stephen Falk, You’re the Worst puts a dark twist on the romantic comedy genre. Narcissistic, brash, and stubborn Jimmy Shive-Overly (Chris Geere) has inadvertently found himself paired up with cynical, people-pleasing, and self-destructive Gretchen Cutler (Aya Cash). Rounding out the cast is Desmin Borges, who plays Edgar Quintero, Jimmy’s once homeless war veteran roommate who is struggling to manage his PTSD while forging a post-combat life; and Kether Donohue as Lindsay Jillian, Gretchen’s best friend and former partner in crime who’s exploring her identity after her loveless marriage was resurrected by a surprise pregnancy. You’re the Worst is produced by FX Productions.