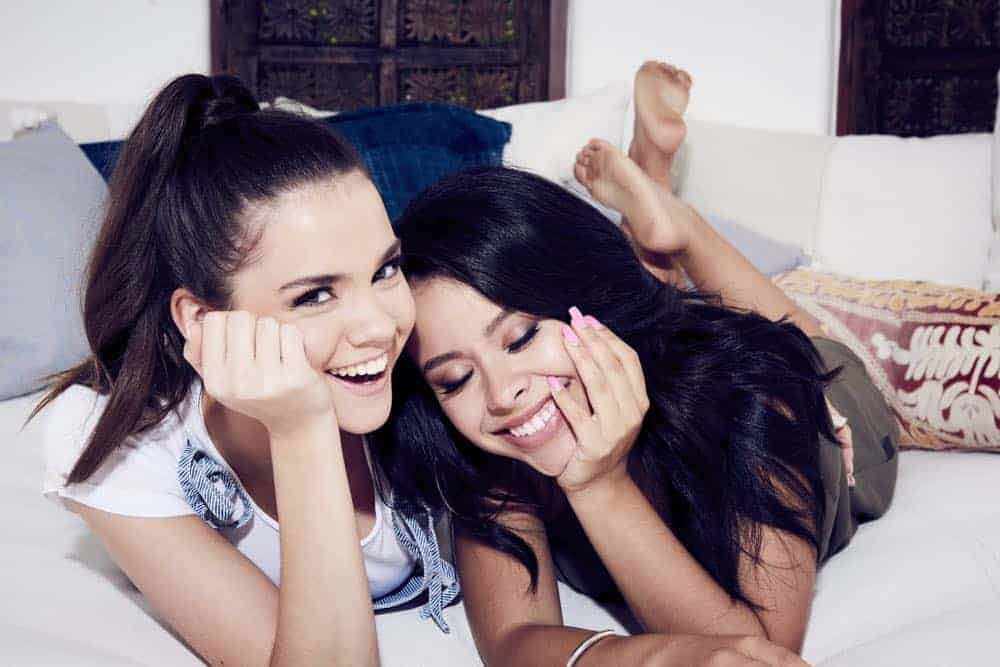 Today, Freeform officially began production on “Good Trouble,” the spinoff to the critically acclaimed drama “The Fosters,” in Los Angeles. The series, which was announced earlier this year, will follow Callie (Maia Mitchell) and Mariana (Cierra Ramirez) as they embark on the next phase of their young adult lives in Los Angeles.

Joining Maia Mitchell and Cierra Ramirez as series regulars are fellow neighbors at The Coterie apartment complex: Tommy Martinez (“Riverdale”) who will portray Gael, a socially conscious and politically active graphic designer; newcomer Zuri Adele who will portray Malika, a whip-smart former foster kid with a pension for social justice; and Sherry Cola (“I Love Dick”) who will portray Alice, a first-generation Asian American who manages the apartment complex. Roger Bart (“A Series of Unfortunate Events”) will portray conservative Judge Wilson for whom Callie is clerking.

Rounding out the cast are Emma Hunton (“Happy Endings”), who will portray Davia, a no holds barred teacher who also lives at The Coterie, and Ken Kirby (“The Gay and Wondrous Life of Caleb Gallo”), who will portray Benjamin, a conservative fellow clerk who works with Callie.

Part of Disney|ABC Television, Freeform connects to audiences and goes beyond entertainment with bold, original programming and immersive social engagement. As Disney’s young adult television and streaming network, it delivers a unique mix of quality original and acquired series, plus fan-favorite movies and the holiday events “31 Nights of Halloween,” “Kick Off to Christmas” and “25 Days of Christmas.” The Freeform app is a service that allows viewers with participating TV subscription services access to 24/7 live viewing of the network, as well as continued on-demand access via a wide array of devices.