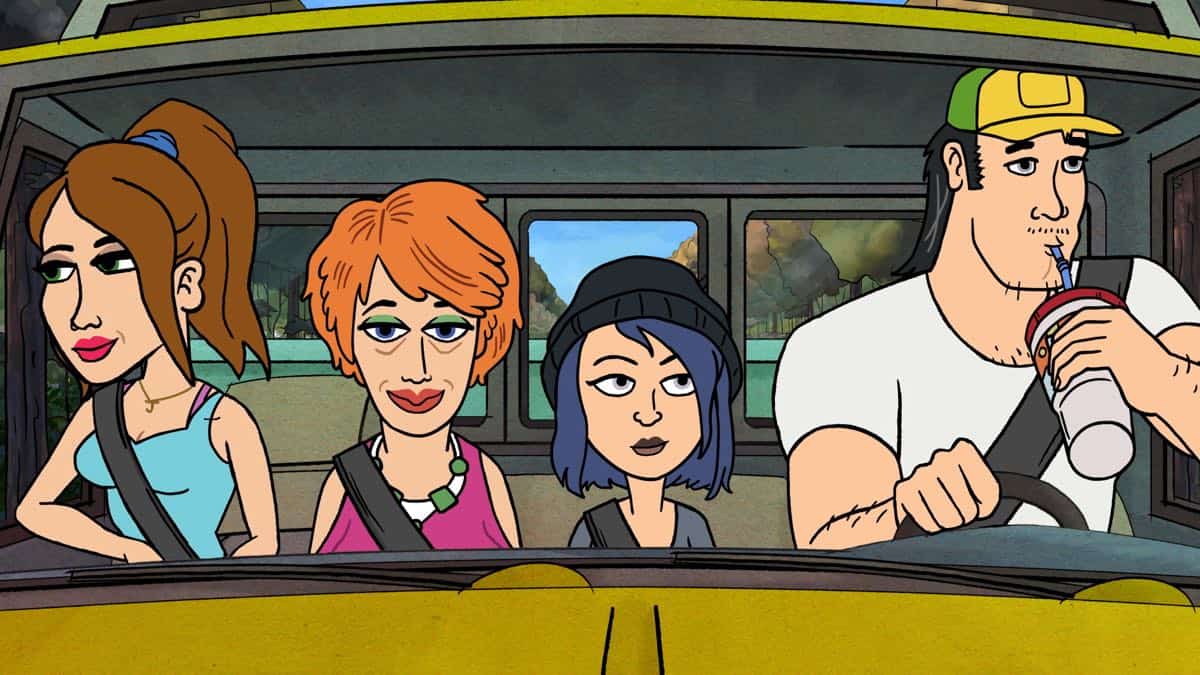 FOX Entertainment has ordered a second season of the new animated series BLESS THE HARTS, to air during the 2020-2021 season.  With animation serving as a cornerstone of FOX programming, the network expanded its Sunday night brand this fall with the introduction of a new original voice and concept in BLESS THE HARTS. Created and executive-produced by Emmy Award winner Emily Spivey (“The Last Man on Earth,” “Parks and Recreation,” “Saturday Night Live”) and featuring a voice cast of comedy all-stars, including Kristen Wiig, Maya Rudolph, Jillian Bell, Ike Barinholtz and Kumail Nanjiani, the half-hour animated comedy follows the Harts, a Southern family that is always broke, and forever struggling to make ends meet. They one day hope to achieve the American dream, but they’re already rich – in friends, family and laughter.

“BLESS THE HARTS is an incredibly sharp, yet sweet, series that complements the FOX Animation Domination block perfectly,” said Michael Thorn, President, Entertainment, FOX Entertainment. “It simply doesn’t get much better than having a comedy anchored by talent like Kristen Wiig, Maya Rudolph, Ike Barinholtz, Jillian Bell and Kumail Nanjiani. We want to thank creator and executive producer Emily Spivey, whose unique voice and personal experience brought this family to life, as well as executive producers Phil Lord and Chris Miller, and our partners at 20th Century Fox Television. We are thrilled to watch the Hart family experience more adventures, mishaps and boxed wine for another amazing season.”

In the series, JENNY HART (Academy Award and Golden Globe nominee Kristen Wiig, “Bridesmaids,” “Saturday Night Live”) is a single mother supporting her family working as a waitress in the small town of Greenpoint, NC.  While Jenny’s the head of her family, she’s often at odds with, or scheming with, her lottery scratcher-obsessed mother, BETTY (Emmy Award and Screen Actors Guild Award nominee Maya Rudolph, “The Good Place,” “Bridesmaids”), and her witty, creative daughter, VIOLET (Emmy Award nominee Jillian Bell, “Workaholics,” “Fist Fight”). Jenny’s doting, eternal optimist boyfriend of 10 years, WAYNE EDWARDS (Ike Barinholtz, “Neighbors,” “Blockers”), is the love of her life and a surrogate father to Violet. He’s a charming dreamer who may never hit the big time, but he’s not going to give up the fight. Jenny’s even got a bit of divine power in her corner, as JESUS (Academy Award nominee Kumail Nanjiani, “The Big Sick,” “Silicon Valley”) regularly appears to her while she waits tables at neighborhood restaurant The Last Supper. In the end, the Harts may not have much, but they may just have everything they need.

BLESS THE HARTS is averaging 3.3 million viewers across all platforms and a 1.0/4 L7 rating. In week two, BLESS THE HARTS built +63% from its premiere with a 1.3/5 L7 rating, ranking as the second-highest rated telecast for a new comedy this season (tie).

In the all-new Halloween-themed “Cremains of the Day” episode airing Sunday, Oct. 20 (8:30-9:00 PM ET/PT) on FOX, Violet, David and Leonard find out that Wayne is afraid of ghosts, so they decide to take him on a ghost hunt to cure his fear. Meanwhile, Jenny and Betty try to honor Jenny’s late father on his favorite holiday.