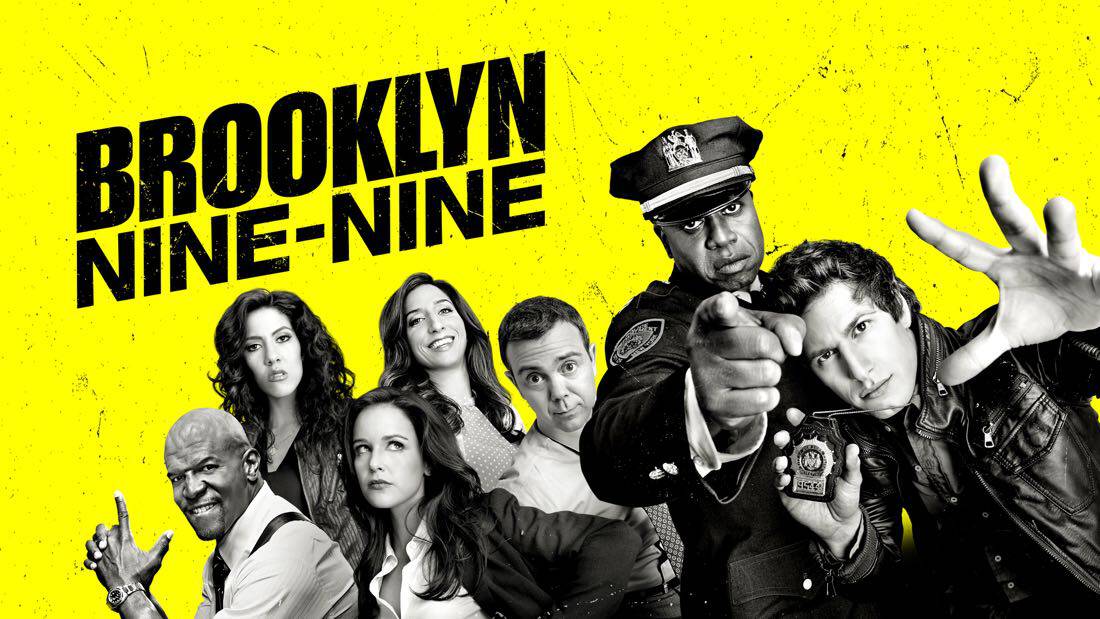 Comedy worlds collide this fall when characters from BROOKLYN NINE-NINE and NEW GIRL meet each other in the Big Apple in back-to-back episodes airing Tuesday, Oct. 11 on FOX. The one-hour crossover event begins with BROOKLYN NINE-NINE (8:00-8:30 PM ET/PT) and concludes with NEW GIRL (8:30-9:00 PM ET/PT). Additional details regarding the crossover event to be announced.

“BROOKLYN NINE-NINE crossing over with NEW GIRL is very exciting, but (and this is supposed to be a secret) it’s just the first step,” said Dan Goor, co-creator and executive producer of BROOKLYN NINE-NINE. “Stay tuned for our two casts to do a soulful R&B number on EMPIRE, co-anchor the FOX 10 O’Clock News and connect for a touchdown on FOX NFL SUNDAY. But in all seriousness, we’re all huge fans of NEW GIRL here at the Nine-Nine, and we’re excited to see our characters interact and to work with their incredible writers and producers. And also to see what their craft services are like, compared to ours.”

“The crossover episode has historically been the artistic high point of any show that has dared to attempt it,” said Elizabeth Meriwether, creator and executive producer of NEW GIRL. “Maybe you remember ‘Blackout Thursday’ on NBC, or even further back the infamous ‘Alf’/‘Gilligan’s Island’ crossover of the late 1980s. NEW GIRL and BROOKLYN NINE-NINE will proudly and humbly go where few shows have gone since the 1990s. We know we have big shoes to fill, and we look forward to disappointing everyone. There’s a 50% chance Alf will also be in both episodes. But there’s also a 50% chance that is a lie.”

Season Four of BROOKLYN NINE-NINE and Season Six of NEW GIRL premiere on Tuesday, Sept. 20 on FOX. In the season premiere of BROOKLYN NINE-NINE (8:00-8:30 PM ET/PT), Jake (Andy Samberg) and Holt (Emmy Award nominee Andre Braugher) remain in Florida under the Witness Protection Program, with only one human link to their regular lives – U.S. Marshall Karen Haas (guest star Maya Rudolph, “Maya and Marty”). Then, on NEW GIRL (8:30-9:00 PM ET/PT), Jess (Zooey Deschanel) faces Nick (Jake Johnson) for the first time after realizing she has feelings for him, while Schmidt (Max Greenfield) and Cece (Hannah Simone) begin a frustrating hunt for their first house.