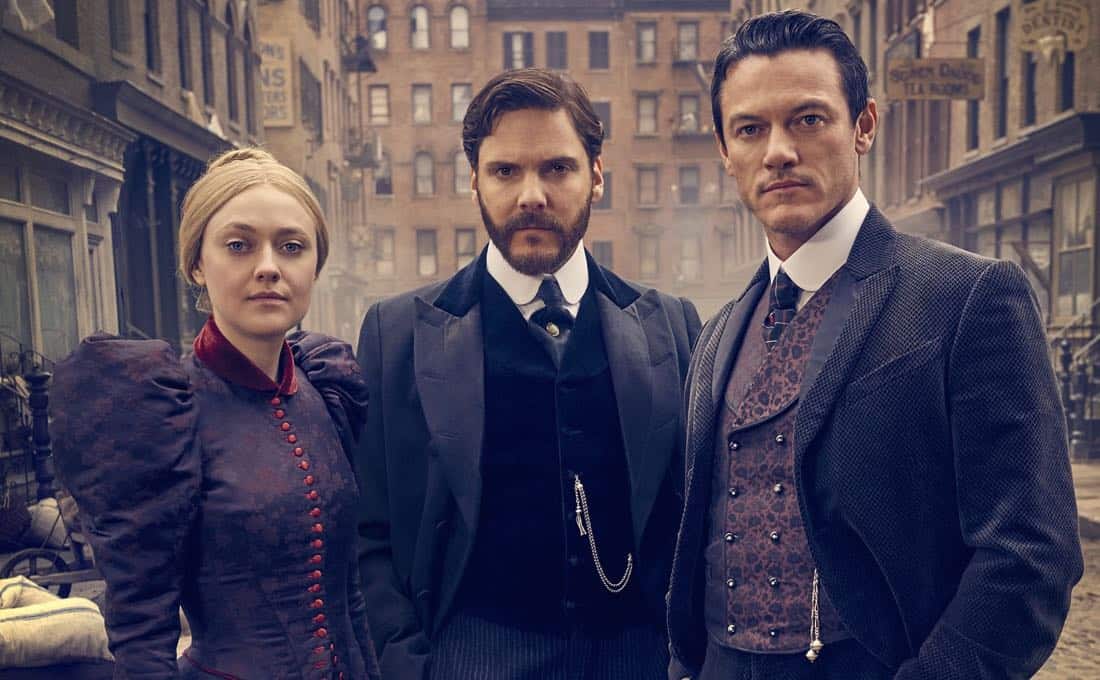 Today, Netflix, the world’s leading Internet entertainment service, announced that the highly anticipated series The Alienist, starring Daniel Brühl, Dakota Fanning and Luke Evans, will launch on April 19th exclusively on Netflix everywhere excluding the U.S. and France. All ten episodes will be available at once for members around the world.

An unflinching psychological thriller set amidst the underbelly of New York City’s “Gilded Age,” The Alienist follows Laszlo Kreizler (Daniel Brühl, Inglourious Basterds, Rush, Captain America: Civil War), a brilliant and obsessive “Alienist” in the controversial new field of treating mental pathologies, who holds the key to hunting down a never-before-seen ritualistic killer murdering young boys. Based on the award-winning, fan-favorite novel by Caleb Carr, with standout performances from Luke Evans (The Girl on the Train) and Dakota Fanning (American Pastoral), The Alienist is a gripping, turn-of-the-century murder mystery like none other: the story of the emergence of the world’s most powerful city that will stop at nothing to bury its darkest secrets.

“The response to the show in the US has been incredible and now I can’t wait for the rest of the world to watch it”, says Luke Evans.

“To play one of the most compelling characters I’ve ever read on the page has been a huge honour”, says Daniel Brühl. “Caleb Carr devised a fascinating world of intrigue and complexity, and I look forward to international audiences seeing how our brilliant cast and creatives have brought his words to life.”

“I am very proud of this show, and really excited that people will be able to watch it all at once”, adds Dakota Fanning.

About Netflix
Netflix is the world’s leading internet entertainment service with over 109 million members in over 190 countries enjoying more than 140 million hours of TV shows and movies per day, including original series, documentaries and feature films. Members can watch as much as they want, anytime, anywhere, on nearly any internet-connected screen. Members can play, pause and resume watching, all without commercials or commitments.