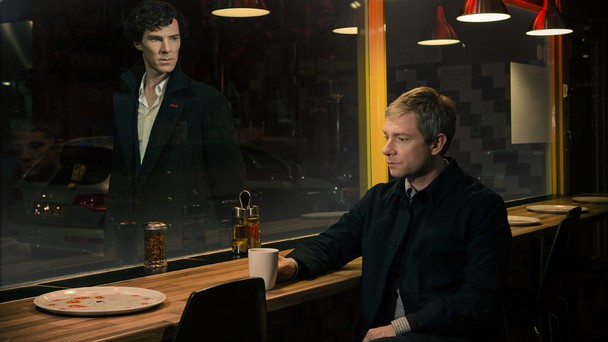 The question on everyone’s lips will finally be answered when Sherlock returns with three brand-new action-packed adventures. How did he do it? And how will John take the news that his best friend faked his own death? What will Sherlock think when he finds out John has fallen in love with Mary Morstan? She’s sensible, quick-witted and not at all taken in by Sherlock’s posturing. Once again, the game is on for Sherlock and John in the first episode of the new series, The Empty Hearse written by Mark Gatiss.

Speaking about the return of the series, executive producer, writer and co-creator Steven Moffat said: “It’s been a long time since Sherlock Holmes jumped off that roof – it’s time to reveal the truth about what happened between him and the pavement.”

Executive producer, writer and co-creator Mark Gatiss added: “Sherlock and John Watson are back at last! And they’re just where we want them – on the streets of London having mad, thrilling adventures.”