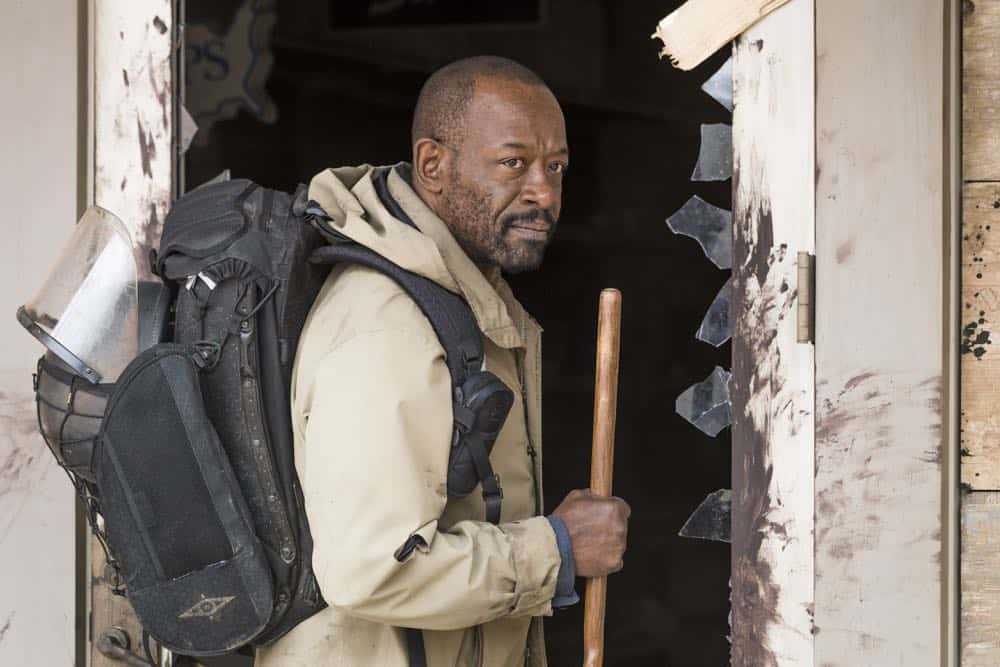 As Morgan’s (Lennie James) bid to free the remaining members of the group becomes bolder, Virginia (Colby Minifie) grows increasingly desperate to find her sister and protect the settlements from forces working inside and outside her walls. The second half of Season Six reveals the impact of what living under Virginia’s control has done to each person in this group, who once saw themselves as a family. New alliances will be formed, relationships will be destroyed, and loyalties forever changed. When everyone is forced to take sides, they discover the meaning of, “The End is the Beginning.”’

ABOUT AMC
AMC is home to some of the most popular and acclaimed programs on television. AMC was the first basic cable network to ever win the Emmy® Award for Outstanding Drama Series with Mad Men in 2008, which then went on to win the coveted award four years in a row, before Breaking Bad won it in 2013 and 2014. The network’s series The Walking Dead is the highest-rated series in cable history. AMC’s current original drama series are Better Call Saul, Dispatches from Elsewhere, Fear the Walking Dead, NOS4A2, Quiz, Soulmates, The Walking Dead, The Walking Dead: World Beyond and the forthcoming series 61st Street, Kevin Can F Himself and Pantheon. AMC also explores authentic worlds and discussion with original shows like Talking Dead, AMC Visionaries and Ride with Norman Reedus. AMC is owned and operated by AMC Networks Inc. and its sister networks include IFC, SundanceTV, BBC America and WE tv. AMC is available across all platforms, including on-air, online, on demand and mobile.

ABOUT AMC+
AMC+ is the company’s new premium subscription bundle featuring an extensive lineup of popular and critically acclaimed original programming from across AMC Networks’ entertainment networks and a number of the company’s targeted streaming services including Shudder, Sundance Now and IFC Films Unlimited, which feature content such as Riviera, Creepshow, A Discovery of Witches and Boyhood. Currently available to Amazon Prime Video Channels, Apple TV channels, Comcast Xfinity, DISH and Sling TV customers, AMC+ features a continually refreshed new library of commercial-free content, including Mad Men, Orphan Black, Portlandia, The Salisbury Poisonings, Gangs of London, Soulmates and The Walking Dead: World Beyond, among many others.