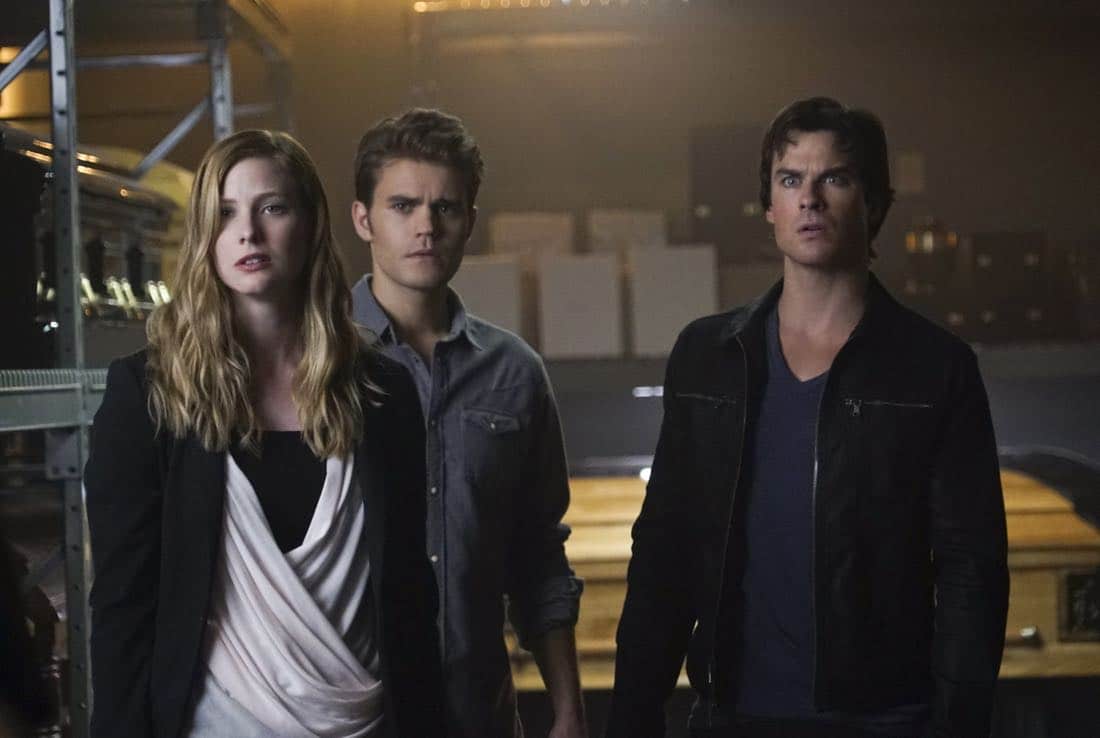 After eight epic seasons of high-stakes romance, adventure, and drama, THE VAMPIRE DIARIES will conclude its run with the upcoming 2016-17 season. The announcement was made today at San Diego Comic-Con® by executive producers Kevin Williamson and Julie Plec. The panel concluded with a farewell video from the cast and producers, which featured an exclusive premiere of the new song “Changing Tides,” by The Fray.

“It’s so rare for a show to get to last this long, and what a privilege that Mark Pedowitz and Peter Roth have allowed us to choose the time to end the journey on our own creative terms,” said Plec. “It’s been eight of the best years of my life. I will miss it terribly, but I’m so proud to be here to see it to its proper end.”

“THE VAMPIRE DIARIES has meant so much to so many fans around the world, and has meant so much to all of us at The CW,” said Mark Pedowitz, President, The CW. “I am a huge fan of the show myself, and I’ve seen every episode. So I am very happy that we can give Julie and Kevin the chance to finish their story the way they have envisioned, and to give viewers a fantastic conclusion to eight spectacular seasons.”

“I feel so blessed to have been a part of THE VAMPIRE DIARIES. It has been a magical, thrilling, life-changing experience,” said executive producer Kevin Williamson. “Working with Julie and our amazing cast and crew has been one of the highlights of my career and life. At its core, the show has always been about family and that’s what we have become behind the scenes as well — one big family. And while it’s sad to see it come to an end, I’m thrilled to be back and part of the final chapter. We’re very grateful to our loyal audience — they’re our family, too — and we hope to say thank you by giving them the last and most epic season ever. Thank you, thank you, thank you.”

“The sun, the moon and stars aligned for me one day in March when I got the official call that I had been cast in this very special role as Damon Salvatore,” said star Ian Somerhalder. “I’m so very grateful to those who fought for me to have this opportunity (you know who you are), for those that have worked so hard to make this show happen, and to those that have loyally watched it, making it part of their lives. This show has enriched my life greater than anything I’ve done in my career and it will live in my heart. We are a family and I will miss you. Thank you again to this amazing cast and crew, Kevin, Julie, Warner Bros., The CW and the most loyal fan base the world has ever seen. Wow, what a ride.”

“Being cast in THE VAMPIRE DIARIES has changed the trajectory of my life, to say the very least,” said star Paul Wesley. “I’m beyond fortunate for the experiences I’ve had and lessons I’ve learned over the last seven years. I want to thank Kevin and Julie, as well as Peter Roth and Warner Bros., Mark Pedowitz and The CW, our incredible cast and crew, and especially the TVD fans all around the world who are the reason this show became such a worldwide success. I am beyond grateful to have been a part of it.”

The eighth and final 16-episode season of THE VAMPIRE DIARIES will premiere Friday, October 21 (8:00-9:00pm ET/PT), with a series finale date to be announced later. The series is from Bonanza Productions Inc. in association with Outerbanks Entertainment, Alloy Entertainment, Warner Bros. Television and CBS Television Studios.