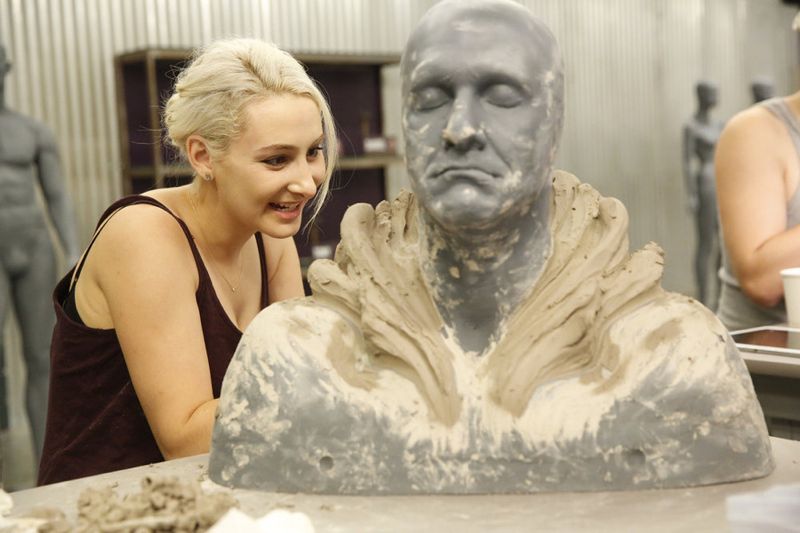 Syfy confirmed today that the critically-acclaimed reality competition series Face Off – the channel’s most watched unscripted series – will return on Tuesday, January 13 at 9PM for an action-packed eighth season themed “Return of the Champions.” In a twist on the show’s traditional format, three former champions, Rayce Bird (Season 2), Anthony Kosar (Season 4) and Laura Tyler (Season 5), will return in the premiere and select teams of five new artists who they will coach throughout the season.

After an exciting and high-stakes season of competition highlighted by themes of life and death, three artists remain in the fight for the title of Season 7 Face Off champion – Cig Neutron of Los Angeles, CA by way of New Castle, IN; Drew Talbot of Pittsburgh, PA by way of Wood River, IL; and Dina Cimarusti of Chicago, IL. For their final challenge, they will each create a pair of knights, one representing life and one representing death that will have to withstand the trials of battle. The Season 7 finale of Face Off airs Tuesday, October 28 at 9PM ET/PT on Syfy.