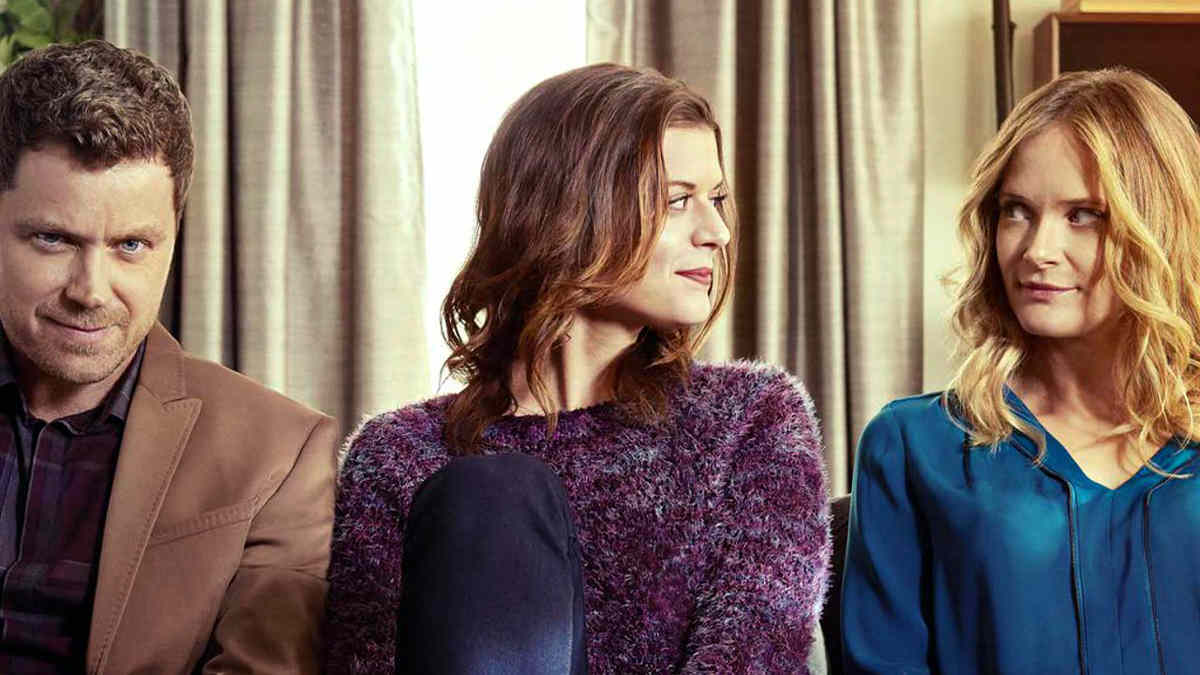 “You Me Her,” television’s first “polyromantic comedy,” infuses the grounded and relatable sensibilities of an indie rom-com with a distinctive twist. What begins as an impulsive “date” between suburban husband Jack (Greg Poehler, “Welcome to Sweden”) and neophyte escort Izzy (Priscilla Faia, “Rookie Blue”) spins into a whirlwind three-way affair including Jack’s wife Emma (Rachel Blanchard, “Fargo”), who’s been keeping secrets of her own. Their “arrangement” soon breaks free of its financial bonds to become something else entirely – a real romance with real stakes involving three real people – confronting viewers with a compelling question: What if your best, truest, happiest life looked nothing like you thought it would? Would you be brave enough to live it? Inspired by an article in Playboy magazine written by John Richardson, “You Me Her” was created and written by Executive Producer and showrunner John Scott Shepherd, author of “Henry’s List of Wrongs” and creator of “The Days” (ABC) and “Save Me” (NBC) and was directed entirely by Nisha Ganatra (“Transparent,” “Shameless,” “Married”).

The awkward morning after dredges up old fears for Jack and Emma and wounded feelings for Izzy. With their three-way fling feeling like more trouble than it’s worth, Jack and Emma wish they’d shut it down before the whole blackmail thing started…

“You Me Her,” the newest comedy series from AT&T* AUDIENCE Network and Entertainment One Television (eOne) airs on Tuesdays at 9 p.m. ET/PT. The 10 half-hour episodic series airs exclusively on AUDIENCE Network on both DIRECTV and AT&T U-verse.