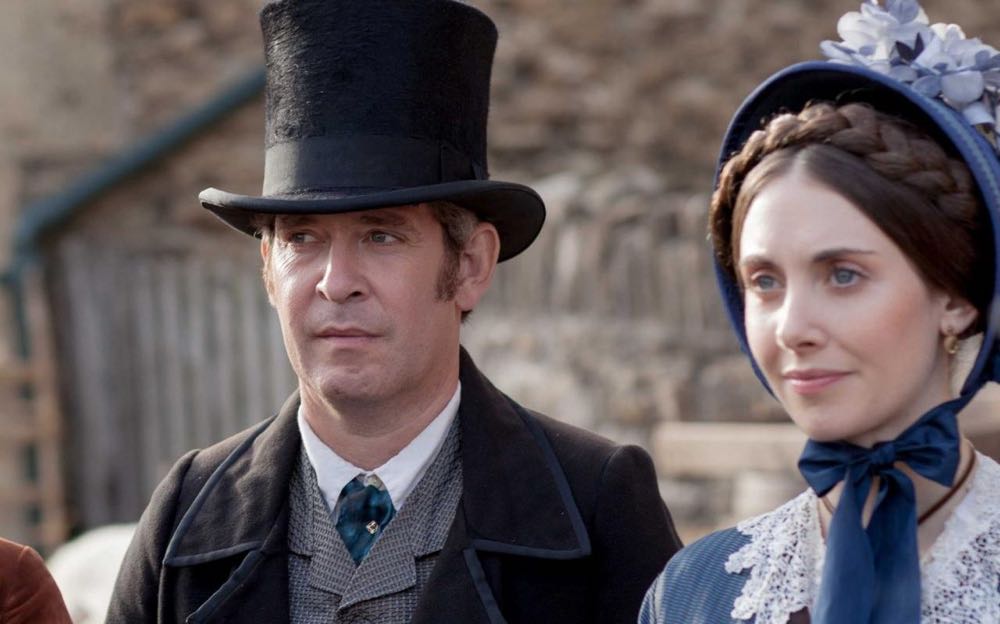 Amazon today announced it has added the period drama series Julian Fellowes Presents Doctor Thorne to its lineup of Amazon Original Series, and is scheduled to premiere the series on Prime Video in the U.S. on May 20. A production from The Weinstein Company, Julian Fellowes Presents Doctor Thorne is the latest series from Oscar and Emmy-winning writer Julian Fellowes; and is directed by Niall MacCormick and stars Tom Hollander (Mission: Impossible – Rogue Nation) as Doctor Thorne, Ian McShane (Ray Donovan) as Sir Roger Scatcherd, and Alison Brie (Mad Men) as Miss Martha Dunstable. The series—a story of love, vanity, arrogance and illegitimacy—will debut on Prime Video in the U.S. for Prime members to stream and download at no additional cost to their membership. The Weinstein Company had previously picked up the North American rights to series from Hat Trick International earlier last year. Amazon Prime members can watch the entire first season of Julian Fellowes Presents Doctor Thorne using the Amazon Video app for TVs, connected devices including Amazon Fire TV, and mobile devices, or online at Amazon.com/originals. Customers who are not already Prime members can sign up for a free trial at Amazon.com/prime.

“Doctor Thorne’s multilayered storytelling coupled with an outstanding ensemble cast is an exciting addition to our line-up,” says Roy Price, Vice President, Digital Video and Amazon Studios. “Prime members have loved having access to Downton Abbey, making each season a top streamed show on Prime Video since 2011, and we hope to make Prime Video the home for even more of Julian Fellowes future projects.”

“Downton Abbey captivated audiences for six incredible seasons and it’s a tremendous thrill to be part of creator Julian Fellowes’ next endeavor Doctor Thorne. Amazon Prime is the perfect home to bring Fellowes’ beautiful, smart, and creative world to US audiences,” said Harvey Weinstein, Co-Chairman of The Weinstein Company. “Amazon’s millions of fans who tuned intoDownton Abbey will love this new show. Each episode will feature an exclusive, special introduction from Julian Fellowes himself. And we hope this is the first of many Julian Fellowes Presents that we plan on creating with Amazon and our UK partner at Hat Trick.”

Doctor Thorne is a beautiful book written by Anthony Trollope and considered a classic in many countries. Trollope may not be a household name like Jane Austen or Charles Dickens, but there are many people who believe he belongs alongside them in the literary pantheon. Julian Fellowes has adapted this story with the same love and care he gave to Downton Abbey andGosford Park—for which he won the Oscar for Best Original Screenplay.

In the series, Dr. Thomas Thorne (Hollander) lives a quiet life with his niece Mary (Stefani Martini, Endeavour) in the English village of Greshambury, which is ruled with an iron fist by the terrifying Lady Arabella Gresham (Rebecca Front, Humans). But Lady Arabella’s world is forever changed when she learns that her beloved son is planning to elope with common-born Mary, rather than follow through on his arranged marriage to the rich American heiress Martha Dunstable (Brie). Unbeknownst to the rest of the town, the prestigious Gresham family has all but lost their fortune after their patriarch Francis Gresham Senior (Richard McCabe, Cinderella) squandered it on one of his many fruitless pursuits; they’re now forced to take loans from drunken millionaire Sir Roger Scatcherd (McShane) in order to survive. Lady Arabella’s scheme to regain their fortune through the arranged marriage now seems poised for disaster; butLady Arabella is not one to be easily dissuaded, and thus resolves to achieve her goal by any means necessary.