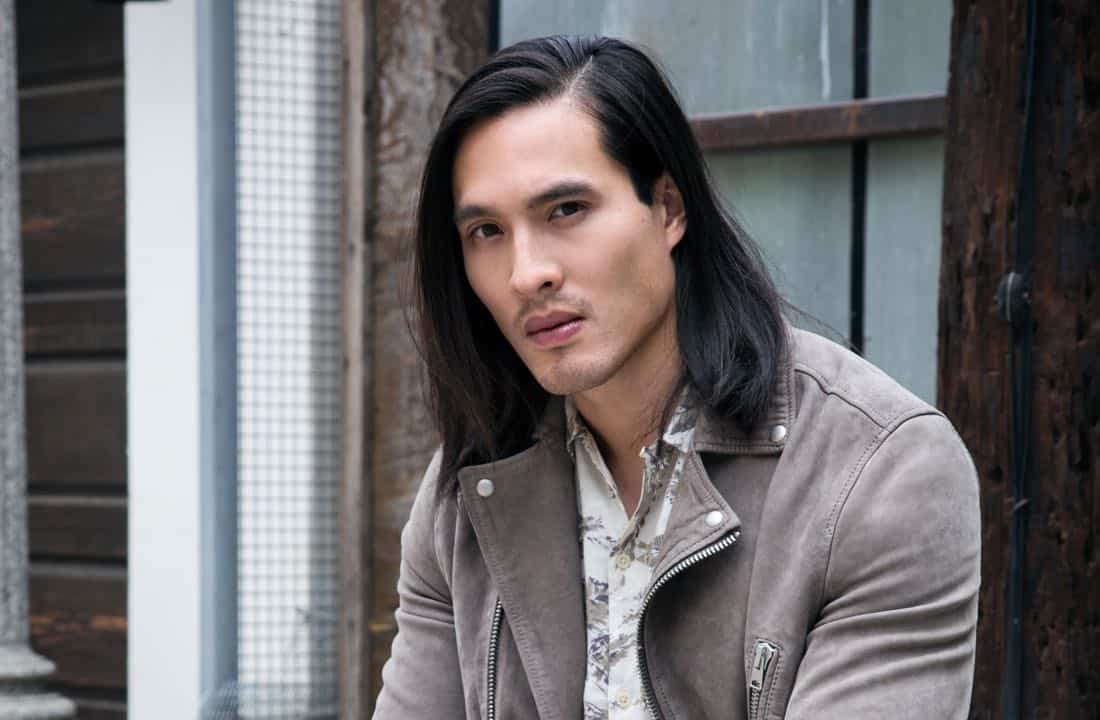 Season 2 of THE SHANNARA CHRONICLES started off spectacularly with the introduction of new friends, new foes ad a few new faces and one of those is the enigmatic General Riga, portrayed by Desmond Chiam. While General Chaim aims to eradicate all magic and those who wield it, his perspective is not entirely unsympathetic as he is entirely correct that magic has brought great trouble and terror across the Four Lands. Desmond Chiam’s portrayal is particularly intriguing as the audience understands that he truly believes that he has the best interest of everyone at heart. In an exclusive interview, Desmond takes about what drew him to this complex role and his reflections on his career as it continues to grow and afford amazing opportunities.

What initially appealed to you about the role of General Riga and working on Spike’s THE SHANNARA CHRONICLES?
DESMOND: I’m a massive fantasy nerd, so that in and of itself was enough to convince me that this was a fit. That aside, though, the character was intriguing and definitely not one that I ever thought I would ever have a shot at playing. Charismatic and powerful are not words that a young Chinese boy grows up thinking applies to him.

How would you describe who your character is?
DESMOND: He’s a Crusader – and I mean that in the most literal, historical usage of the word. The leader of a strong military core, supported ideologically by the common folk throughout the Four Lands. Of course, we know the evils that the actual crusades visited on people before they pulled back – and Riga himself is cunning, charming, and not at all unwilling to throw down in the mix of things, which makes them him and his supporters all the more dangerous.

What do you most admire and/or like about him?
DESMOND: His drive, I think. There’s something admirable in committing singularly to a particular ideal, but I think what I like most is the warning he represents against such absolutism. Sincere and blind dedication is one thing, but rarely do they make for the cleanest hands.

What is it like working alongside such a talented ensemble on THE SHANNARA CHRONICLES?
DESMOND: Incredibly fulfilling and inspirational. It’s great seeing so many different work styles all leading to one great, cohesive project. All of us, new or old, brought something special into the mix. It’s opened my eyes to a lot of new techniques, working patterns, understandings – and more than anything else, it’s taught me to stay humble.

Who would you like to work more with on the show?
DESMOND: I had the bulk of my scenes with Manu Bennett, and this is a pattern I would not hate to have repeated. The man gives as good as he gets, so much respect to him. Other than that – everyone’s a standout.

Any favorite scenes that you got to work on so far this season?
DESMOND: Can’t give away too much, but the action sequences this time round were insanely fun and challenging to work on. Other than that, my favorite scene just aired – the torture scene with Allanon in the dungeon was a great little mental chess match.

Then what is your favorite part about working on the show?
DESMOND: Just being in New Zealand, amongst the verisimilitude of it with respect to the Four Lands, is a fantasy nerd’s dream. Seeing the prop-masters and set-builders bring it all to life – it’s magical.

What has been the one thing you as an actor haven taken away from working on THE SHANNARA CHRONICLES so far?
DESMOND: Trust your instincts, make them heard.

What is the biggest challenge working on THE SHANNARA CHRONICLES?
DESMOND: That above, actually. Not to say people aren’t receptive or nice, because that would be entirely untrue. But there’s such a busy atmosphere particularly on a set like this, with a million moving pieces, you almost feel like you’re infringing on someone’s time if you pipe up and have a contrary opinion as to character or action. But it’s important to do so.

What has been the biggest surprise working on THE SHANNARA CHRONICLES?
DESMOND: Everyone warns you that Hollywood is drama. I’m a cynic by nature, so I believed the hype – but there was none of that here.

What has surprised you most about your career to date?
DESMOND: The whole of 2016, frankly. I’ve played two very, very different characters, both of whom are wildly outside the type I thought I’d be right for. Three, if we’re counting Alan Tudyk’s series, because before he cast me for that I was walking into rooms and hoping they wouldn’t notice I was Australian – I thought that and the Chinese thing together would lead to too many distracting questions. It’s opened a lot of doors for me, both in the business and in terms of my craft.

At this stage of your career, what do you think you have learned from the amazing variety of roles and projects you have worked on?
DESMOND: That perseverance trumps doubt, every time. Just because you can’t craft the character right the first, or second, or third, or fourth time doesn’t mean you can’t.

Then what are the perks of where you are in your career right now?
DESMOND: It’s cool seeing people be inspired by Asian elves. Malese and I are, I’m pretty sure, the first two Asian elves on screen in a regular capacity. You have no idea how much that means to the inner 10 year old fantasy nerd in me. That, and people are recognizing me at cons. That’s a nice little ego boost.

If there were one role you would like to revisit, which would it be and why?
DESMOND: There was one very early role I took in Australia, where I play a doctor who pretty much fails to save the main character’s love interest. I would pitch that he manages to save him – it was pretty amusing seeing how much people reviled my medical incompetence.

Do any of your characters and the situations they find themselves in ever leave a lasting impression on you?
DESMOND: Yes and no. I think the job of an actor is leaving a lot of that stuff behind, too. That said, there are lessons in them – particular SHANARRA. We’ve been pretty bold with the socio-political commentary this season, especially with what my character represents. I think Riga’s misguided moral system is a great lesson in the folly of reducing issues to black and white.

Has there been any great advice you have gotten? What advice would you offer to other upcoming and aspiring actors?
DESMOND: It’s a marathon, not a sprint. And to that end, prepare yourself – and I mean really prepare yourself, personally, financially, organizationally, for the long haul. It’s one thing knowing, intellectually, that it’s a long journey and another to actually be living it. In an ideal world, it’s all art, all the time – but we don’t live in an ideal world. Figure out how you’re going to out-sustain the others.

Do you have any other upcoming projects that you can share that fans should keep an eye out for?
DESMOND: Yes! “Magic Camp” is a Disney movie directed by Mark Waters of Mean Girls fame. I sat next to Gillian Jacobs for a week and managed to only get tongue tied twice – she is a woman talent and wit. “Chronicles of Anatta” should also be another fun genre romp!

To see how ferociously Desmond embraces his role as General Riga and if General Riga can find a way to finally rid the Four Lands of all magic, be sure to tune in for all new episodes of THE SHANNARA CHRONICLES on Wednesday nights at 9:00 p.m. on Spike. To find out more about Desmond’s projects and his life adventures, be sure to follow him on Twitter @deschiam and to see more cool behind the scenes previews be sure to follow @Shannara on Twitter as well.