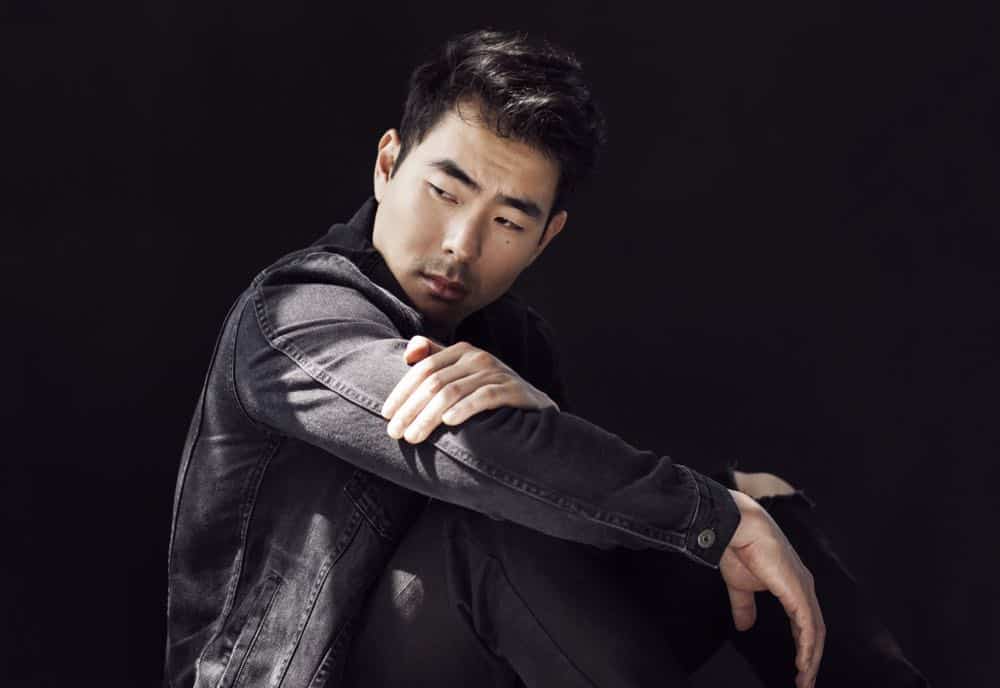 After recent brief appearances in the CW’s SUPERNATURAL, iZOMBIE and THE FLASH, actor Lee Shorten is breaking out with his role in the Amazon original series THE MAN IN THE HIGH CASTLE. In an exclusive interview, Lee Shorten shares the appeal of working on the illustrious series that captured imaginations with its vivid portrayal of an alternate reality where the Japanese and Germans won World War II and what life would be like in the decades and years that followed, as well as what he has learned from this extraordinary experience at this point in his career.

What initially drew you to the role of Sergeant Hiroyuki Yoshida in the Amazon series THE MAN IN THE HIGH CASTLE?
LEE: I’m a huge fan of Philip K. Dick’s work in general and of course, “Blade Runner” is a ridiculously amazing film. So, when I heard Ridley Scott was bringing this project to life, I had to be involved. What drew me to Yoshida was the fact he was initially one of the only Japanese Americans. Here’s a guy who was raised in America but ends up working for the enemy. Right off the bat there was this fascinating duality and complexity to him and being adopted myself, I thought there was a lot I could bring to the role.

How would you describe your character? What do you most admire and/or like about him?
LEE: Yoshida is a man torn between two worlds. As a member of the Kempeitai he’s chosen to fully embrace this new world but at the same time, he can never shake his American upbringing. We often get to see that, for example he speaks out of turn and has a certain recklessness that is so very un-Japanese. Yoshida felt deeply betrayed by the Japanese Internment and that’s a huge driving force for him. He’s committed to doing whatever it takes to protect those he loves. I often like to think that in another life under different circumstances he would have been a good person.

Is Sergeant Yoshida solidly behind the decisions being made by Inspector Kido and Tagomi, or is he starting to question what is going on in Season 2?
LEE: Yoshida views Kido like a surrogate father so he’s loyal, almost to a fault, but at the same time because of his American upbringing he is willing to ask questions. And I know with my dad, I love him to death, but we also don’t always see eye to eye. Haha. Kido and Tagomi are concerned with the politics and the bigger picture, which Yoshida isn’t always privy too. On the flip side, Yoshida is in the trenches doing the dirty work. Yoshida is there to remind Kido of the human cost of what they do. There’s also a new player in town, General Onoda (played by Tzi Ma), and he is even more old world. He views anyone who wasn’t born and raised in Japan as inferior, which is a new and interesting dynamic for this season.

What journey does your character undertake in Season 2?
LEE: Tensions between Germany and Japan are high this season. Consequently, Kido and Yoshida are put under a lot of pressure to get their house in order, find the Man in the High Castle, put down the Resistance and deal with the Yakuza. Having really earned Kido’s trust last season, Yoshida is given a lot more freedom to operate and make his own decisions. But as Uncle Ben would say, with great power comes great responsibility and that is what Yoshida learns this season. It’s easier to do the things he does when he can sort of put it on Kido. But when it’s on him, how far is he willing to go and at what cost?

What was it like working with Joel de la Fuente and Cary Hiroyuki Tagawa?
LEE: Terrible. Hated every minute of it. Haha. Kidding. Joel and Cary are consummate professionals. Their dedication, passion, work ethic and of course talent is next level. Not to mention the fact both are incredibly generous and kind hearted gentlemen. They come to set with so many great ideas, so ready to play and collaborate. I learned a lot from them. I remember watching Mortal Kombat and Rising Sun as a kid, so to work alongside these industry veterans was a great experience. They have very different approaches to the work though, almost Yin and Yang. Cary is the cool uncle and Joel is the older brother I never had.

What was your favorite part about working on this project?
LEE: Oh man, tough question. That’s like asking what your favorite part of the holiday season is, there’s so many great things. But just like holiday season, although I love the food, it’s spending time with my friends and family that really make it. The cast and crew on this show are like family. Everyone comes to set with such passion for the show and love for one another. It’s a very respectful and collaborative set which gives you the freedom as an actor to play, explore and work. We’re also fortunate to have some incredible sets and costumes, it’s mind blowing what Drew, Audrey and JR have done. It makes your job as an actor so much easier.

What was the one thing you took away from working on THE MAN IN THE HIGH CASTLE?
LEE: I learned so much by working alongside our cast and crew. But I have to say the biggest take away for me is my friendship with Joel de la Fuente. I cannot express how much love and respect I have for that man.

What do you hope viewers take away from watching it?
LEE: I hope our viewers find a love for history because we can learn so much. I hope people who watch the show reflect on how things could have been and the nature and importance of freedom, liberty, justice and equality. The thing our show does really well is remind us that unlike superhero movies (which I love), evil isn’t obvious. There are no masks or aliens or scarred clowns. Evil often comes wearing the face of reasonableness. Evil men and women have families they love, they play baseball, they go to the movies and eat popcorn. And that is truly terrifying, the unspeakable acts seemingly ordinary everyday men and women are capable of.

At this stage of your career, what do you think you have learned from the amazing variety of roles and projects you have worked on?
LEE: That human beings are infinitely complex and it’s my responsibility to bring depth and complexity to each role. And in order to do that, I need to do as much homework as I can. The more homework I can do, the more I can bring to the role.

Then what are the perks of where you are in your career right now?
LEE: Honestly, the work itself. I really enjoy the process, getting a script, breaking it down, building a character, etc. There is nothing else I would rather be doing. Luckily for me, I’m starting to get to a place where the work I am getting is becoming increasingly challenging and more rewarding.

If there were one role you would like to revisit, which would it be and why?
LEE: I would really like to see Yoshida in our timeline. There was a scene we cut where Yoshida talks about his family. His father was what they called a ‘No No Boy’, named because he answered no to questions 27 and 28 during the war. Whereas his uncle fought for the US and was part of the 442nd, which was a real unit in WWII comprised of Japanese Americans. I encourage people to read up on both. In the High Castle reality, Yoshida chose to support his father, but I like to imagine that in our timeline, he chose his uncle. And as purely an acting challenge, it would be interesting to build and play that character.

Has there been any great advice you have gotten? What advice would you offer to other upcoming and aspiring actors?
LEE: I’ve been really fortunate in my career. I’ve worked with so many talented and generous actors who have taught me so much. The advice I would give is the advice I have been given over the years: “Work really, really hard. Act as much and as often as you can, because really, experience is the best teacher.” Having said that, “every time you get a role, do your homework, understand as much about the character and the world as you possibly can. Read voraciously and seek out challenging roles, roles that push you.”

You also have a couple films coming out. What can you share about the films and the roles you portray?
LEE: There’s a film called “Wildhouse,” which is about a young girl with psychic abilities. I play her older brother who is this abusive and manipulative drug dealer. Then there is “Fathers and Son,” which just premiered at the Whistler Film Festival. I play the adoptive father of a child who is kidnapped by the biological father. I’m adopted myself and director Joel Ashton McCarthy just had his first son, so it was a personal film for us both. I think this is my third collaboration with Joel. He’s a hardworking and talented director. Can’t say enough good things about him.  Are there other upcoming projects that you can share that fans should keep an eye out for?
LEE: I just shot a pilot, called “Ask Will.” It’s this quirky comedy that reimagines William Shakespeare as a modern day relationship advice columnist and his characters as actual people who write in seeking advice. Believe it or not, I’m playing Shakespeare, so fingers crossed we get picked up.

What do you aspire to do next?
LEE: Part of what I love about acting is it’s a craft you can never master. Can’t even come close. Every story, every character is different and ultimately they call for different things. So I’m focused on sharpening my skills and adding new ones while continuing to work on different and challenging projects. I’d love to play a villain in a superhero movie, work on a show like WESTWORLD and I’d love to work with Noah Hawley or Bryan Fuller.

To find out what further twists and turns await, be sure to tune in for the release of THE MAN IN THE HIGH CASTLE Season 2 on Friday, December 16th available exclusively on Amazon Prime, and be sure to keep an eye out as Lee’s career continues to rise in Hollywood.