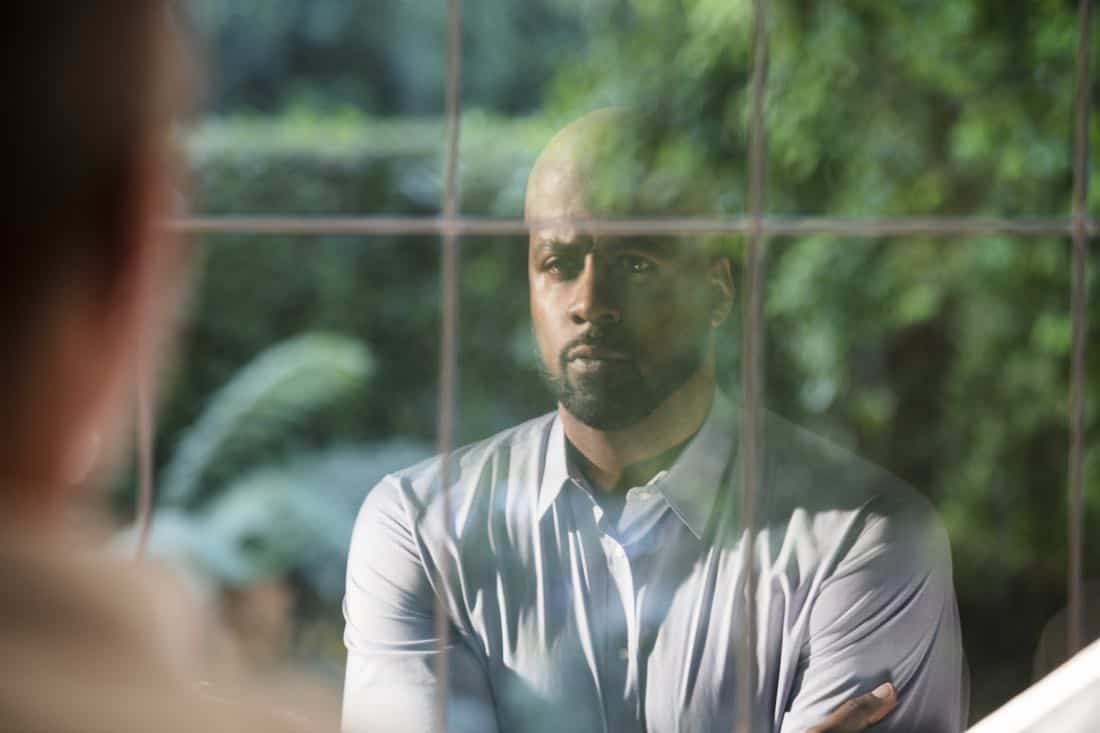 By far, the hottest new superhero show is MARVEL’S RUNAWAYS airing exclusively on Hulu. Embracing the dark side in this new series is actor Ryan Sands, who portrays Geoffrey Wilder, leader of a suspicious group known as The Pride. Grateful and perhaps a little gleeful, in an exclusive interview, Ryan previews his ambiguous role and reflects about some of the things he has learned along the way during his long and fruitful career.

What initially appealed to you about the role of Geoffrey Wilder and working on MARVEL’S RUNAWAYS?
RYAN: The Marvel factor was huge. I’ve been a big Marvel fan for as long as I can remember so the opportunity to work on a Marvel show was extremely exciting. As far as the role of Geoffrey goes, it was the chance to play a villain! For most of my career, I’ve played good guys in law enforcement or the military. Geoffrey Wilder, as depicted in the comic books, was quite a departure from those roles.

How would you describe who Geoffrey is and his arc this season?
RYAN: Geoffrey’s a pretty serious guy who treasures his family. He is a supportive husband. He tries his best to be a good parent, despite having to keep the truth of his involvement with The Pride, as well as his violent past, from his son, Alex. This season, you’ll see Geoffrey trying to balance family and The Pride while trying to distance himself from that dark past.

What do you most admire and/or like about him?
RYAN: I admire his commitment to keeping his family safe at all costs… and his wardrobe!

What is it like working alongside such a talented ensemble on MARVEL’S RUNAWAYS?
RYAN: Working with this cast has been a great experience because everyone is so skilled at bringing the characters to life and we’re able to push each other creatively. When the cameras aren’t rolling, we genuinely have a good time with each other. We’ve got a huge cast, so a good conversation or a good laugh is never hard to find.

Who do you get to work the most with and what is that experience like?
RYAN: I usually work with my Wilder family, Alex (Rhenzy Feliz) and Catherine (Angel Parker). I love being on set with them. They’re both very talented and hard-working, focused actors. It doesn’t hurt that they’re also really cool people. #TeamWilder!

What do you think is the secret to the success of Geoffrey and Catherine’s marriage and why it works so well?
RYAN: There is a genuine love there, but I think the key word is “respect”. Geoffrey and Catherine are both leaders in their own right, but they aren’t afraid to admit their mistakes to each other and they respect each other’s opinions.

Then what is your favorite part about working on the show?
RYAN: Working with this group of actors. I really enjoy those magic moments when someone does something unexpected or when there’s a new wrinkle in a scene that occurs over the course of running it a few times.

What has been the one thing you as an actor have taken away from working on MARVEL’S RUNAWAYS?
RYAN: I’ve never worked on a project before with as many visual effects. Whenever you’re dealing with VFX, you know that you’re going to have to make that creature, that energy blast, that explosion real for yourself. The more prepared you are when you step on set, the easier it is to make those things real and give the best performance you can.

What do you hope viewers to take away from watching MARVEL’S RUNAWAYS?
RYAN: I hope that viewers who were fans of the Runaways comic books will see that much of what they originally fell in love with has successfully made the transition to screen. At the same time, I’m sure they’ll be surprised at the many new twists, turns, and deeper character explorations. For viewers who are new to the Runaways, I hope they’ll feel that they’ve been introduced to a bunch of characters whose struggles are relatable and choices are understandable… for the most part!

What is the biggest challenge working on MARVEL’S RUNAWAYS?
RYAN: Probably shooting those scenes with all of the members of Pride. With so many actors, it takes a while to get everyone’s dialogue and reactions. If visual effects are involved, it’s going to be a really long day.

What has surprised you most about your career to date?
RYAN: Playing Geoffrey has been the biggest surprise. Considering the majority of the roles I’ve played, I figured that my first series regular role would be as a detective on a crime procedural show!

At this stage of your career, what do you think you have learned from the amazing variety of roles and projects you have worked on?
RYAN: You can never be too prepared. Through the course of an acting career, you work with many directors, each with their own vision and communication style. Every actor you work with will have their own way of doing things. The environments that you shoot in may not always be what you pictured while rehearsing at home. The more prepared you are, the easier it is to roll with whatever’s thrown at you on set.

Then what are the perks of where you are in your career right now?
RYAN: A huge perk is the ability to be more selective about future projects. It’s a lot easier to pass on things that I don’t find interesting or creatively fulfilling. And at the moment, I don’t really have to worry about what that next gig is. I can spend more time developing art and film projects and visiting family on the East Coast without worrying that I’m missing opportunities to work back in LA.

If there were one role you would like to revisit, which would it be and why?
RYAN: My role as the hitman, Jonathan, in a film called “Sympathetic Details.” It was an ambitious indie film that I produced along with the film’s director, Benjamin Busch (who played my partner on THE WIRE). I was the lead actor and it was my first time producing. It was a lot to take on without a lot of time to prepare. The film was on the festival circuit in ’08, but nobody’s seen it since. I wish I could take another shot at that character, knowing what I know now.

Do any of your characters and the situations they find themselves in ever leave a lasting impression on you?
RYAN: I wish I had a poignant answer to this question, but at this point, I don’t think so. I’ve had roles that have taken me into some uncomfortable places, but nothing has left that big of an impression on me afterwards.

Has there been any great advice you have gotten? What advice would you offer to other upcoming and aspiring actors?
RYAN: I met veteran actor/director Bill Duke several years ago. He advised me to develop my own projects. He said I should create opportunities for myself to work and to tell the stories that I felt weren’t being told. I’d give the same advice to any actor. While honing your craft, create your own content. The tools are so accessible now and the outlets are endless.

Do you have any other upcoming projects that you can share that fans should keep an eye out for?
RYAN: I’m currently working on new artwork that will be found on my website, www.theryansands.com. I’m also developing feature film, “When Autumn Leaves”. It’s a romantic-drama that I plan to shoot in my hometown, Washington, DC (www.whenautumnleaves.com).

To see just what Geoffrey and The Pride are really up to and how great a threat they pose, be sure to tune in for the premiere of MARVEL’S RUNAWAYS when it is released on Tuesday, November 21st on Hulu and follow the official show Twitter account @runaways Then to follow Ryan’s upcoming projects, including his upcoming films, be sure to follow him on Twitter @theryansands