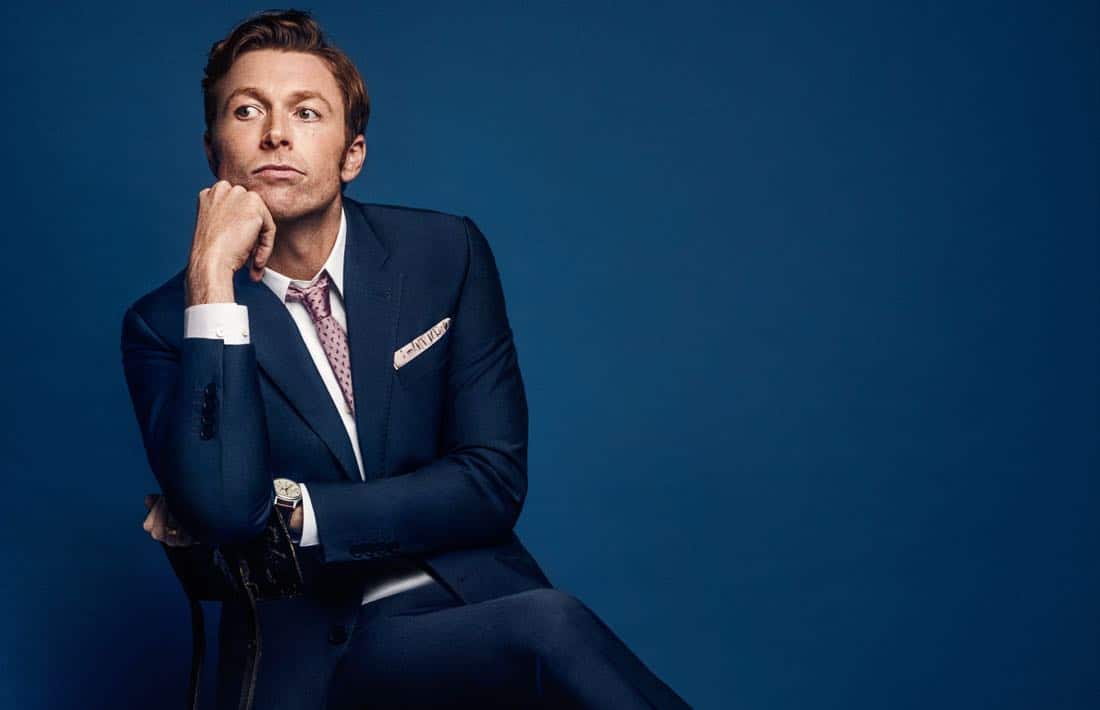 Over the past decade, actor Sam Daly has carved out a steady career appearing in a variety of television series from GREY’S ANATOMY, THE OFFICE, CASTLE, LONGMIRE, as well as a guest appearance arc on the CBS drama series MADAM SECRETARY. As MADAM SECRETARY is fond of its casting nods to the behind-the-scenes relationships of its stars, and Sam as the son of Tim Daly is another fun example of that. In an exclusive interview, Sam talked about how great a time he had working on MADAM SECRETARY and previewed his next appearance in the soon to be released film “Office Uprising.”

What appealed to you about portraying Win Barrington and working on CBS’ MADAM SECRETARY?
SAM: I was excited to show people that not everyone who works in the marijuana industry is a hippie or stoner — and that pot lobbyists are actually quite well put together and could be future politicians.

How would you describe who Win is?
SAM: Win is a waspy marijuana lobbyist. He is equally sleazy as he is sappy. He is an opportunist, but also secretly romantic. Let’s face it: Win is a douche that you can’t help but love.

What do you most admire about Win?
SAM: I admire Win’s love for Daisy [Patina Miller]. Throughout the show, Win has never wavered in his feelings for Daisy. Even when she cheated on him with Matt, Win was more hurt and heartbroken than angry. For such a cocky and seemingly narcissistic guy, Win has a sensitive side.

What was it like working alongside the talented ensemble on MADAM SECRETARY?
SAM: MADAM SECRETARY has the tallest ensemble of actors that I’ve worked with!! I am 6’3”, both Geoffrey Arend and Erich Bergen are 6’3” (or taller). Patina Miller is tall. 9 out of 10 times I am the tallest person on set. So it was refreshing to be around such talented non-vertically-challenged actors.

What is your proudest achievement and favorite part of working on MADAM SECRETARY?
SAM: Driving a ridiculously fast and good looking Porsche through Brooklyn and having to park it in the perfect position while stopping on a dime AND acting at the same time without ruining the car or crashing. Also, eating pot gum with Geoffrey Arend on network TV (even though it was fake) was absolutely hilarious and there was no shortage of laughter on set. Proudest and favorite moments for sure.

Were there any challenges working on a show where your father is one of the stars?
SAM: No real challenges. I love working with my family (both of my parents are actors) whenever possible and it’s always exciting and a blessing. If anything, I wanted to make my dad proud and do a great job — which, according to him, I did.

Were there any perks?
SAM: People are particularly friendly to me on set as they have either heard about me because of my dad or have seen me in something else. So it’s always nice to feel warm and welcome walking into a job.

What surprised you the most working on MADAM SECRETARY?
SAM: How many MADAM SECRETARY superfans there are out there! People of all age ranges both men and women have expressed how much they love the show and how they never miss it. It’s exciting to be on a show that people really love.

Then, as an actor, what has been the one thing you have taken away from the experience of working on MADAM SECRETARY?
SAM: That Brooklyn and Manhattan, filmed at the right angles with the right lighting, looks just like [Washington] DC.

You also worked on the upcoming film “Office Uprising.” What did you enjoy about working on that film?
SAM: I have never worked on a film with such incredible action, stunts and explosions!

How would you describe your character Marcus Gantt in the film?
SAM: He is an asshole that you can’t help but love to hate. (Seeing a pattern here.)

What was it like working with Zach Levi and Jane Levy in “Office Uprising”?
SAM: I did not have any scenes with either of them. However, I know Zach from playing basketball together and he is awesome. And I met Jane on set and she seems great. I worked mostly with Karan Soni and Brenton Thwaites, who both are ridiculously talented and hilarious on and off camera.

What did you take away from working on “Office Uprising”?
SAM: It can be really fun to play horrifically mean people.

What has surprised you most about your career so far?
SAM: I’m always surprised at the people I meet and the places I get to work. I think one of the most exciting things about being an actor is that no two days are alike. I am constantly learning and finding new ways to improve myself on and off screen.

At this stage of your career, what do you think you have learned from the variety of roles and projects you have worked on?
SAM: You never know who is going to be watching or how it will affect them. Whether it’s a short film, internet skit, studio movie, or a network TV show, I approach every job the same. Acting is a thrill and a privilege and a craft that constantly needs to be fine-tuned. I am always learning about myself from the characters I play. I will never stop “sharpening the sword,” if you will.

Then what are the perks of where you are in your career right now?
SAM: Occasionally a stranger asks me if I’m the “gay warehouse guy” from THE OFFICE and I get to take a selfie with them, so that’s exciting.

If there was one previous role you would like to revisit, which would it be and why?
SAM: Win Barrington! I think there’s more life left for him and Daisy on MADAM SECRETARY. Especially now that she has a child she needs help raising and with legal marijuana being in the national spotlight.

Do any of your characters and the situations they find themselves in ever leave a lasting impression on you?
SAM: I don’t think there’s ever been a character I’ve played that hasn’t left a lasting impression on me. I think just as I draw from real life experiences to bring characters I portray to life, I also try to learn from the fictional characters I’ve played and take what lessons I can from them to apply to my real life.

Do you find any of your character’s habits manifesting in your own life? Like what?
SAM: I learned how to ride a motorcycle for the movie “Black Road.” I wish that I continued riding after filming, however, my wife had other plans. I guess I’ll strive to drive a fancy car like Win Barrington one day and stick to four wheels for now.

Has there been any great advice you have gotten about working as an actor?
SAM: One word: BREATHE.

Do you have any other upcoming projects that you can share that fans should keep an eye out for?
SAM: I just wrapped a crime thriller called “Cut Throat City.” The film is directed by the RZA and stars Wesley snipes, TI, Eiza Gonzalez, Shameik Moore among many other fantastic actors. Look out for this film at the end of this year or beginning of 2019. It’s going to be HOT!

All new episodes of MADAM SECRETARY return on Sunday, March 11th and be on the lookout for the release of “Office Uprising” in theaters coming out this year.