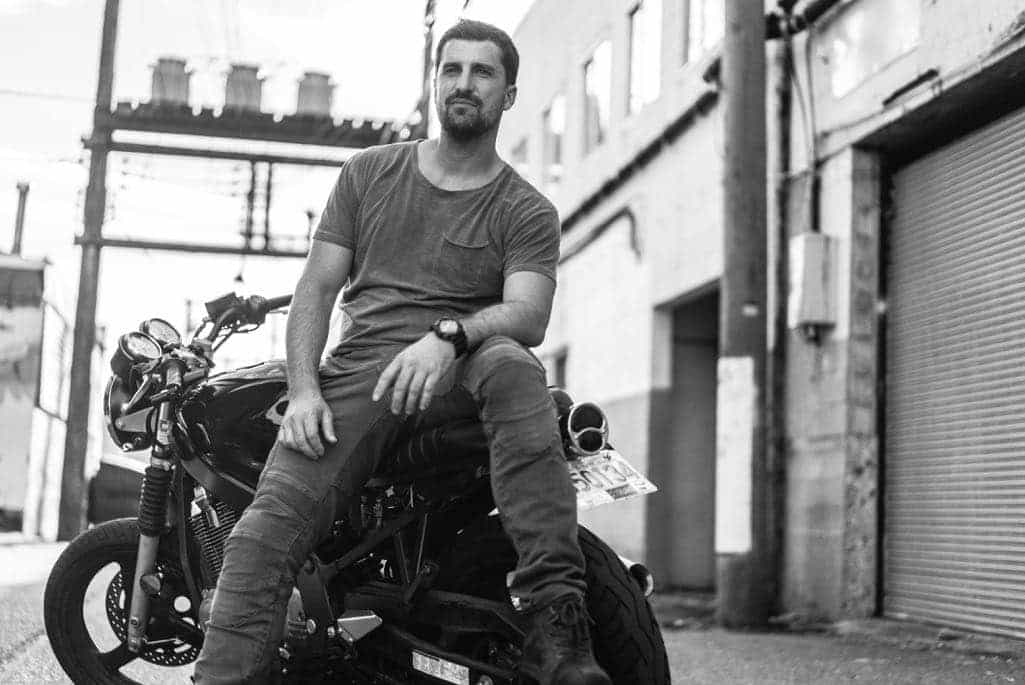 If you are watching any show on the CW or Syfy these days, chances are good that you have seen Jason Bell in nearly all of them. A stunt performer in high demand, Jason Bell has virtually stepped into the shoes for many actors on shows like ARROW, THE FLASH, SUPERGIRL, LEGENDS OF TOMORROW, THE 100, iZOMBIE, RIVERDALE, TIMELESS, PRISON BREAK, KILLJOYS, DARK MATTER, VAN HELSING and many more. Stunt performers are the ones who do all those stunts that require a specific skill set to accomplish or are a bit too risky for actors to undertake. In an exclusive interview, Jason Bell talks about getting his start in film and television stunt performance and the appeal of that kind of action work.

How did you first get involved in professional stunts? How does one go from being in the Army to stunt work?
JASON: After college, I ended up moving around, tried different jobs and eventually ended up in the army. I always wanted to test myself and had a fascination with joining up. After seven years and one combat tour to Afghanistan, I decided to hang up the boots and try my hand in film. A bunch of friends and my sister, who is an assistant director, helped nudge me towards working in the industry. I started training where local performers trained, started networking and throwing my resume out there.

These days, how do you typically get a cast or recruited for a stunt role?
JASON: 95% of the time it’s through the stunt department. There might be the odd time where I get submitted through casting or another connection, but those are more rare.

Are there any kinds of stunts that you are particularly drawn to?
JASON: I love doing the big stunts. Anytime I’m doing wire work, ratchets, stair falls or being thrown through glass, I really get pumped up. I have yet to do a fire burn, which does intimidate me a little, but I definitely want to try my hand at it.

Are there stunts that you like to avoid?
JASON: I haven’t avoided a stunt or turned something down. The only ones I might avoid are the ones I don’t think I’d be the best guy for. I’m currently working on my stunt and precision driving, but I don’t market myself towards those. I’ll leave those to the veteran drivers of the business.

Are there stunts you wish you could do that you haven’t had a chance to do yet? What would be the “Holy Grail” so-to-speak in stunts?
JASON: Full body burn or partial body burn. These can be some of the most dangerous stunts, but if you have a solid stunt and safety team behind you, they can be epic!

What have been some of your favorite stunt roles/projects?
JASON: Stunt doubling Hawkman on LEGENDS OF TOMORROW. I’ve had the amazing opportunity to be very involved with this production from day one. We did three weeks of straight rehearsals even before we went to camera. It’s quite different when you’re part of a core team and not day playing on a bunch of shows. It’s one of the opportunities where I learned the most.

With all the careful choreography and planning that goes into stunts, are there certain types of injuries you watch for when working?
JASON: There are a variety of injuries that can happen when conducting stunt work, especially during complex wire work. Those have the potential to go awry very quickly. But it’s a rare occasion for me as I’ve worked with some of the most talented and skilled stunt riggers in the world.

What kind of daily/weekly workout regimen do you have to do to stay fit for the stunt work?
JASON: I train with my Taekwondo master two to three times a week, weight train four days a week and fill the gaps training at the local parkour and boxing gyms. I like to keep it varied but also regimented at the same time. If I’m really lucky and find the time, I’ll go rock climbing.

What is your advice to those looking to get into stunt work?
JASON: Start taking up new skills to advance your performance abilities. Network and train where you know the locals train, ask a million questions and always offer to volunteer. Volunteering goes a long way in this community and coordinators can weed out who’s hungry and who’s just waiting for the phone to ring. It’s a very tight community so reputation goes a long way. And be humble. Always be humble.

What was the best advice you have gotten in your career?
JASON: Show up early, make the coordinator look good for hiring you, don’t get injured, go home and get paid. It’s a simple ideology but it makes perfect sense. If you can be on time and do the best possible job, you’ll get by just fine.

What are the perks of where you are in your career right now?
JASON: I’m much more confident with my role in the stunt community. Unless TV and film disappear, I know I’ll always have a job somewhere. My career also allows me to be at home with my wife and daughter, who is almost three.

At this stage of your career, what do you think you have learned from the amazing variety of roles and projects you have worked on?
JASON: I’ve learned about the immense amount of work that goes into a single episode of some of TV’s favorite shows. Every episode takes hundreds of man-hours. I’ve also learned that everyone from the production assistant to the director has an important role to play and we really can’t achieve what we do without everyone on board. Sounds corny but it’s true.

You have worked on some cool TV shows in the past few years. What kinds of stunts did you do for shows like: ARROW, THE FLASH, SUPERGIRL, LEGENDS OF TOMORROW, RIVERDALE?
JASON: Aside from RIVERDALE, I do mostly fighting and wire work. Shows like ARROW and LEGENDS OF TOMORROW are fight heavy, whereas SUPERGIRL and THE FLASH tend to have tons of wire work. I’m lucky I have average height and weight so I can double many actors and play a non-descriptive stunt performer.

What was it like working on those shows?
JASON: Every time I get called to work, I know it’s going to be completely different from the last day I worked on that show. I always get to play a different bad guy or SWAT-like character. I do quite enjoy doubling some of the superhero characters though. I had the chance to double Commander Steele in LEGENDS OF TOMORROW, which was a blast. And the costume looked pretty cool.

What was your favorite part about working on these projects?
JASON: Working with such a solid group of stunt folks. When I’m on set, eating dirt for hours on end, it’s always better when I’m doing it with good people. If I didn’t love the people I work with, I don’t what I would do.

What do you hope viewers take away from watching your stunt work?
JASON: I hope they get a product that is believable and something they simply enjoy. There’s so much work that goes into some of these stunt sequences and sometimes I don’t have much time to prepare. I get thrown through windows, hit by cars and endlessly beat up for the viewers pleasure, but I love doing it for them.

Do you have any current or upcoming projects that you can share that fans should keep an eye out for?
JASON: I had the opportunity to work on “War for the Planet of the Apes,” which will be released in 2017. It’s a massive production and there are many great and talented people on the cast and crew. I’m excited to see the outcome. I think it’s going to be pretty epic and more action packed than the last two.

What do you aspire to do next?
JASON: I’d like to get into writing and producing. I can see why people go in that direction because you get to create a world, characters and everything in between. I’ve started writing a very rough draft with a couple of fellow stuntmen for a future project, but it’s just an idea right now.

As you continue to watch LEGENDS OF TOMORROW or one of the other high-octane television shows filming in Vancouver or Toronto right now, keep your eyes peeled and see if you can spot one of Jason’s wire work performances. More often than not, you are likely seeing him more than you would expect! (All new episodes of LEGENDS OF TOMORROW will air Tuesday nights at 9:00 p.m. starting January 24, 2017 on the CW and RIVERDALE premieres January 26, 2017 at 9:00 p.m. on the CW.)