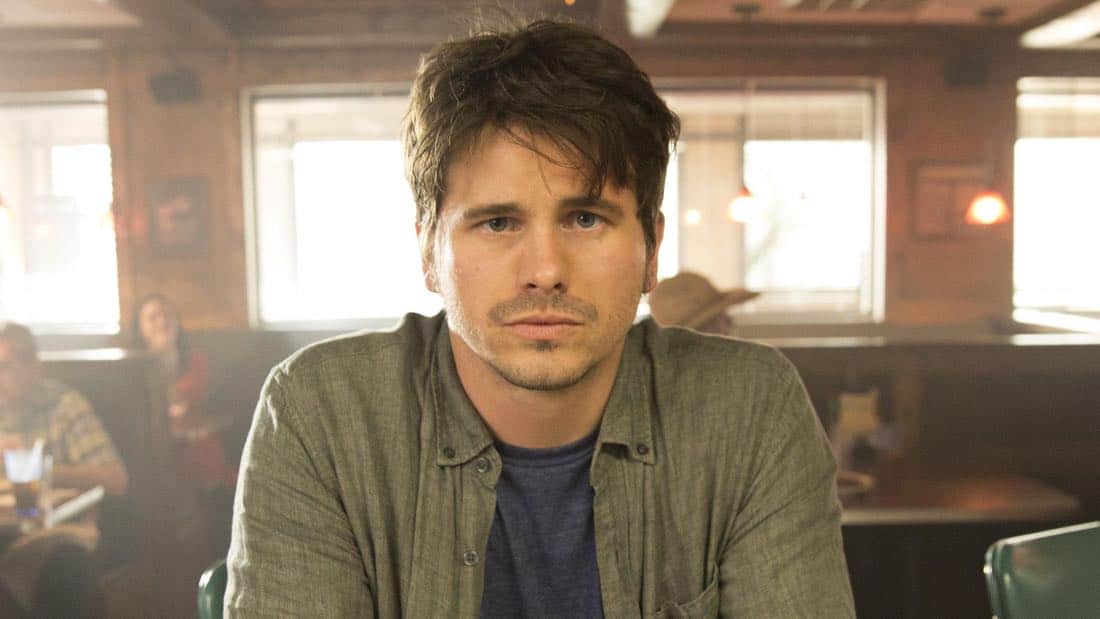 As a special treat, KEVIN PROBABLY SAVES THE WORLD brings back the fan-favorite duo of Bret Harrison and Tyler Labine from the 2007 TV series REAPER to reprise their roles as Sam and Sock in this week’s episode entitled “Old Friends.” In REAPER, Sam (Bret Harrison) was tasked with tracking down demons who had escaped Hell, with the aid of his trusty and stalwart friend Socks (Tyler Labine). As both REAPER and KEVIN PROBABLY SAVES THE WORLD were co-created by executive producers Michele Fakezas and Tara Butters and both shows fit within the same supernaturally-infused universe, it is seemingly a match made in Heaven for there to be a crossover between them. In an exclusive interview, Jason Ritter talks about welcoming Bret and Tyler to KEVIN PROBABLY SAVES THE WORLD and what is coming up as the show wraps its first season.

What can you share about this week’s episode with the REAPER reunion?
JASON: That was a really fun thing. I think that the fans of REAPER will really appreciate the work that went into that scene. The place that they’ve been living is just filled with things from different REAPER episodes and some extra things so you can sort of fill in the blanks of what’s happening, the two guys have been up to all these years later. And yeah, I think for die hard REAPER fans it’ll really be like a pause and scour the backgrounds type of situation. And I think for people who have never seen REAPER, I think they’ll be intrigued enough to maybe go back and watch, which I highly recommend.

Were you a fan of the show REAPER when it first aired?
JASON: I was a fan of the show, originally. There were things that I hadn’t seen, like episodes that I hadn’t seen, and I thought were just cool things in the background for our show and they were like, “No, this is from this [REAPER] episode.” So, they schooled me. Now I do wanna go back and watch all the episodes in order. Plus, I’ve known Tyler [Labine] for a long time and he’s always just so great. The dynamic between the three of the leads [Tyler Labine, Bret Harrison, and Missy Peregrym] was just so fun on that show.

How was it welcoming Brett and Tyler to KEVIN PROBABLY SAVES THE WORLD?
JASON: It was great. They did great. It’s both complicated and fun to think of these two universes, who both have complicated world rules and all sorts of other worldly figures. It’s fun to think that they occupy the same universe and they’re just sort of occupying different sides of the world.

In addition to the REAPER guys coming to visit, there’s also another guest star by the name of Marc, who’s supposed to be having a story that Kevin’s supposed to help with. What can you share about that?
JASON: Yes, Marc’s a teenager who’s sort of gone off the beaten path and trying to make his own way in the world. It actually becomes one of the more complicated cases for Kevin because what Marc says he needs help with is something that Kevin is not super comfortable with. So it’s: how do you help someone when what they think that they need feels like the wrong way forward? Do you help someone in spite of themselves or are you supposed to just do what they say they need? It becomes sort of a complicated question for Kevin. But, luckily, he has some unexpected help.

Kevin seems to be striking out a bit on his own these days. He’s been kind of butting heads with Yvette (Kimberley Herbert Gregory). Is he gonna pursue his own way of helping people? Or is he gonna kind of tow the line and work with Yvette more?
JASON: It’s a little bit of both. I think Kevin is easily distracted. There’s a lot of times where he thinks he knows what the right thing to do is and he’s wrong. He could probably do with listening to Yvette a little bit more. And, I think there’s a big humbling of Kevin that begins in the end of the episode that just aired and continues through, where by going out on his own and deciding it was a good idea to pretend to be this woman that Tyler met in order to try and let him down gently. It sort of spiraled out of his control and ended up really hurting someone that he cares a lot about. I think he’s on his back legs and he’s not as confident as he was even an episode ago. Yeah, he may find himself doing some more listening, whereas before he was like, “Okay, I got it. Now, I’ll just do what I want.”

Obviously he got a bit of a comeuppance, but what lengths will Kevin go to to win Tyler’s (Dustin Ybarra) friendship back?
JASON: I think he’ll go to any lengths. I mean, that relationship is so important. It is so hard for him to see Tyler be upset with him. It’s hard for him to focus on his very important other mission to “save the world” when his best friend is this upset with him. So, in the next episode and the next couple of episodes, he’s trying to kind of sort of focus on what the universe wants him to do, but he’s also really, really focused on winning Tyler back and apologizing to him. But he doesn’t have too much experience in that either. So it becomes a difficult road to know what’s right.

Kevin seems to be on a path to repair his relationships with just about everybody and that also includes Kristin (India de Beaufort), so where does she fit into all this at this point? Is she gonna be helping Kevin?
JASON: Well, he enlists her help in trying to apologize to Tyler. Kevin is always a little bit clueless. The way he’s experienced the world is sort of through his own eyes and he has taken a lot of people for granted. So he’s doesn’t even know where to begin with his apologies to Tyler, because when it comes down to it, he doesn’t even seem to know Tyler that well. Tyler’s just been his friend in his mind. He doesn’t sort of kept track of what Tyler likes or what’s interesting to Tyler. So, through trying to figure out how to win Tyler back over, he and Kristin sort of come together and they’re relationship gets sort of deepened and more complicated as well.

Is it a good time for Kevin to be possibly considering a rekindling romance with Kristin or is it just too soon?
JASON: Well, you know, he has a lot of stuff working against him. I mean, it’s hard enough beginning a new relationship, so it’d be even harder rekindling an old relationship that you’ve already really messed up and it’s even harder to do that when you have invisible people telling you what to do and making you look crazy with all the signs from the universe. There’s a particular moment that may have gone well, if not for the universe intruding upon Kevin’s attempts to smooth things over with Kristin. So, yeah, we have a lot of working against him. The universe and his relationship with Kristin seems to be at odds for the moment.

Looking towards the finale, is that going to be a massive cliffhanger or are we gonna see some more answers coming?
JASON: There’s a little bit of both. There’s some answers and then there’s also a huge cliffhanger. I mean, the second season will be a whole new dynamic. I imagine that the second season will have to pick up right where the first season ends because you have to find out what happens afterwards. But, yeah, it definitely was exciting to the finale and see how they kind of wrapped certain things up and then also opened a new cans of worms to make a second season very exciting.

To see what the special REAPER cameo scene is all about and where the universe could possibly taking Kevin as Season 1 rushes towards its exciting season finale, be sure to tune in for this week’s episode on Tuesday, February 20th at 10:00 p.m. on ABC and the final two episodes on February 27th and March 6th. To find out more about the show and for special clips, be sure to follow the show on Twitter @KevinProbably and Jason on Twitter @JasonRitter

Fans can also get caught up on past episodes on the ABC website at: http://abc.go.com/shows/kevin-probably-saves-the-world