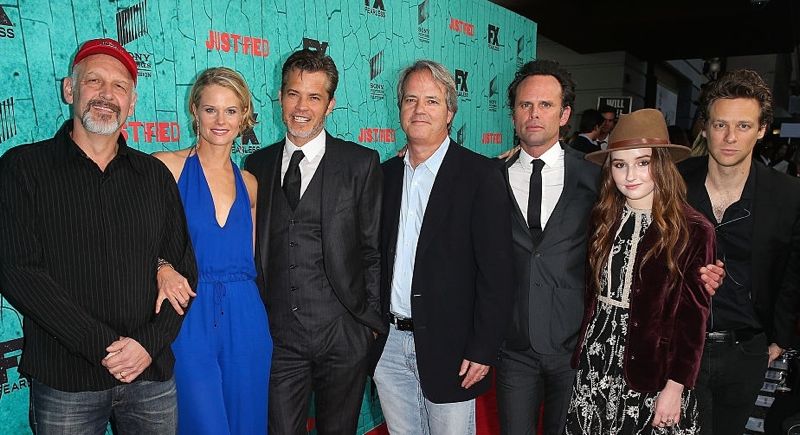 At last night’s special screening at the Montalban Theater in Hollywood, the cast of JUSTIFIED talked about what they hope their character’s legacy and how the show will be remembered.

Star Timothy Olyphant speculated what Raylan and Boyd will miss most from their “dance with the devil” in their final showdown in the finale.  He also invites new viewers and fans to check out the show, they are pretty proud of it. Executive producer Graham Yost talked about what he thought the show did best:  honoring the vision of Elmore Leonard.  Walton Goggins said he was proud that the show depicted life in Maryland, where he grew up, so wonderfully.  Jacob Pitts’ advice for new binge-watching fans is to get out a bit and hydrate.

Six seasons is a lot to get through but it is a wonderful journey.  Fans just discovering the show are in for a treat!

The climatic series finale of JUSTIFIED airs tonight, April 14th at 10:00 p.m. on FX. Whether you have been with the series from the beginning six seasons ago or are a new fan, this episode is not to be missed.  It’s been a thrilling ride and deserves a great send-off with fans everywhere sharing in its bloody, glorious conclusion.